Boris Johnson was quizzed by Labour MP Ben Bradshaw regarding his plans for the UK’s fishing industry during Prime Minister’s Questions. Mr Johnson told the House of Commons that Brexit will deliver a huge uplift to Britain’s fishing sector in just five years.

Mr Bradshaw said: “When the Prime Minister told fishermen in the southwest that they would not face export barriers and when he told Britain’s musicians and artists that they would still be free to tour and work in the rest of the EU after Brexit neither of those statements were correct were they Prime Minister?”

Mr Johnson replied: “It is absolutely true that some British fishermen have faced barriers at the present time due to complications of form filling.

“Indeed, one of the biggest problems is that there is a decline for fish in continental markets just because restaurants are shut.

“The reality is that Brexit will deliver and is delivering a huge uplift in quota already in the next 5 years. 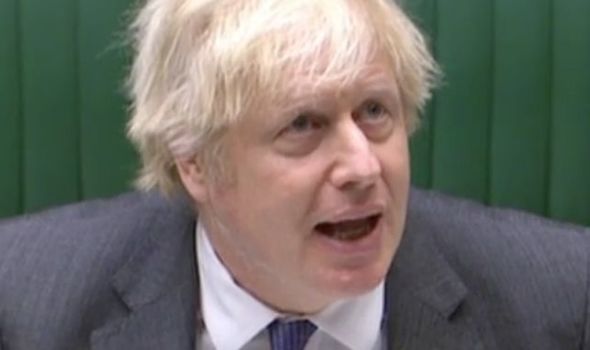 “By 2026 the fishing people in this country will have all the access to all the territorial waters of this country.

“To get them ready for that El Dorado we are investing £100 million in improving our fishing industry.”