What the White House will need to do to fulfill its promise to ensure trade’s benefits are spread more equitably. 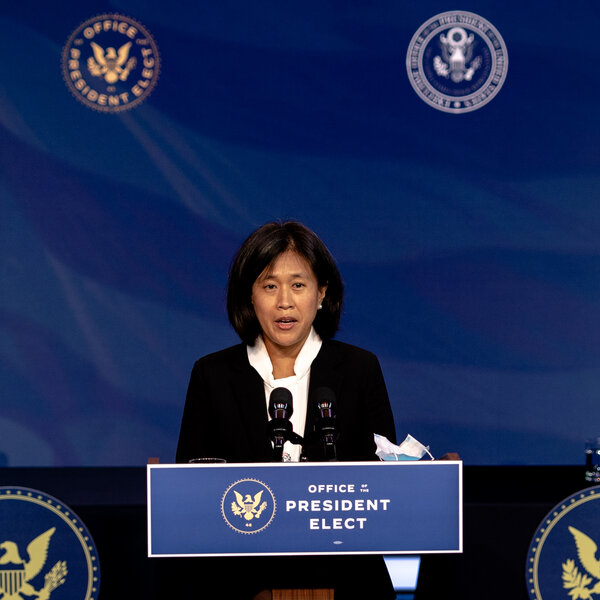 The news on Thursday that consumer prices have risen more than expected in the past year added fuel to a smoldering debate over the threat of inflation as the economy rebounds. It also mostly drowned out another announcement on trade policy, one the Biden administration had hoped would send a major signal that it was breaking from the past.

Katherine Tai, the U.S. trade representative, told the A.F.L.-C.I.O. during a speech on Thursday that the White House was working to put workers first in its negotiations with its trading partners, a shift from the usual focus on macroeconomics and business interests. In her speech, Tai said the previous approach had “created a trust gap with the public about free trade.”

“We want to make trade a force for good that encourages a race to the top,” Tai said. “The first step to achieving this goal is creating a more inclusive process. In order to understand how trade affects workers, we want to come meet with, listen to, and learn from them.”

Our economics reporter Jeanna Smialek interviewed Tai for an article published ahead of her speech. After the address this morning, Jeanna (who was also busy covering the inflation news) spoke to me about what the trade representative’s announcement means — and what the administration would need to do to make good on the commitment.

In her speech today, Ambassador Tai said the United States would put a priority on workers in its dealings with other countries. The Obama administration said some similar things, but frankly the U.S. trade representative’s priorities have long been driven at least partly by corporate interests — which doesn’t always equal a commitment to American workers. If the Biden administration follows through on Tai’s pledge, how significant would this shift be?