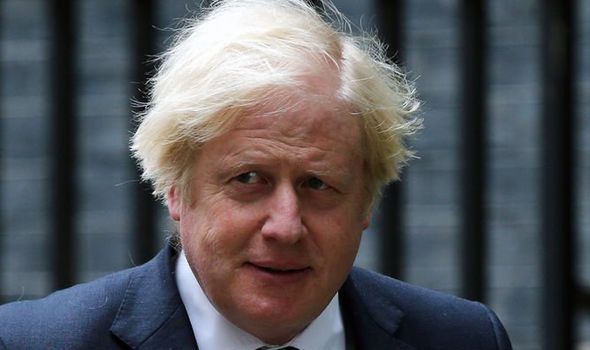 But his spokesman yesterday denied reports that ministers are preparing a “big push” to cajole officials to turn up at their departments.

He also insisted the Government had no plans to slash pay for those who refuse to give up working from home.

No10 officials yesterday dampened expectations of a mass return to Whitehall after union leaders expressed anger at suggestions staff could come under pressure to return to offices.

The Prime Minister’s spokesman said: “As with other employers, the Civil Service is continuing to follow the latest Government guidance, which involves gradually and cautiously increasing the number of staff working in the office.

“There is no suggestion of going beyond that.The guidance is there and we are seeing staff cautiously return to the office.”

Asked about the proportion of civil servants back in their offices, the spokesman said: “Numbers are increasing steadily. We are not working to set targets.”

He added: “It’s worth being clear that individual departments are individual employers.They will have different requirements.

“Throughout the pandemic, a number of civil servants have been working in the office whenever necessary to support the response.

“The Prime Minister has been clear about the benefits of office working. We want to encourage people to work in a safe way. Flexible working is rightly here to stay.”

One report yesterday suggested an unidentified minister had called for civil servants who insist on continuing to work from home to receive less pay.

The minister was said to have claimed it was unfair for those avoiding commuting to enjoy the same income as those making the journey to work.

In response to the report, the Prime Minister’said: “We have no plans for that approach. Flexible working, as with many other employers, is being used throughout the civil service.”

Business Secretary Kwasi Kwarteng yesterday said he wanted officials in his department going into the office two or three days a week. He also strongly rejected suggestions of pay cuts for staff working from home.

“I would never suggest that. I don’t know who it was. I think people working from home are contributing hugely to the workforce,” he told LBC radio.

Mr Kwarteng said that while he would like to see more Department for Business, Energy and Industrial Strategy officials coming in, he was reluctant to set a timetable.

He said: “We don’t know when the pandemic will end. We don’t know what the circumstances will be, but ideally I’d like most workers – all workers – in my department to be coming in two or three days a week.

“I think three days a week is fair. I’m just reluctant to say it has to be by September 1 or September 15. I think it needs to be done fairly soon [but] that we need to look at where we are with the pandemic before we can make that call.”

He said it did not make sense for the Government to try to dictate to private sector employers how quickly to bring back their staff.

“I think flexible working is something that is here to stay, but I’ve always said that I think it’s up to employers and employees to come to their own arrangements depending on the needs of the company and the needs of the business,” he told the BBC Radio 4 Today programme.

Earlier, unions reacted angrily to the suggestion home workers faced a pay cut. Dave Penman, general secretary of the FDA, represpokesman senting Civil Service bosses, said: “These insulting comments from ministers and politicians only demonstrate they are out of touch with modern working practices.”

Mr Penman added: “What should matter to ministers is whether public services are being delivered effectively, not where civil servants are sitting on a particular day.”