Boris Johnson has been moved to intensive care after his condition worsened, Downing Street has said.

The prime minister was admitted to St Thomas’ Hospital in London on Sunday night – 10 days after testing positive for coronavirus – due to his continuing “persistent” symptoms of COVID-19.

He was initially admitted for further tests but Mr Johnson’s health has since deteriorated, Number 10 said.

Mr Johnson remains conscious and has been moved to intensive care as a precaution should he require ventilation. 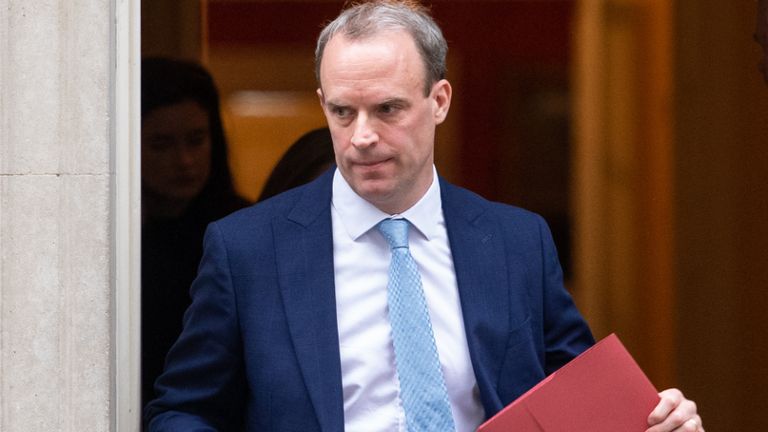 The prime minister has asked Foreign Secretary Dominic Raab to deputise for him “where necessary”, a request that was made before Mr Johnson was moved to intensive care.

A Number 10 spokesman said: “Over the course of this afternoon, the condition of the prime minister has worsened and, on the advice of his medical team, he has been moved to the intensive care unit at the hospital.

“The prime minister has asked Foreign Secretary Dominic Raab, who is the First Secretary of State, to deputise for him where necessary.

“The prime minister is receiving excellent care, and thanks all NHS staff for their hard work and dedication.”

It is understood the decision to move the prime minister to intensive care around 7pm on Monday.

This came shortly after Mr Raab had said, at the government’s daily coronavirus briefing, that Mr Johnson was in “good spirits” after spending a “comfortable” night in hospital.

St Thomas’ is across the River Thames from the Houses of Parliament.

Mr Johnson did not travel to the hospital by ambulance on Sunday night but travelled the short distance from Downing Street by “private transportation”, the prime minister’s official spokesman revealed earlier on Monday.

The prime minister’s pregnant fiancee Carrie Symonds revealed at the weekend she spent a week in bed with coronavirus symptoms.

“All the country’s thoughts are with the prime minister and his family during this incredibly difficult time,” he posted on Twitter on Sunday night.

Scottish First Minister Nicola Sturgeon tweeted: “My thoughts are with the PM and his family – sending him every good wish.”

He added St Thomas’ Hospital “has some of the finest medical staff in the world, and he couldn’t be in safer hands”.