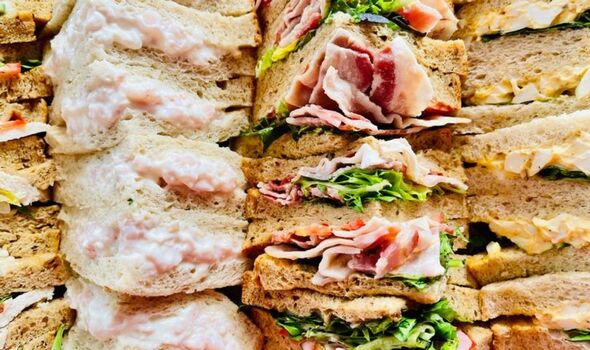 A council spent a staggering £900 on buffet food for a meeting to which only 25 people turned up.

It splashed the cash on sandwiches, crisps, cakes, fruit, juice and disposable cutlery, a receipt shows.

Hundreds of residents were expected to attend the Southwark Council leaseholders meeting on Thursday, January 12.

However, only a handful of locals turned up to the South London meeting after officials tried to cancel it at the last minute due to a tenants’ meeting the night before descending into chaos, sources told MyLondon.

The 25 residents who attended the meeting at the council’s Tooley Street headquarters last Thursday were treated to the equivalent of £36 worth of food per person.

Cllr Jane Salmon, Liberal Democrats member for Surrey Docks said: “I was shocked by the shambolic set up of the meetings and saddened that the tenants and home owners feel so distressed at the poor service they receive.

“These meetings did nothing to alleviate their justified concerns that they are not being heard.

“To find out that the council spent over £900 on food for so few attendees makes this all the more farcical.”

Around 100 people attended in person, while another 300 tuned in online, according to the Southwark Liberal Democrats.

But sources said the meeting soon descended into chaos, with multiple people talking over each other.

Southwark Liberal Democrats said those who attended the meeting noted “a lack of organisation” and said many residents were “not able to be heard” due to “disagreements between attendees and organisers.”

As a result, council officials tried to move the leaseholders meeting the following day entirely online but were stopped by the event’s chair, sources said.

In the end, just 25 residents attended the Thursday meeting in person, compared to 400 leaseholders who tuned in online, the Southwark Liberal Democrats said.

A council spokesperson said: “”We are always grateful to our residents for volunteering their time to help shape council policy and inform how we provide services that meet their needs.

“Treating residents with courtesy and respect is something that has long been reflected in the council’s values.

“We asked tenants and leaseholders to give up their time to attend these resident-chaired meetings, with the option to join in person and online, and we are grateful that so many did so – more than 850 in total across the two evenings.

“Providing refreshments for our residents, many of whom had come straight from work, and with many struggling with the cost of living crisis, felt like the right thing to do, but we will certainly take on board all feedback as we plan future resident meetings.”