Boris Johnson is due to publish an impact assessment of coronavirus restrictions as he continues to try to convince Tory MPs to back his plan for a new tier system in England when the national lockdown ends on Wednesday.

The prime minister is expected to share analysis of the health, economic and social ramifications of the measures taken to suppress COVID-19 ahead of a crunch Commons vote on Tuesday.

According to a tally by Sky News, more than 60 Tory MPs have voiced their unhappiness over tiering or have threatened to rebel over the new measures when it comes to the vote.

On Saturday evening, Mr Johnson wrote a letter to potential Tory rebels offering several olive branches to secure their support for the system.

But despite offering them another chance to vote on the restrictions early next year – meaning the measures could lapse on February 3 – several said they still have reservations.

Conservative MP Peter Bone said he was “undecided” and would make his mind up after seeing the impact assessment, saying: “The dilemma I have is do we do more damage by the tiered system of lockdown, or do we do less.”

Another senior Tory backbencher said that his vote was “still in the balance” as he urged Mr Johnson to provide analysis of how the tier restrictions will affect businesses, saying he did not have confidence that the government was really considering their needs.

Labour leader Sir Keir Starmer, who is expected to hold talks with England’s chief medical officer Professor Chris Whitty today, has not yet said whether the party will support the tier system.

If the party votes against it – and if Mr Johnson suffers a major rebellion from his own MPs – the government could lose the vote. 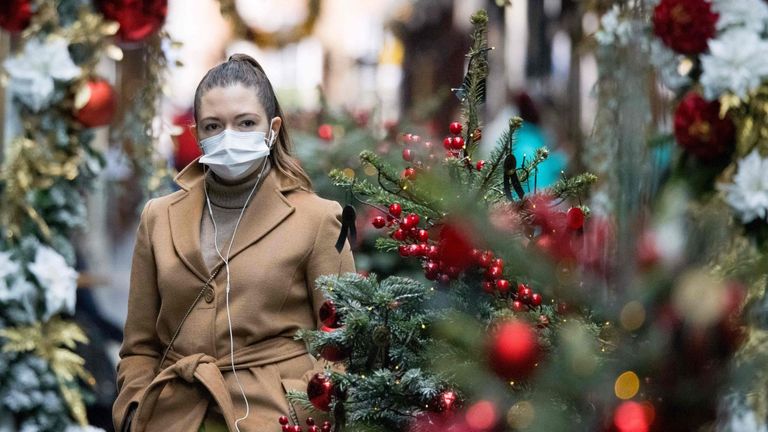 However, the prime minister’s argument for stringent restrictions will be boosted by new figures from an Imperial College London study suggesting coronavirus infections fell by almost a third in England during the second national lockdown.

Professor Paul Elliott, director of the React study at Imperial, has said the findings suggested the tiers before the beginning of November, followed by the lockdown, had helped bring cases down.

“The reality is that we want to come out of national lockdown and stay out of it,” he said.

“We are starting with a more restrictive approach than previously with the localised approach, but that allows us to ease up when we are confident the virus is going down and stabilised – there’s a review every two weeks.”

Under the new proposed restrictions only the Isle of Wight, Cornwall, and the Isles of Scilly will be under the lightest Tier 1 controls, while large swathes of the Midlands, North East and North West are in the most restrictive Tier 3.

In total, 99% of England will enter Tier 2 or 3, with tight restrictions on bars and restaurants and a ban on households mixing indoors.

Another 215 coronavirus deaths in the UK were announced on Sunday, taking the total to 58,245.