The Indian delegation in the UK for this week’s G7 meeting is self-isolating after two positive COVID tests among them, Sky News understands.

Although it is not a G7 member, India was among other countries invited to attend the first in-person meeting of the group’s foreign ministers in more than two years in London this week. 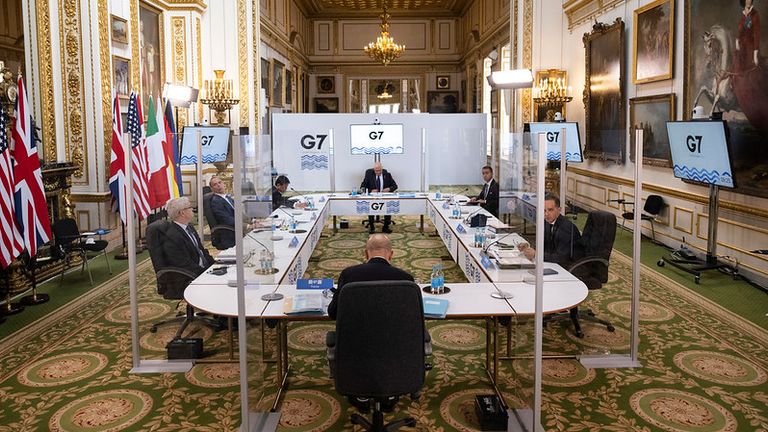 The meeting was described as “COVID-secure talks” ahead of this June’s full G7 summit in Cornwall.

It is understood the two Indian delegation members were found to be COVID positive on Tuesday from PCR tests as part of Public Health England’s testing programme.

Although the India delegation has yet to attend G7 meetings at London’s Lancaster House, where some talks were held on Tuesday, they had been due to do so on Wednesday.

They will now take part in those meetings virtually.

However, Indian ministers and officials did have some other meetings in advance of their planned attendance at the Lancaster House talks.

Sky News understands because Dr Jaishankar has not tested positive, Ms Patel will not be self-isolating.

Dr Jaishankar posted on Twitter on Wednesday morning: “Was made aware yesterday evening of exposure to possible Covid positive cases.

“As a measure of abundant caution and also out of consideration for others, I decided to conduct my engagements in the virtual mode.

“That will be the case with the G7 Meeting today as well.”

Dr Jaishankar had also met with US Secretary of State Antony Blinken on Monday. 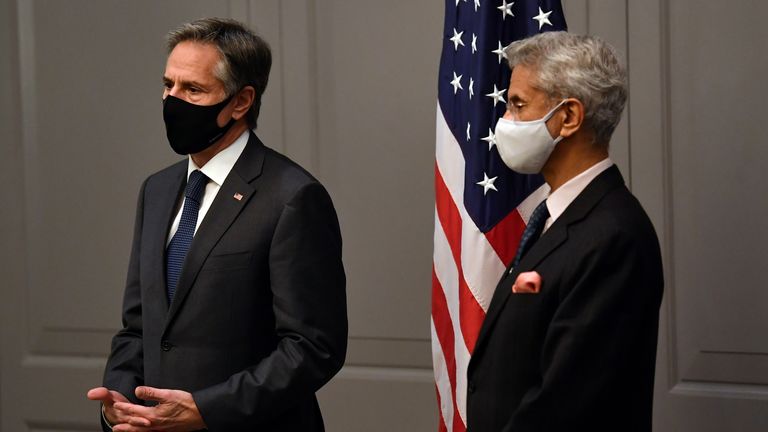 As mask-wearing and social distancing was observed during the India delegation’s in-person meetings this week, it is understood Public Health England do not see a need for the delegation’s contacts to also self-isolate.

A senior UK diplomat said: “We deeply regret that Dr Jaishankar will be unable to attend the meeting today in person but will now attend virtually, but this is exactly why we have put in place strict COVID protocols and daily testing.”

The India delegation were given diplomatic exemptions to the UK’s quarantine rules on their arrival to the UK, although a daily testing regime is in place.

All other G7 attendees will continue to be tested daily and strict social distancing protocols will remain in place. Asked on Sky News whether he knew how many were self-isolating, he said: “I don’t I’m afraid, but obviously Public Health England and the team that are organising G7 take this very seriously.

“We continue to have one of the most robust set of protocols around testing and so we will make sure that happens, but I don’t know the numbers.” 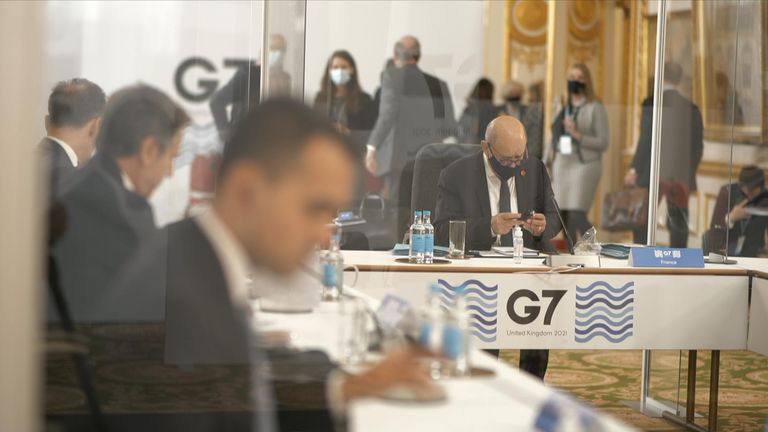 He added: “This is news to me… I can’t really comment.”

The India delegation travelled to London amid a recent surge in COVID cases in their home country, which has led to a scramble for oxygen and other medical supplies in India’s hospitals.

The UK has been among international donors of supplies, with British aid including a shipment of ventilators.