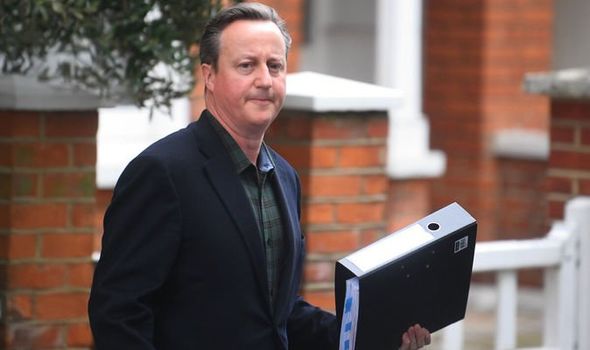 The former PM made calls and sent dozens of messages to ministers and officials as he tried to access Covid support schemes for the firm which has since collapsed.

Because more than two years elapsed between him quitting No 10 to joining Greensill, Mr Cameron’s actions were permissible under current rules, the Commons Treasury committee found.

But it said the rules should be tightened to prevent future episodes.

The committee’s report into the saga was published today.

In it, MPs accepted, “Mr Cameron did not break the rules governing lobbying by former ministers”. But the report said that reflected “on the insufficient strength of the rules”. It said they needed beefing up.

MPs said the Treasury was right to reject the firm’s offer.

And they called into question Mr Cameron’s judgment in lobbying on behalf of Greensill, in which he held shares.

They said there were “signals available” which might have led him to take a “more restrained approach”. MPs were also critical of the Treasury for failing to direct him into “more formal methods of communication”.

Committee chairman Mel Stride said: “The Treasury should have encouraged Mr Cameron into more formal lines of communication as soon as it had identified his personal financial incentives. However, [it] took the right decision to reject the objectives of his lobbying and officials behaved with integrity.”