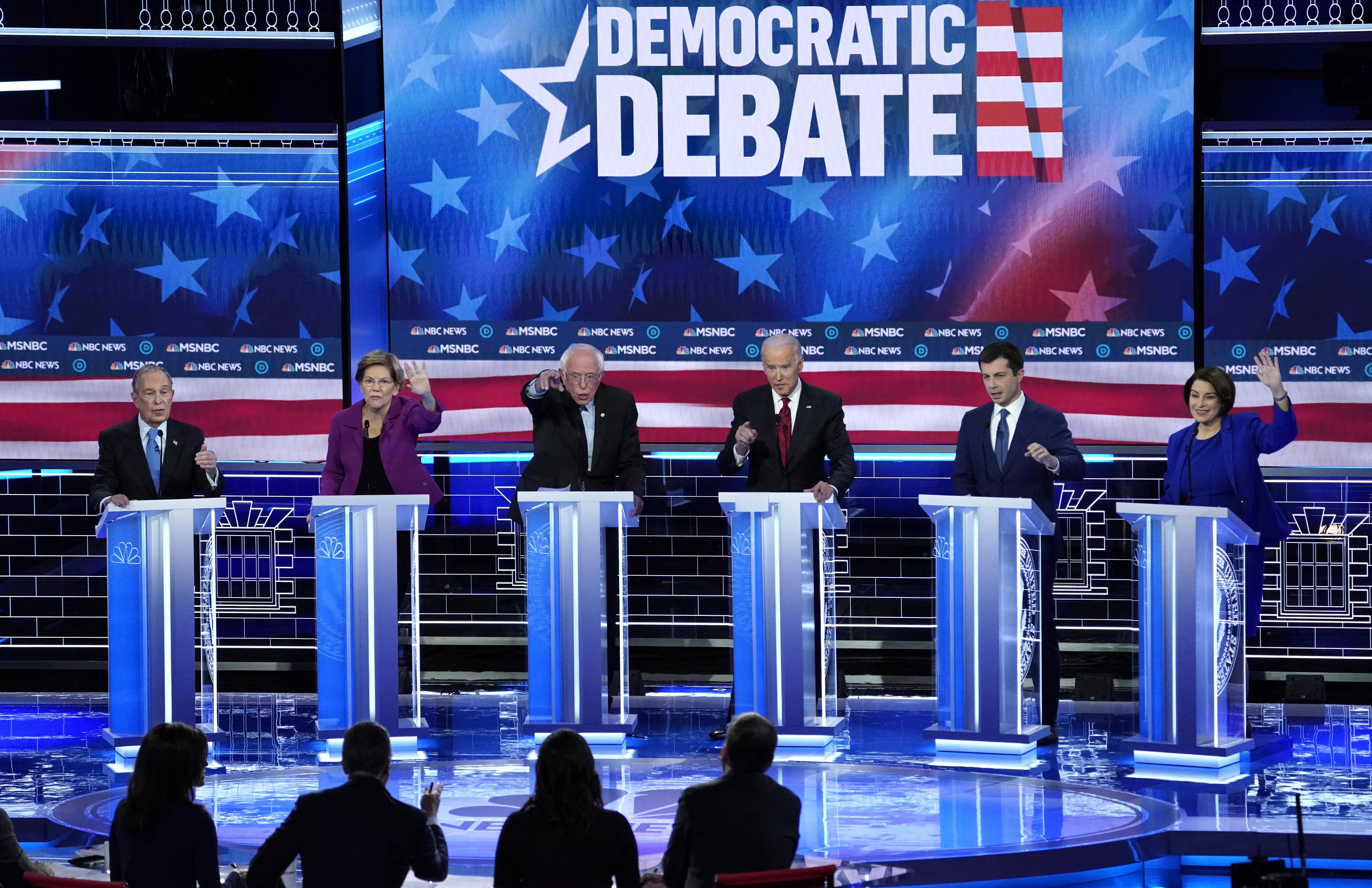 WASHINGTON (Reuters) – The Democratic presidential debate on Wednesday night averaged a record 20 million viewers on NBC and MSNBC, along with another 13.5 million viewers streaming online, the networks announced on Thursday.

Wednesday’s debate – the ninth of the 2020 election cycle and former New York City Mayor Michael Bloomberg’s on-stage debut – was also the top-rated Democratic debate ever in the coveted 25- to 54-year-old slot, according to NBC News and MSNBC.