(Reuters) – In the days leading up to Saturday’s Democratic presidential caucuses in Nevada, Bernie Sanders withstood one attack after another over his Medicare for All plan – both from his rivals and the state’s powerful hotel and casino workers’ union. 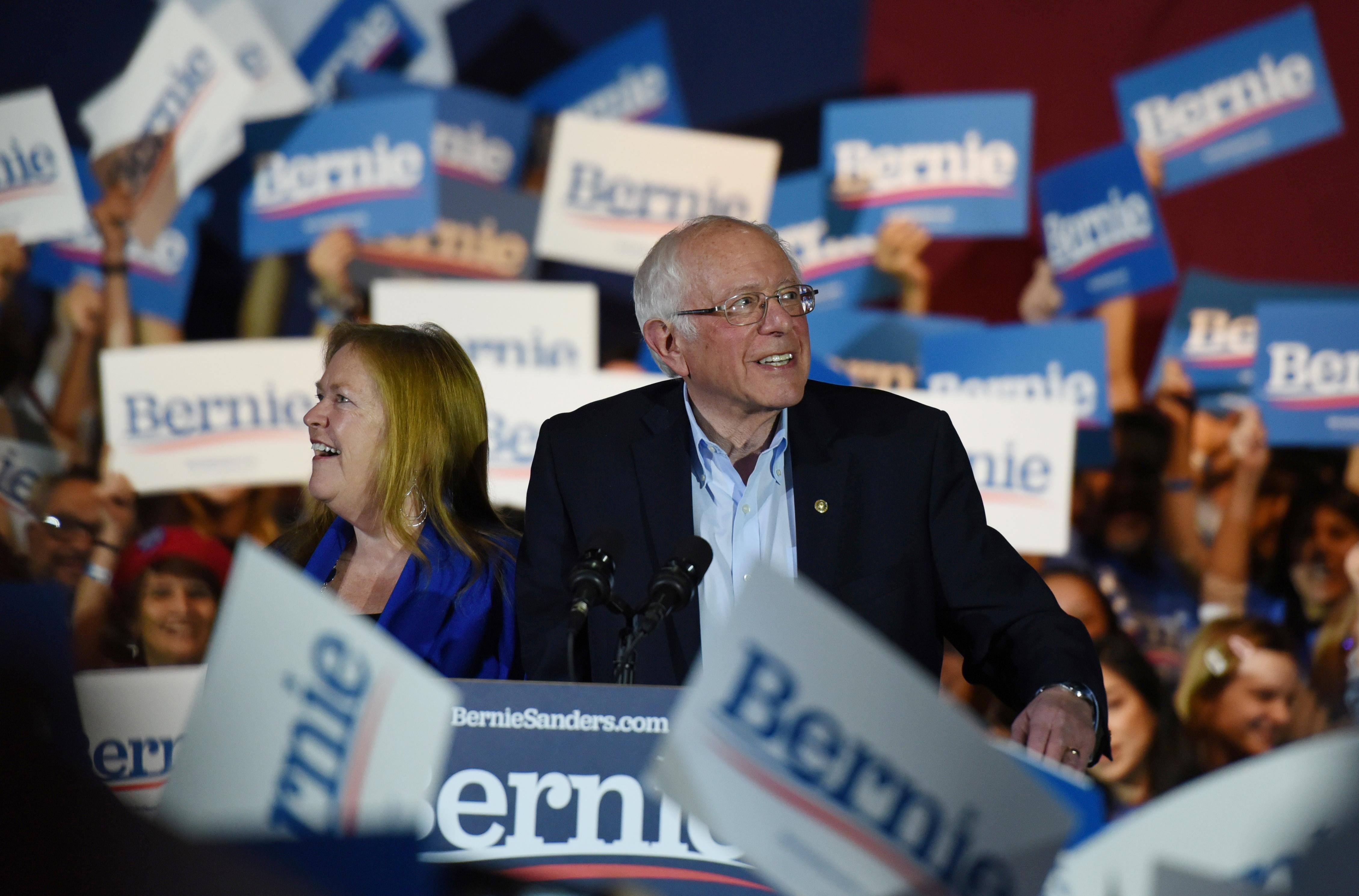 But entrance polls from Edison Research showed more than 60% of caucus-goers favored replacing private insurance with a government-run plan, suggesting Sanders’ sweeping proposal helped deliver his decisive win in Nevada rather than damaging his bid.

Those figures were similar to what polls found in the first two contests in Iowa and New Hampshire, where around 60% of voters also backed Medicare for All and Sanders had strong showings. Among Nevadans who supported a single-payer plan, 49% said they were backing Sanders – more than three times that of any other candidate.

If that dynamic holds in South Carolina, which votes on Saturday, and on March 3, when 14 states host elections on “Super Tuesday,” Sanders could open up an commanding lead despite moderates’ efforts to derail him.

The question for Sanders, and the Democratic Party, is whether Medicare for All could become a liability in November’s general election against Republican President Donald Trump, when the Democratic nominee and hundreds of down-ballot candidates may need the support of swing voters and disaffected Trump supporters.

“I don’t see most Democrats staying home or defecting because of Medicare for All as an issue,” said Joel Payne, a veteran of Democratic presidential campaigns. “What I do see is Democrats being concerned that it is an alienating issue for independents and ‘sometimes Trumpers.’”

There are signs the issue could be a tougher sell in the general election.

Polling data released on Friday from the Kaiser Family Foundation found Medicare for All draws support from a slight majority of Americans. But two-thirds of the public back a public option, which would allow individuals to buy into a government plan but would not require it.

The latter proposal is similar to those put forth by Sanders’ main moderate rivals, former Vice President Joe Biden and former South Bend, Indiana, Mayor Pete Buttigieg, who has coined the phrase “Medicare for all who want it” to describe his plan.

At a debate in Las Vegas on Wednesday, both Buttigieg and Biden castigated Sanders for failing to explain how he would finance Medicare for All, which could cost more than $35 trillion over 10 years, according to some estimates.

“Senator Sanders believes in taking away that choice, removing people from having the option of a private plan and replacing it with a public plan whether you want it or not,” Buttigieg said.

Speaking after his resounding victory in Nevada was confirmed, Sanders remained resolute.

“Together we are going to end the international embarrassment of the United States of America, our great country, being the only major country on earth not to guarantee healthcare to all people,” he told a crowd in Texas.

Some Democrats have said a Sanders nomination risks ceding the party’s electoral advantage on healthcare.

In 2018, when Democrats recaptured control of the U.S. House of Representatives, many candidates focused on Republican efforts to repeal of the Affordable Care Act.

The Kaiser foundation’s polling has found skepticism about Medicare for All among swing voters, particularly in the key battleground states of Michigan, Minnesota, Pennsylvania and Wisconsin.

“That means it could be a much different story in the general election,” Kaiser chief executive Drew Altman said on Sunday.

Analysts said Democrats could still win the healthcare argument if they emphasize Republicans’ failure to propose an alternative. Within the Democratic Party, the distinctions between plans may not matter as much as the common goal.

“While individual Democratic candidates disagree with one another on the speed with which to achieve universal healthcare coverage, I don’t think there’s that much disagreement that that is a goal of the Democratic Party,” said Kyle Kondik, an elections analyst at the University of Virginia.

Sanders has argued his agenda will inspire record-level turnout among people who typically do not participate, lessening the need to appeal to centrist voters.

His dominating victory on Saturday saw him win among voters with and without college degrees, union and nonunion households, and among liberal and moderate or conservative Democrats.

The 35% of voters who said they oppose Medicare for All supported Biden, Buttigieg and U.S. Senator Amy Klobuchar, with Sanders pulling only 8% of those Nevadans.

The powerful Culinary Workers Union had attacked Sanders’ Medicare for All plan, warning it would replace the union’s popular and hard-fought health benefits.

But rank-and-file members appeared to go against the wishes of their leadership and largely backed Sanders anyway, according to entrance polling and interviews.

Outside a caucus at the Bellagio Hotel and Casino, housekeeper Guadeloupe Niswonger, 54, said she liked Sanders’ Medicare for All plan better than her current coverage.

Another housekeeper, Aleiza Smith, 22, said Sanders’ liberal policy proposals appealed to her – prompting her to go against the wishes of Culinary Workers Union leadership.

“I’m not big into politics, but I like the things he’s going for: student loan debt, schools, free healthcare,” Smith said.