WASHINGTON (Reuters) – Billionaire environmentalist Tom Steyer, a fierce critic of President Donald Trump who had pushed early for his impeachment, abandoned his bid for the 2020 Democratic presidential nomination on Saturday after trailing in third place in the South Carolina primary, a campaign source told Reuters. 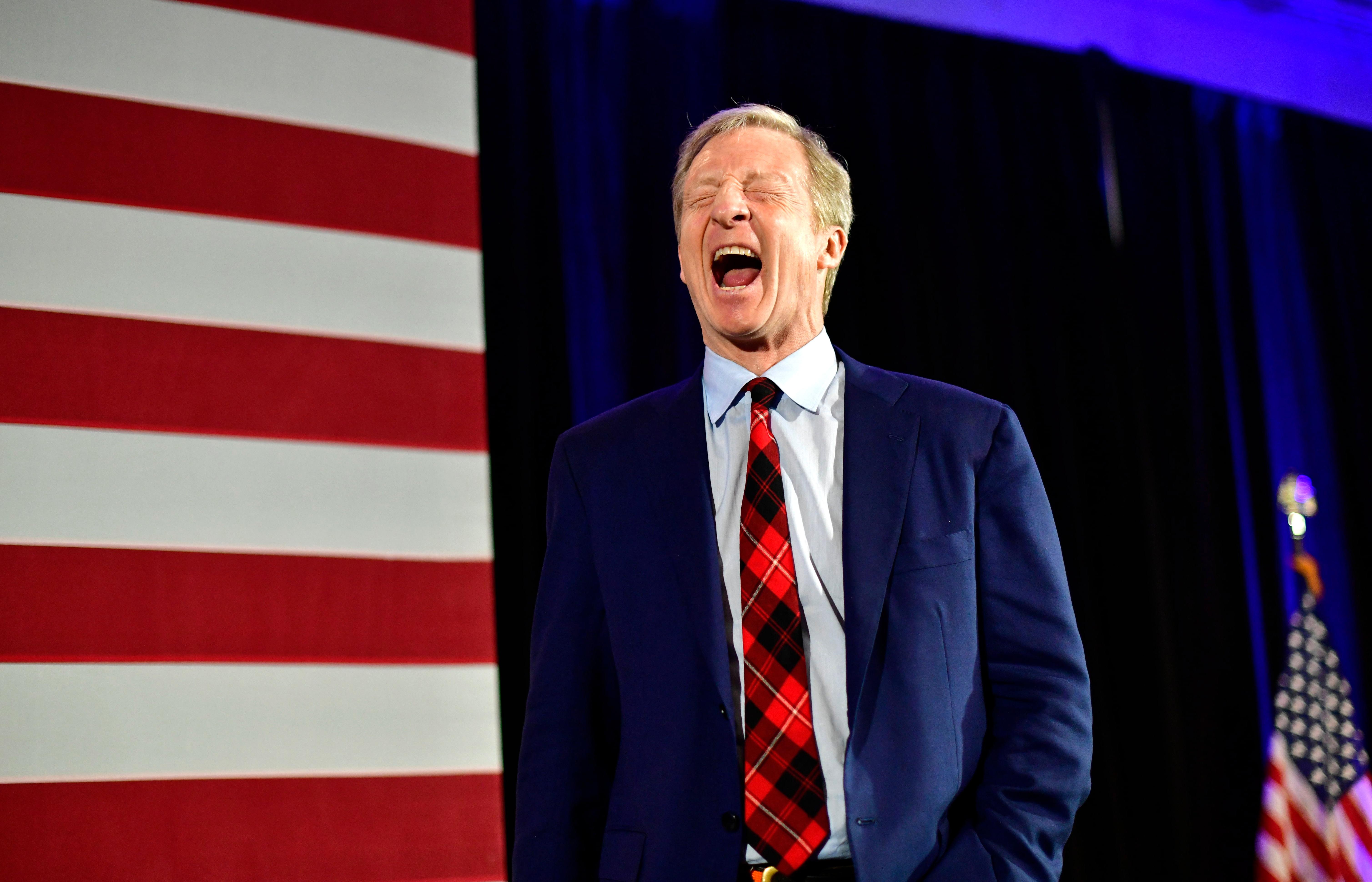 Steyer, who poured hundreds of millions of dollars of his own money into his quest, dropped out of the race on the day of his strongest showing yet in a 2020 Democratic nominating contest. Even so, he finished far behind winner Joe Biden and second-place finisher Bernie Sanders.

“Honestly, I can’t see a path where I can win the presidency,” Steyer told supporters in South Carolina.

“I love you very much, this has been a great experience, I have zero regrets. Meeting you and the people of America has been a highlight of my life.”

The 62-year-old former hedge fund manager from San Francisco portrayed himself as a political outsider and blasted corporate money in U.S. politics in July, when he joined a field of two dozen Democrats seeking to deny Trump, a Republican, a second term.

He poured $64.7 million of his own wealth in January into his bid for the Democratic nomination, bringing his total campaign spending to $267 million.

Like fellow billionaire Michael Bloomberg, Steyer drew criticism from other Democrats as trying to buy his way to the nomination. Spending tens of millions of dollars, however, did not win the level of support from voters needed.

Steyer said he would support the eventual Democratic nominee.

Steyer amassed a fortune, estimated by Forbes magazine at $1.6 billion, after founding investment firm Farallon Capital Management in the mid-1980s and serving as a partner at San Francisco private equity firm Hellman & Friedman.

In January 2019, he had said he was passing on a 2020 run to focus on efforts to impeach Trump and get Democrats elected to the U.S. Congress.

Steyer has been a force in Democratic fundraising over the past decade. During the 2018 election cycle, he was the second-largest donor to Democratic and liberal candidates and causes, according to the Center for Responsive Politics.

He has worked for years on climate change and voter engagement and donated about $170 million since 2015 to his independent political action committees, Need to Impeach and NextGen America.