The EU Ambassador to the UK rejected criticism of the European Union’s handling of the Northern Ireland protocol. Speaking to Tom Newton Dunn on Times Radio, João Vale de Almeida said that the bloc was dealing with the post-Brexit trade rules in Northern Ireland with “pragmatism that we have shown nowhere else in the world.” The UK’s Brexit minister, Lord Frost, wrote in the Financial Times this week that the EU should change its approach to the protocol, and that it “needs a new playbook for dealing with neighbours, one that involves pragmatic solutions between friends.”

Mr Newton Dunn put it to Mr de Almeida that a fifth of all the EU’s border checks throughout the continent are carried out in Northern Ireland.

He asked him: “How is that a pragmatic approach to implementing the Northern Ireland protocol?”

“Because it’s very difficult to compare what you do in Rotterdam when you have to deal with big containers coming from China and what you have to do in Northern Ireland with very small parcels and various small items.

JUST IN:   Matt Hancock announcement: Health Secretary to issue urgent update as June 21 on the brink 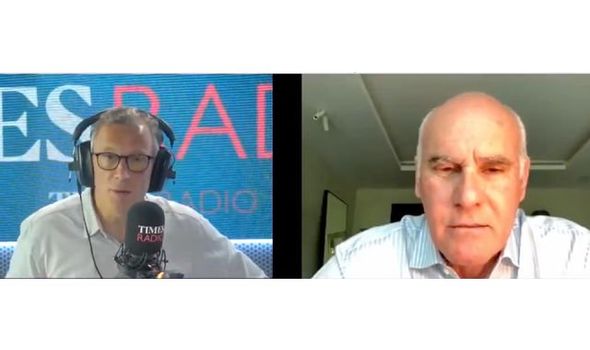 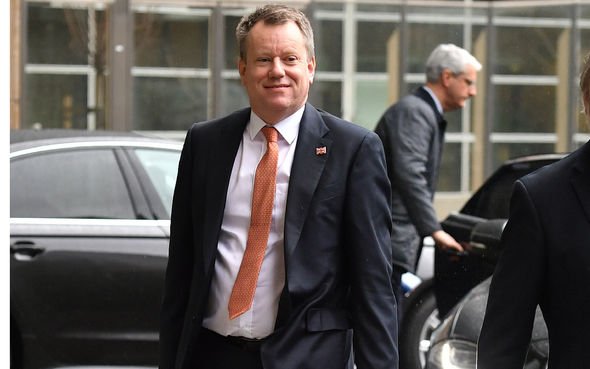 “So the comparison is not a valuable one.

“We have shown in Northern Ireland a degree of pragmatism that we have shown nowhere else in the world.

“Let me give you this element of contextualisation: it is the first time in history that the European Union outsources to a third country the control of its external border.

“We are doing it together with the UK but it’s the responsibility of the United Kingdom.

“It’s the first time that we do this – this shows the degree of pragmatism but also the degree of our commitment to peace and prosperity in Northern Ireland.”

“The protocol is the proof that we want, in spite of Brexit, in spite of the Brexit chosen by the British side, that we still want to preserve the Good Friday Agreement and we want to create the best conditions for people and business in Northern Ireland.

“The only way forward is [to] implement the protocol in a pragmatic and balanced way.”

In his article this week, Lord Frost accused the EU of “legal purism” ahead of talks with EU officials on Wednesday. 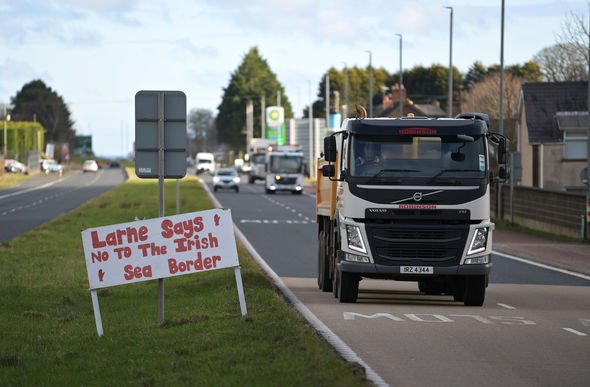 The talks are intended to find a way of simplifying the Northern Ireland protocol, which has caused disruption in trade between the island of Ireland and the rest of the UK since its introduction earlier this year.

Around 30 areas affected by the protocol are set to be discussed, including food trade, used car VAT, and agri-food.

British officials are not thought to be close to securing agreements on the vast majority of issues.

Lord Frost claimed the UK had sent a “detailed proposal” on an agreement for a veterinary goods agreement, but that he had received “very little back.”