Eurocrats said they laughed as they watched the Northern Ireland Secretary speak about the problems caused by the Brexit mechanism. It comes on the same day the UK and EU agreed an extension to grace periods on customs checks required as part of the Protocol.

From Thursday, July 1, the transport of sausages and other chilled meats from Britain across the Irish Sea was set to be banned.

A deal struck by London and Brussels has postponed the checks until the end of September while a more permanent solution is agreed.

Britain has claimed the Protocol is having a damaging impact on the UK’s internal market.

At the weekend Mr Lewis was confronted on the BBC’s Andrew Marr Show with a tweet he sent at the start of the year about the mechanism. 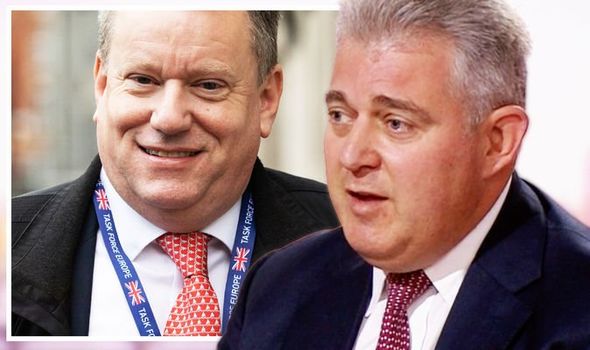 Following the end of the EU transition period, the minister tweeted to say the UK was leaving the trade bloc as a whole and trade between Britain and Northern Ireland would be unimpeded by the deal.

He wrote on social media on January 1: “There is no ‘Irish Sea Border’.

“As we have seen today, the important preparations the Govt and businesses have taken to prepare for the end of the Transition Period are keeping goods flowing freely around the country, including between GB and NI.”

However, at the weekend he admitted the tweet had “not aged well” as he lay blame for problems caused by the Protocol at the feet of the EU.

He told the BBC: “What has happened since then is that what we have seen is the implementation of the protocol, the outworking’s of it, the purist way the EU want to see it, which has meant we have seen disruption in Northern Ireland. 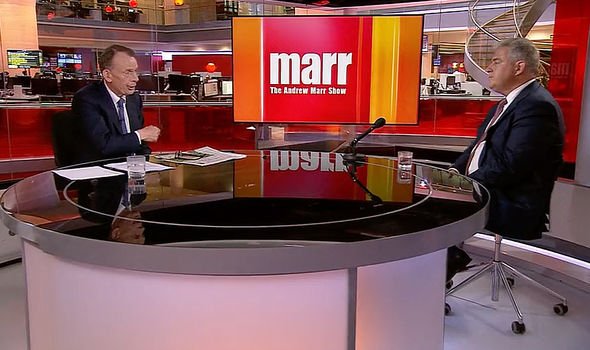 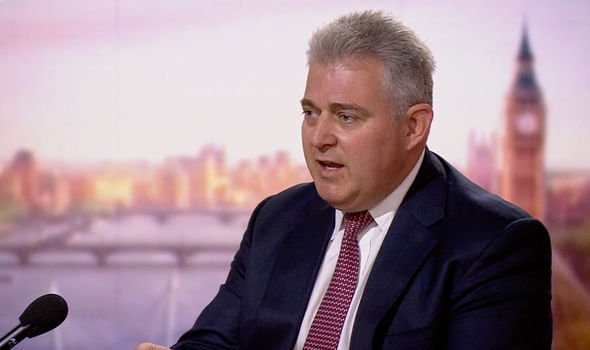 “If you travel to Northern Ireland, when you go through the airports you are not going through a border in the sense anyone expects a border.

“That tweet has not aged well. We have got to make sure we are delivering for people in Northern Ireland. That is a two way thing and the EU need to show the flexibility they keep talking about.”

Struggling to contain themselves as they spoke to Express.co.uk, one senior diplomat said they laughed as they watched the interview.

“I watched Marr at the weekend, when Brandon Lewis admitted his tweet had aged badly,” they said. 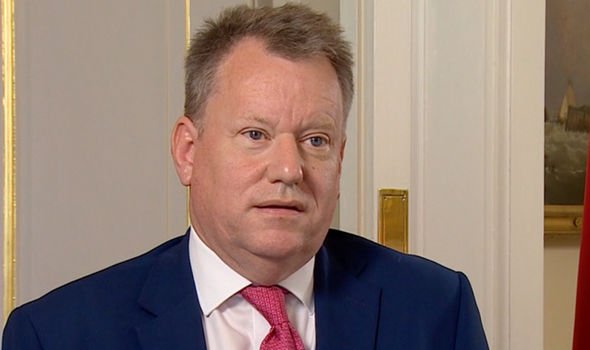 “The problem with the British Government is, they really don’t appear to have understood what they signed up to.”

The EU has claimed strict customs checks are an inevitable consequence of Brexit and were agreed to by the UK in the withdrawal agreement.

The bloc has continued to say Britain must implement the Protocol in full.

On Wednesday the EU said the three month suspension to customs checks will allow businesses more time to adjust to the new relationship.

However, Lord Frost has said the talks on a long term compromise solution are needed.

He said: “We are pleased we have been able to agree a sensible extension on chilled meats moving from Great Britain to Northern Ireland – one that does not require rules in the rest of the UK to align with future changes in EU agrifood rules.

“This is a positive first step but we still need to agree a permanent solution – Northern Ireland is an integral part of the United Kingdom and its consumers should be able to enjoy products they have bought from Great Britain for years.

“This is a very clear sign that the Protocol has to be operated in a pragmatic and proportionate way.”