The European Union and the UK have been fighting against one another for the best Brexit outcome since 2016. But in recent weeks Brexit has been sidelined as the thorniest issue between them. Prime Minister Boris Johnson has spent four years assuring Britons Brexit will make the country thrive and now the nation is at loggerheads with the bloc once again he has the chance to prove it.

The EU has urged member states to consider if vaccine exports are “justified”.

The Executive Vice-President of the European Commission Valdis Dombrovskis said current guidelines have been updated to include principles of “reciprocity” and “proportionality”.

He said AstraZeneca has “only delivered a small portion of its agreed contractual commitments” with the EU.

Mr Dombrovskis said: “Our export authorisation mechanism is not addressed at any specific country.

“But it’s clear that in the EU we also need to ensure vaccination of our own population.” 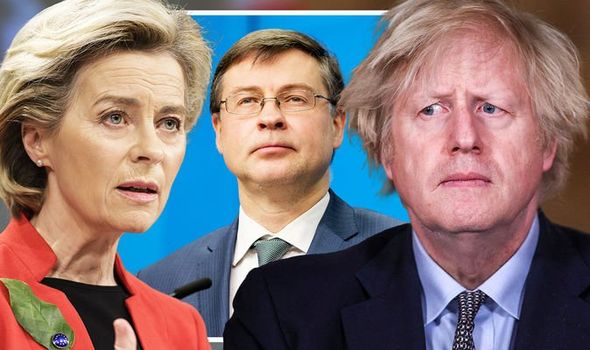 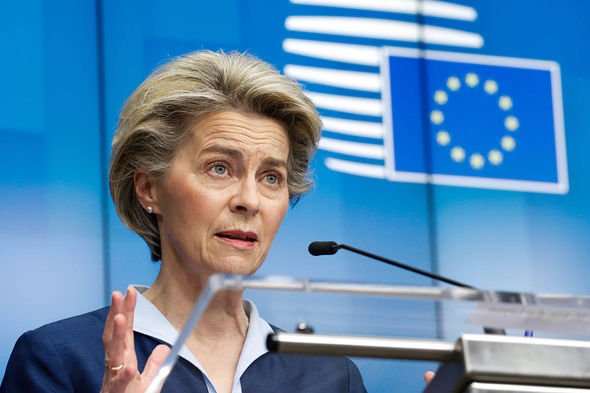 Mr Dombrovskis denied the ban was a punishment for Britain’s successful vaccination rollout, but still did not deny Pfizer exports could be blocked.

He said decisions of this nature would be made on a “case by case basis”.

European Commission President Ursula von der Leyen echoed comments made over the weekend when she told Germany’s Funke newspaper group: “We have the option of banning a planned export.

“That’s the message to AstraZeneca: you fulfil your contract with Europe first before you start supplying to other countries.” 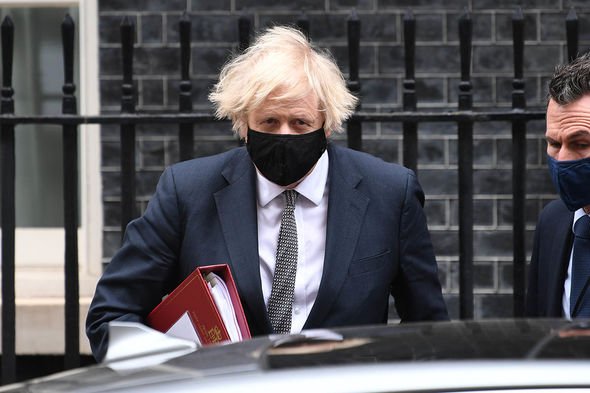 She added: “The EU has an excellent portfolio of different vaccines and we have secured more than enough doses for the entire population.

“But we have to ensure timely and sufficient vaccine deliveries to EU citizens. Every day counts.”

The proposal outlines how the supply line should consider whether a destination country restricts its own exports of vaccines and if the “conditions prevailing”, including the epidemiological situation, vaccination rates and access to jabs, mean exports are “justified”. 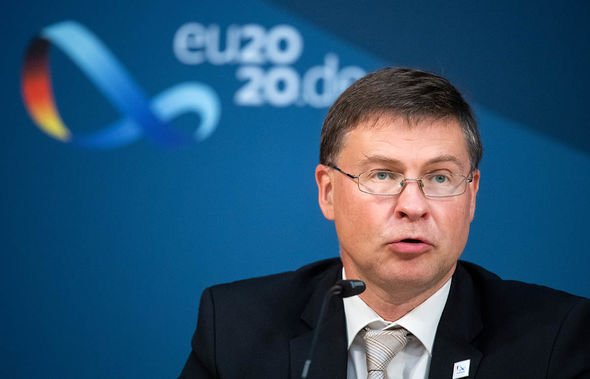 What do EU vaccine controls mean for the UK?

The draft legislation put forward by the EU presents a huge risk to the bloc’s reputation as a free-trade proponent.

The legislation outlines how EU countries should only allow vaccine exports that “do not otherwise pose a threat to the security of supply” of vaccines in the bloc.

This means the European Commission would be empowered to impose an export ban or not.

The legislation is currently just a draft and will be discussed in more detail on Thursday when European leaders meet for a key summit. 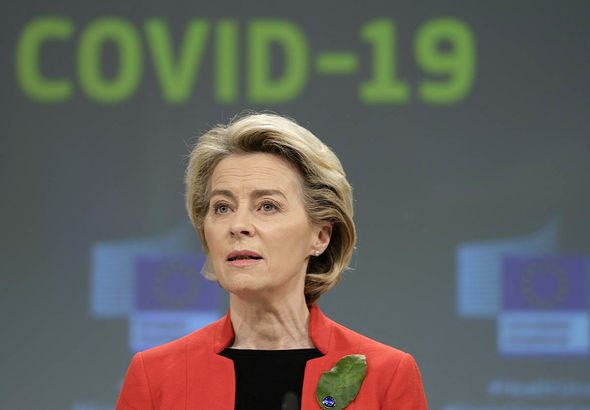 If the legislation is approved and voted into law, the plans could have a significant impact on the UK.

The supply of jabs to Britain could become severely restricted, with experts predicting a knock-on effect of delays of up to two months.

So far most of the Pfizer vaccines sent to the UK have been from Europe.

Disruption to these exports could lead to a significant slowdown of Britain’s rapid vaccine rollout.

Much of the anger from Brussels stems towards the UK/Swedish company AstraZeneca which signed contracts with Britain giving priority to the first 100 million vaccines it produces.

This deal was made in return for research and development funding provided by the UK Government during the early stages of the pandemic.

As a result, once the company faced supply issues, it was legally bound to continue to supply doses to the UK at the expense of other contracts, including its EU deal.

This means AstraZeneca has thus far only supplies 30 percent of its promised doses to the EU for the first quarter of 2021.

Prime Minister Boris Johnson has said the UK is willing to share output from one of the AstraZeneca manufacturing companies based in the Netherlands.

But the bloc also wants access to vaccines produced in Britain.

The UK is unlikely to negotiate on doses produced in the UK because this could seriously impact the vaccination rollout and likely derail the PM’s lockdown easing schedule.

Mr Johnson has called for contracts to be honoured, but the EU’s call for “reciprocity” of export controls is seen by many as an attack on the UK.

If the legislation is passed, much in the same vein of Brexit negotiations, it is likely relations will further break down between Britain and the EU.