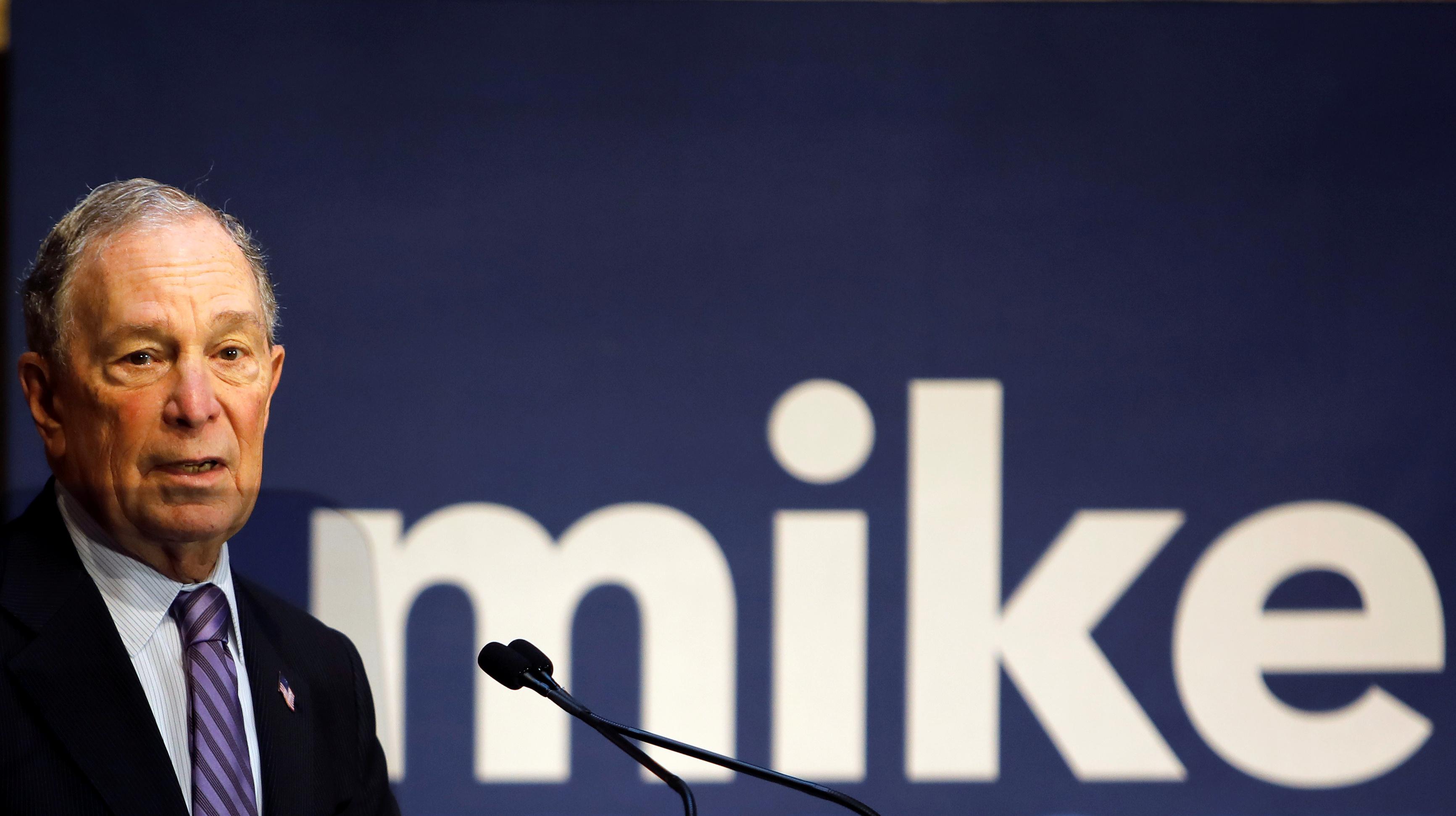 While Bloomberg’s platform does not go as far as that of progressive firebrand and financial services heavyweight Elizabeth Warren, it echoes her platform in several respects:

Among the most eye-catching proposals outlined by Bloomberg on Tuesday was a tax of 0.1% on transactions in stocks, bonds and payments on derivative contracts. Warren has pushed a very similar tax as a means to fund ambitious social programs including a universal heath care plan.

Both candidates have said that they would try to reverse efforts by President Donald Trump’s administration to weaken financial system safeguards introduced in the wake of the 2007-2009 financial crisis.

The two candidates deviate when it comes to investment bank trading: while Bloomberg has called for regulators to restore the Volcker Rule banning banks from proprietary trading, Warren has gone much further by calling for big banks to be broken up in order to sever taxpayer-protected deposits from investment banking.

On Tuesday, Bloomberg outlined a number of consumer protection proposals, hitting on one of Warren’s sweet spots. Like Warren, Bloomberg called for a more robust Consumer Financial Protection Bureau (CFPB), an agency that Warren helped create following the crisis but which both candidates say has been defanged under the Trump administration.

According to Bloomberg, his administration would bolster a CFPB curb on payday lenders that has been diluted by the Trump administration, and would revive a ban on enforced mandatory arbitration overturned by the Republican-led Senate. He said he would also introduce curbs on debt collectors.

He also went after another of Warren’s favorite targets, the credit reporting companies. Bloomberg proposd new privacy and data security rules and said he would empower consumers to dispute or potentially sue the companies for harmful practices.

Student loan relief is also a central plank of Warren’s platform, although she has gone much further than Bloomberg, proposing the cancellation of up to $50,000 in student debt.

On Tuesday, Bloomberg ventured into another of Warren’s wheelhouses – access to financial services. Nearly 85 million Americans do not have a bank account or only have access to basic banking services, according to Federal Deposit Insurance Corporation data compiled in 2017. Like Warren, Bloomberg on Tuesday advocated for the U.S. Postal Service to provide banking services, exploiting its wide distribution network.

CRACKING DOWN ON FINANCIAL CRIME

Both candidates have called for cracking down on white-collar crime with larger fines and more individual accountability for executives involved in corporate scandals. Bloomberg on Tuesday said he would create a dedicated Department of Justice corporate crime prosecutors unit, curb settlement agreements in which prosecutors extract fines without filing charges and boost protections for whistleblowers.

They have both said they would like to beef up efforts to combat money laundering through the disclosure of “beneficial owners,” the individuals ultimately behind U.S. companies.