European Council President Charles Michel has sparked anger in Downing Street after claiming the UK has banned exports of coronavirus jabs. Criticising Britain’s vaccines, he also said the EU had not blocked any vaccines from leaving the continent, despite last week banning a shipment on the AstraZeneca jab from Italy to Australia.

A UK spokesman hit back at the allegations saying: “The UK Government has not blocked the export of a single Covid-19 vaccine.

“Any references to a UK export ban or any restrictions on vaccines are completely false.”

The European Council President made the accusations in a newsletter in which he sought to calm growing anger in the bloc at the slow rollout of its own coronavirus vaccination programme.

Mr Michel wrote: “I am also shocked when I hear the accusations of ‘vaccine nationalism’ against the EU. 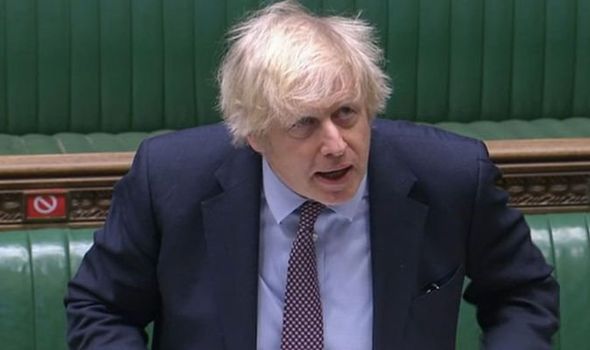 “Here again, the facts do not lie. The United Kingdom and the United States have imposed an outright ban on the export of vaccines or vaccine components produced on their territory.

“But the European Union, the region with the largest vaccine production capacity in the world, has simply put in place a system for controlling the export of doses produced in the EU.

“Our objective: to prevent companies from which we have ordered and pre-financed doses from exporting them to other advanced countries when they have not delivered to us what was promised. The EU has never stopped exporting.”

His remarks were made after the European Commission last week gave permission for Italy to block a shipment of 250,000 AstraZeneca jabs, citing the drugs manufacturer’s failure to supply the bloc with as many doses as they ordered.

The blockage of the shipment came despite Italy sitting on a stockpile of AstraZeneca jabs.

According to EU data from last week, over 1.5 million doses of the Oxford vaccine have been sent to Rome.

However, just 322,000 of those in the country have been administered.

In his newsletter Mr Michel added: “Europe will not use vaccines for propaganda purposes.”

The comments from the senior EU representative are the latest in a series of attempts to discredit the UK’s vaccination scheme.

The bloc has previously accused Britain of failing to follow the scientific evidence on jabs and putting lives at risk, as well as suggesting the AstraZeneca vaccine doesn’t work in older people.