Mr. Manchin stands in the way of the Biden administration’s expansive agenda. But in his home state, progressive Democrats with far-reaching policy goals are not his base — and he knows it. 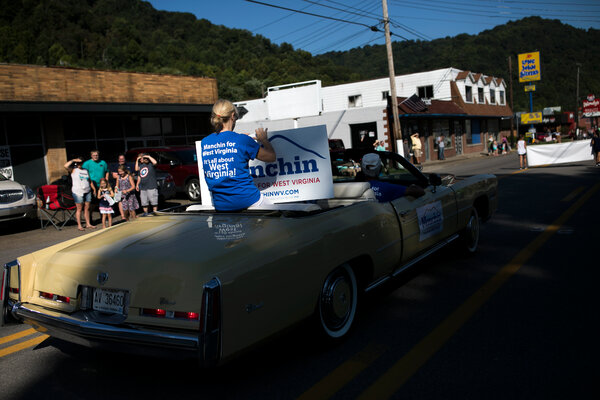 With the fate of the progressive agenda depending on the support of Senator Joe Manchin III, who said again on Sunday that he would not abandon the filibuster to pass an expansive voting rights bill, interest groups and activists are gearing up for a full push to try to sway the moderate Democrat. It would be enough to make almost any Democratic politician in the country squirm.

But probably not a Democrat from West Virginia.

None of the demographic groups that animate today’s Democratic coalition are well-represented in the state. Black, Hispanic, college-educated, young, urban and professional voters all represent a much smaller share of the electorate in West Virginia than just about anywhere else.

White voters without a four-year degree, Donald Trump’s demographic base, made up 69 percent of voters there in 2020, according to census data, the highest in the country. Mr. Trump won West Virginia with 69 percent of the vote in 2020, more than in every state but Wyoming.

With those sorts of numbers, it’s hard to understand how Mr. Manchin is a Democratic senator at all in today’s polarized era. His state voted for Mr. Trump by 39 points last November; no other member of the House or Senate represents a state carried by the other party’s presidential candidate by more than 16 points.

Yet Mr. Manchin’s unique ability to survive in West Virginia is the last vestige of the state’s once-reliable New Deal Democratic tradition, dating to old industrial-era fights over workers’ wages, rights and safety. It was one of the most reliably Democratic states of the second half of the 20th century, voting in defeat for Adlai Stevenson in 1952, Hubert Humphrey, Jimmy Carter in 1980 and Michael Dukakis. The so-called Republican “Southern strategy” yielded no inroads there.