Mr Johnson told Prime Minister’s Questions that he hoped the SNP will “see sense” on the UK’s Brexit stance.

The Prime Minister added that the United Kingdom will prosper regardless of whether a trade deal is secured with the European Union.

Mr Blackford said: “In the last few hours, the President of the European Commission said that the next few days are going to be decisive in the Brexit negotiations.

“With just two weeks to go, it is a disgrace that businesses have been left with this crippling uncertainty and the real threat of food and medicine shortages come the new year.

“People in Scotland now need to know the price that we will be forced to pay. 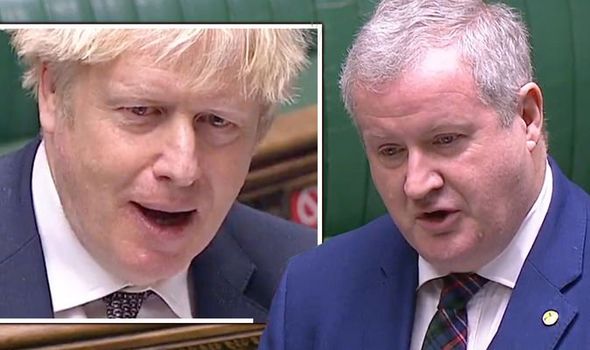 “Ahead of any vote in Parliament will the Prime Minister commit to releasing a detailed economic impact assessment of the cost to the UK for his extreme Brexit plans?”