Sanders cited the novel coronavirus outbreak as a reason for the party to come together behind Biden, the likely Democratic presidential nominee after the progressive firebrand Sanders suspended his White House campaign.

Sanders’ endorsement during an online campaign event came as Biden’s team had already begun reaching out to advocacy groups on the left to enlist their support for the Nov. 3 general election battle against the Republican Trump.

Before the pandemic brought the Democratic primary contest to a virtual halt, Biden had built up a commanding delegate edge over Sanders, leading the U.S. senator from Vermont to declare last week he saw no viable path to the nomination.

Even so, it remained unclear how soon Sanders, who is especially popular with liberal young voters, would rally behind Biden, whose support comes chiefly from the party’s older moderates.

Sanders’ quick move to back Biden made for a stark contrast to 2016, when Sanders waited until the eve of the summer Democratic National Convention to support the then-nominee, Hillary Clinton.

In the online event, Sanders called on Democrats, independents and Republicans “to come together in this campaign to support (Biden’s) candidacy, which I endorse, to make certain that we defeat somebody who I believe … is the most dangerous president in the modern history of this country.”

Biden responded by terming Sanders “the most powerful voice for a fair and more just America.”

With social distancing in widespread effect, Biden has been forced to move the bulk of his campaign to online events and has watched as the global pandemic had relegated the U.S. presidential race to the back burner.

The Sanders endorsement gives him a much-needed jolt of energy and attention.

As the last two standing in a bruising Democratic primary, Biden and Sanders represented the conflict raging within the party between its moderate and liberal wings, with moderates claiming expansive progressive policies would alienate centrist voters needed to beat Trump.

But Biden and Sanders, contemporaries who both have served in the Senate, largely treated each other with civility, even when some on the left wanted Sanders to be more critical of Biden’s moderate approach. 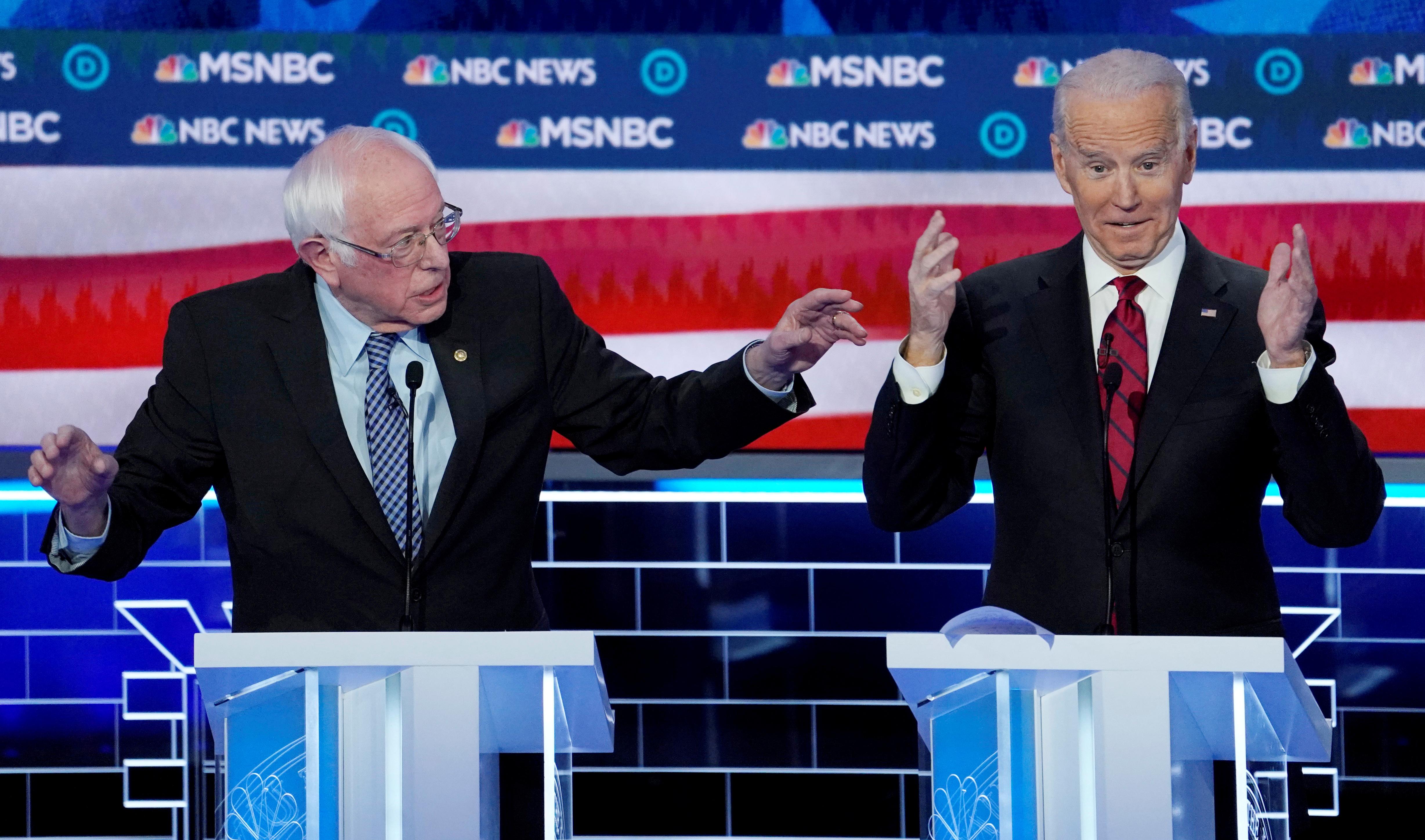 “We’ve disagreed,” Biden said on Monday, “but we’ve been friends.”

Biden said he and Sanders would develop six policy working groups on issues including the economy, education, criminal justice, immigration and climate change to develop solutions to problems the United States faces.

“This is further proof that even though Bernie Sanders won’t be on the ballot in November, his issues will be,” Trump’s campaign manager Brad Parscale said in a statement.

Biden and his campaign had been reaching out to Sanders and his aides for weeks before he dropped out. Biden and Sanders spoke personally, and Biden had avoided suggesting that Sanders should exit the race, according to a person familiar with that conversation.

Biden’s campaign also had some lower-level talks with the Sanders campaign that included efforts to make clear that there was room for his ideas in Biden’s general election campaign, according to another person familiar with the matter.

That included conversation between a top Biden aide, Anita Dunn, and a counterpart with Sanders, Jeff Weaver. Neither could be reached for comment on Monday.

The person said Biden would not be likely to adopt a wide swath of Sanders’ policies wholesale, such as Medicare for All, with which Biden does not agree.

Yet in recent days, in a clear bid to woo Sanders’ supporters, Biden endorsed expanding access to Medicare, forgiving some student debt and making public colleges free for families making $125,000 or less.

Biden’s campaign also reached out in recent weeks to progressive groups, including the Sanders-endorsing Working Families Party to court their support, according to people familiar with those conversations.

Some activists said they were encouraged both by Sanders’ rapid endorsement, as well as the former rivals’ pledge to work together on key issues.

Sarah Audelo, executive director of Alliance for Youth Action, said the new working groups could help prove Biden is willing to bring on advisers with progressive bona fides in areas such as climate change and immigration.

But she said the onus remains on Biden to engage young voters who were drawn to Sanders’ agenda.

“We need to see the vice president making a real effort to bring young voters in,” she said. “It becomes a self-fulfilling prophecy when candidates say young people won’t vote and then fail to target them.”