Democrats are struggling to build a surefire legal strategy to block new Republican-backed restrictions on voting rights, relying on broadly worded warnings and urgent pleas that are designed, in part, to build political pressure on the White House, Congress and the Justice Department to act, as well as to engage their supporters to mobilize in advance of the 2022 midterm elections.

The approach is aimed at persuading recalcitrant Senate Democrats in Washington to pass a sweeping federal elections bill, painting the new Republican laws in the news media as suspect on arrival, and convincing the swing voters who last year helped elect President Biden that the G.O.P. is more interested in fixing elections for itself than in winning those voters back.

Locked out of power in the Republican-run states that are enacting laws making it harder to vote, Democrats are engaged in a partywide effort to push back against the legislation that has as much to do with winning hearts and minds outside courtrooms as it does legal victories inside them.

“We’re taking an all-of-the-above approach because we can’t allow these things to stand,” Jaime Harrison, the chairman of the Democratic National Committee, said in an interview on Friday. “As Democrats, we have to make this personal and we have to tell the story as to why this is important. This is fundamental. The most fundamental thing we have to do is protect the right of all folks to vote.”

Republican laws passed in Georgia and Florida, along with a bill advancing in Texas, have so many new provisions that Democrats find troublesome both politically and legally that it is proving overwhelming to confront the measures one by one in court. Instead, the liberal push has become more focused on political outreach to ensure that progressive voters are sufficiently outraged about the new laws to apply pressure on senators and get out the vote next year.

“No one is going to file a 2,000-page brief,” said Myrna Pérez, the director of the voting rights and elections program at the Brennan Center for Justice, a nonpartisan think tank. “The energy spent educating voters about what’s going on, and then energy spent trying to stop it, is consuming resources from the bread-and-butter work that groups like mine do.”

Many of the voting bills have been able to sail through Republican-controlled legislatures because the Supreme Court gutted the Voting Rights Act in 2013, which hollowed out the “preclearance” provision that required certain states, mostly in the South, to gain federal approval before making changes to voting laws.

With the Voting Rights Act now far weaker, voting rights activists say that litigation is often the only way to fight new restrictions, and an imperfect one at that.

“Case-by-case litigation in the voting context is time-consuming, costly, and ultimately inadequate because even if you win a case, frequently these kinds of laws remain on the books for one or more election cycle before litigation can be complete, and there’s no way to compensate people after the fact,” said Dale Ho, the director of the Voting Rights Project at the American Civil Liberties Union, which litigated several major cases last year.

Beyond lawsuits, Democrats are grappling with the long-term question of how to make crucial gains in G.O.P.-led legislatures where state demographics, years of gerrymandering and the prospect of Republicans mapping themselves into another decade of control when redistricting takes place later this year have given conservatives a nearly unbreakable grip on power. 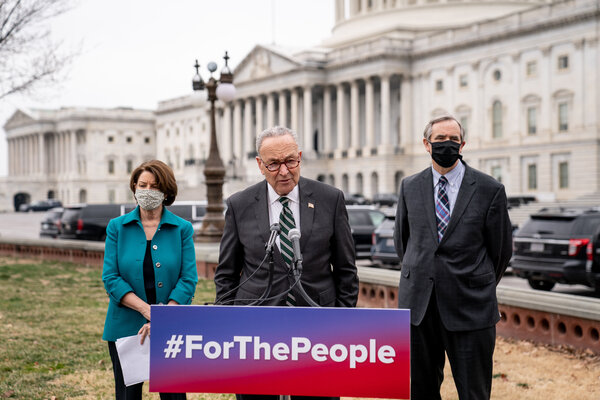 In Florida, where Gov. Ron DeSantis signed the state’s new voting law on Thursday, Democrats are reckoning with decades of party disinvestment in down-ballot elections and issuing dire warnings that nothing will improve without wholesale changes in how the party invests in local contests.

Raymond Paultre, the executive director of the Florida Alliance, an often secretive network of progressive donors that has in the past been at odds with the Florida Democratic Party, said on Friday that the new laws in Georgia and Florida and the bill advanced by Texas Republicans illustrated the need for more resources to be directed to state legislative races.

“We are living in and through sort of the remnants and results of a lack of investments in state infrastructure for the last 30 years,” Mr. Paultre said. “We don’t have a clear way of stopping these bills. Let’s use this as a wake-up call. Let’s get as upset with ourselves as we are with the Republicans.”

At the same time, Florida Democrats are already envisioning how they will use the new law as part of their campaigns in the midterm elections to paint Republicans as being opposed to Black and Hispanic people’s right to vote.

“People want us to push back,” said Fentrice Driskell, a state representative from Tampa. “We recognize that the ’22 election cycle will be a great opportunity to try and do that.”

Democrats’ legal case against the Florida law, filed by the party’s top election lawyer, Marc Elias, argues that the legislation violates the First Amendment’s protection of free speech, and the 14th Amendment on the grounds that it would adversely affect people of color. Another suit, filed on Thursday by the NAACP Legal Defense and Educational Fund, also argues that the law violates the First and 14th Amendments, as well as Section 2 of the Voting Rights Act and the Americans With Disabilities Act — because many drop boxes are likely to be moved to indoor locations that are inaccessible to people with disabilities.

Sam Spital, the director of litigation for the legal defense fund, said that while he believed the lawsuits would prevail, the only comprehensive solution to Republican efforts to restrict voting would come from the federal government — both Congress and the Justice Department.

“It is incumbent upon Congress to exercise its authority to make sure that we’re not going to have this kind of voter suppression,” he said.

Mr. Elias said he was seeking to make the legal case that the Florida law violates First Amendment free speech rights because it restricts what voters can be told when they register to vote. The 14th Amendment argument is that the law violates Supreme Court doctrine known as the Anderson-Burdick test, which requires courts to balance new burdens on voters against the benefits that the state claims are being added to its voting system.

Mr. Elias makes his legal case daily on Twitter, where he promotes his Democracy Docket website and, on Friday afternoon, hosted a 40-minute live chat on Twitter Spaces, the site’s live audio chat feature, in which he explained civil rights and election laws to about 170 people who tuned in.

The Battle Over Voting Rights

Amid months of false claims by former President Donald J. Trump that the 2020 election was stolen from him, Republican lawmakers in many states are marching ahead to pass laws making it harder to vote and changing how elections are run, frustrating Democrats and even some election officials in their own party.