Leading MEP Guy Verhoefstadt told Sky News that the EU always strikes a deal “at the end”. The senior EU figure was quizzed by Sky News as he made his way into the European Parliament for a Brexit showdown. This comes after the European Parliament issued an ultimatum for Michel Barnier, as its leaders set a three-day deadline for a post-Brexit trade deal to be agreed. 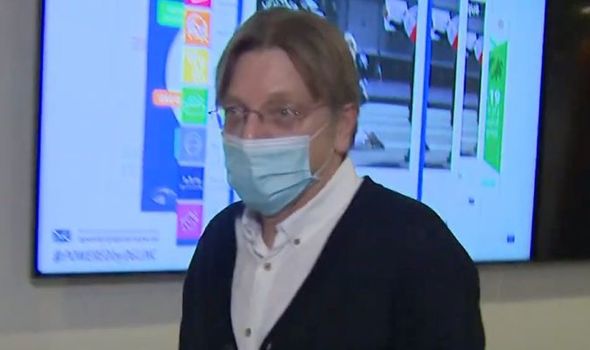 “If you give a lot of time to politicians, they will run the whole period and then only make the deal.

“That’s my experience of decades in politics.”

He was then pressed about the European Parliament’s Sunday ultimatum.

The MEP responded: “I don’t know, I’m not in the leadership of the Parliament who organise the plenaries and so on.”

When asked if he thinks there will be a deal, he responded simply: “Yes.”

On Thursday, the European Parliament warned that its MEPs will not have time to ratify an agreement this year unless a deal is ready by Sunday night.

Last week, Mr Verhoefstadt reacted to claims of Royal Navy gunboats in British waters if there is no deal, tweeting: “Gunboats to protect fish!

“Is this really what people voted for? We are your allies and partners, not your enemies!”