Kim will reportedly visit Vietnamese manufacturing and industrial areas before meeting the US president in Hanoi. 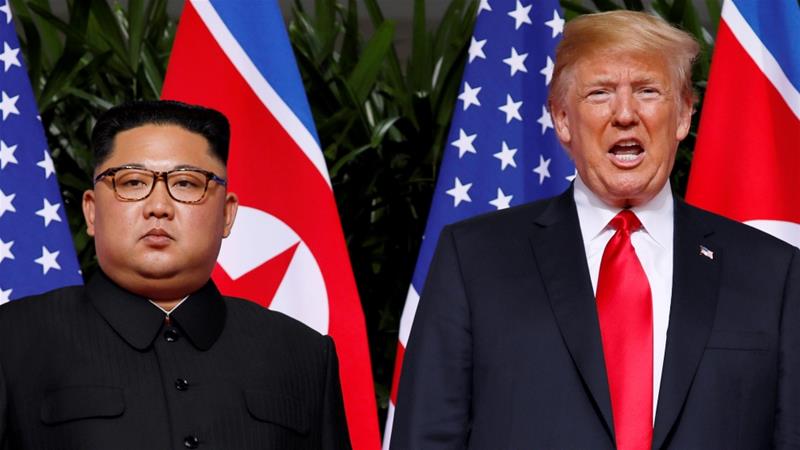 North Korean leader Kim Jong Un will arrive in Vietnam on February 25 in advance of a planned second summit with US President Donald Trump, three sources with direct knowledge of his schedule told the Reuters news agency on Saturday.

Trump and Kim will meet in the Vietnamese capital on February 27 and 28 for the second summit between the two leaders since their historic first meeting in Singapore last June.

Kim will also meet Vietnamese officials when he arrives in Hanoi, said the sources, who requested anonymity citing the sensitivity and secrecy surrounding the movements of the North Korean leader.

Kim will visit the Vietnamese manufacturing base of Bac Ninh and the industrial port town of Hai Phong, one source said.

Vietnam’s President and general-secretary of the ruling Communist Party, Nguyen Phu Trong, will meet Kim before a planned trip by Trong to neighbouring Laos, one of the sources told Reuters.

Kim and Trump met for the first time in June last year in Singapore. That summit produced a vaguely worded pledge on denuclearisation but progress has since stalled amid disagreements over the interpretation of their agreement.

Trump has given himself credit for averting a “major war” on the Korean Peninsula.

“If I had not been elected president of the United States, we would right now, in my opinion, be in a major war with North Korea,” he said in February.

Trump raised fears of war in 2017 when he threatened to rain “fire and fury like the world has never seen” on North Korea because of the threat its nuclear weapons and missiles posed to the US.

But following the Singapore talks, Trump has been eager to hold a second summit in spite of a lack of concrete progress in persuading North Korea to give up its nuclear weapons programme.

The Singapore summit yielded a vague commitment from Kim to work towards the denuclearisation of the Korean Peninsula, where US troops have been stationed since the 1950-53 Korean War.

In the US view, North Korea has yet to take concrete steps to give up its nuclear weapons. It has complained that the US has done little to reciprocate its freezing of nuclear and missile testing and dismantling of some nuclear facilities.

North Korea has repeatedly urged a lifting of punishing US-led sanctions, a formal end to the war, and security guarantees. 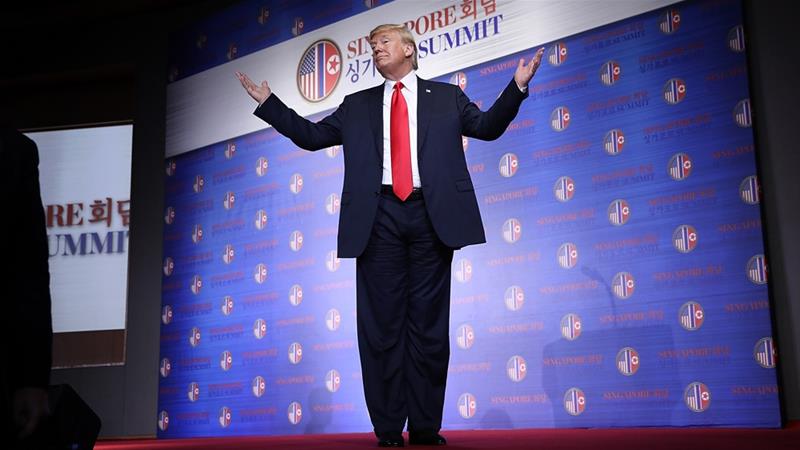