Liz Truss gets interrupted by protesters during conference speech

Liz Truss’s make-or-break speech at the Conservative Party Conference has been stormed by eco-protesters who screamed and heckled the Prime Minister and raised a banner in the middle of the conference hall. The address to thousands of delegates is taking place on the final day of a difficult conference which has seen Ms Truss struggle with the aftermath of a U-turn on cutting the 45p tax rate.

The new Prime Minister was several minutes into her speech when Greenpeace activists got to their feet.

They had been sitting close to the front of the hall near cabinet ministers and had managed to smuggle in a large banner after the first was snatched from their hands by delegates.

Ms Truss stopped speaking and then instructed security “Let’s get them removed” before the pair were swiftly ejected from the International Convention Centre in Birmingham. 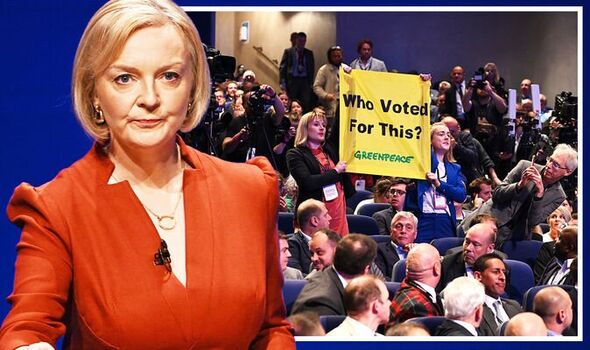 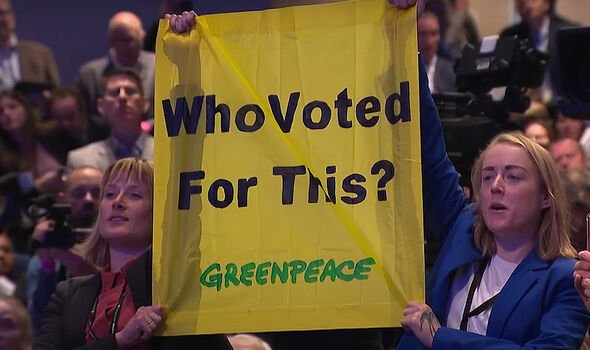 Ms Newsom said that they had taken action because of the government’s approach to green policies.

“Who voted for this?” she said in a statement issued after the protest.

“In a healthy democracy, people should get the government programme they voted for, but Liz Truss is putting most of it through the shredder. People voted for strong action on climate, a fracking moratorium, world-leading environmental protections, and tackling poverty and inequality.

“What they’re getting instead is fracking, a potential bonfire of rules on wildlife and nature protection, and now the prospect of benefit cuts.” 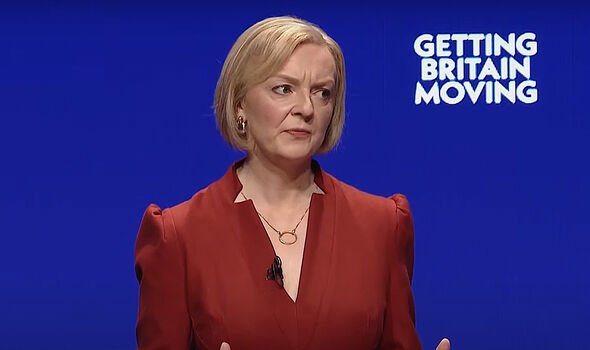 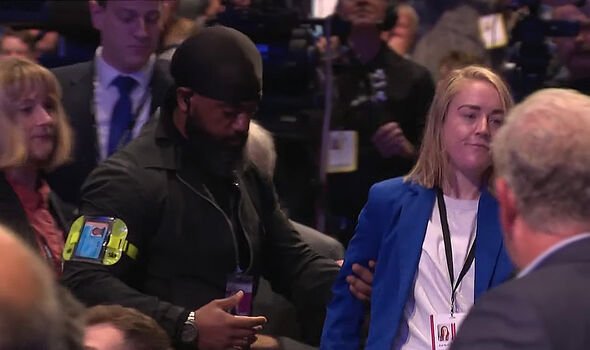