Senior officials at the Department of Health and Social Care will ­investigate how the footage that ­triggered the Health Secretary’s ­resignation was filmed and made public, Northern Ireland Secretary Brandon Lewis said yesterday. It follows reports that an anti-lockdown whistleblower secretly recorded Mr Hancock kissing and hugging Gina Coladangelo. Ministers are understood to be shocked and disturbed at the way the secret tryst in a government office emerged amid concerns that the leak may have breached the Official Secrets Act.

Questioned about the leak yesterday, Mr Lewis revealed: “The Department of Health will be investigating quite rightly to understand how this was able to happen.

“Putting aside what’s on the ­pictures, the fact that it was leaked at all is something they do need to investigate.” Asked about the presence of CCTV cameras in ministerial offices, Mr Lewis said: “I’m sure that’s something that the team will be looking at across government… I always take the view it’s best to assume that everything you’re saying or put in writing is going to be reported somewhere.”

He added: “We’ve got to be ­concerned about the fact that somebody was able to secure a recording from inside a government building.”

Mr Hancock resigned on Saturday, a day after being forced to apologise for breaching Covid-19 distancing guidance by kissing his aide.

He was reportedly unaware of the CCTV camera in his office when the video was captured on May 6.

Former Health Secretary Jeremy Hunt said yesterday: “It’s completely unacceptable from a security point of view that ministers are being filmed inside their own offices without their knowledge. 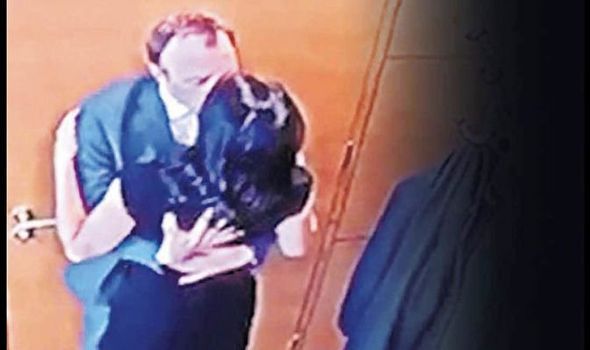 “But there’s also another issue, which is that ministers do need to have the ability to have frank private conversations with their senior officials to debate things, so that we can understand issues and know that those conversations will remain private.” According to one report,­ the whistleblower approached anti-lockdown campaigners and asked them to help sell the CCTV footage, six weeks after it was filmed.

Images of Mr Hancock’s office ­dating from September 2017 and published yesterday showed a CCTV camera was installed on the ceiling.

It is trained on the area by the doorway where the couple were seen embracing in the video.

Labour MP Conor McGinn, party deputy national campaign coordinator, said: “The Government must urgently review all of its key buildings, have the intelligences agencies sweep them for bugs and unauthorised CCTV, and address the speculation about a private company with links to China having access to Whitehall’s inner sanctums.”

Think-tank the Henry Jackson Society reported the disclosure of the footage as a breach of the Official Secrets Acts to the Metropolitan Police. The force said it considered the leak “a matter for the relevant Government department” rather than police. 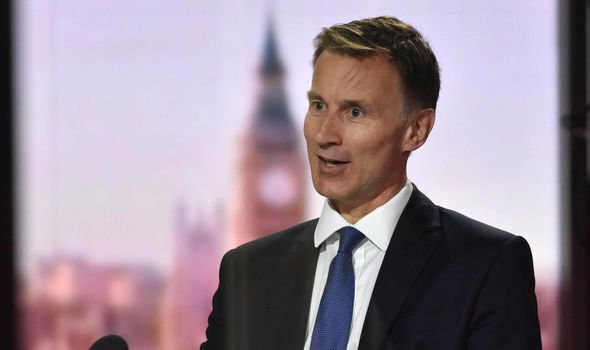 Under the Data Protection Act 2018, business operators of CCTV must register their details with the Information Commissioner’s Office, which regulates data and privacy protection, and justify its usage.

Firms must tell people that they may be recorded, control who sees recordings and ensure the system is only used for its intended purpose.

Monitoring staff covertly is only allowed in exceptional circumstances, such as suspected law-breaking, and only for a specific investigation. Former counter-terrorist detective David Videcette, who led the 7/7 London bombings investigation, posted tweets which alleged a “covert ­camera was concealed in a smoke detector” inside the Health Secretary’s 9th floor Whitehall office.

He later wrote that The Sun newspaper had refuted this claim, so explored the idea that Mr Hancock was caught in a corridor with CCTV.

He also warned that if someone could “place a covert camera in a government minister’s office so easily, it’s a huge security problem, and next time it might be a bomb”.

Last night it was claimed that Mr Hancock took Ms Coladangelo to a G7 health summit in Oxford earlier this month. She met Mr Hancock more than 25 years ago while both were studying at Oxford University.