European leaders will use the G7 summit to try and pressure Boris Johnson over the Northern Ireland protocol, according to journalist Jack Blanchard. Mr Blanchard, the political editor of Politico, told talkRADIO that disagreement between the UK and the EU over trade and regulations in Northern Ireland was likely to dominate the meeting of world leaders. The summit is being held in Cornwall this weekend.

Speaking to talkRADIO’s Julia Hartley-Brewer, Mr Blanchard said that the Northern Ireland protocol would cast a shadow over proceedings.

The UK and the EU have failed to reach an agreement on the rules over food and other goods arriving in Northern Ireland from the rest of the UK.

“Vaccines is very much what Boris Johnson wants to be talking about this weekend,” he said.

“But I suspect what he’s very soon going to be talking about instead is Brexit and sausages and the Northern Ireland protocol.

JUST IN:  ‘Macron is not used to this!’ French President mocked as Raab hits back at Brexit attacks 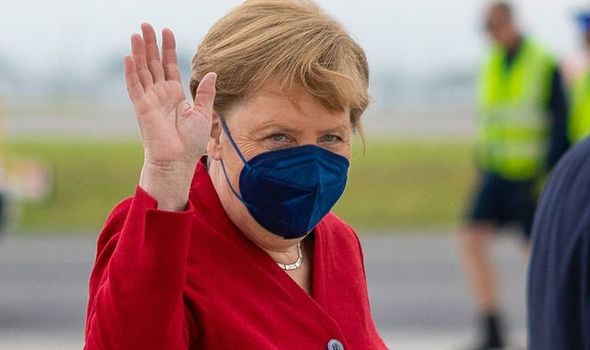 “Because what we’re expecting to happen today is that the EU leaders who are flying in this morning, so Ursula Von der Leyen, the European Commission President, Emmanuel Macron from France and of course Angela Merkel are gonna come in and press gang our Prime Minister.

“About this ongoing row about how we are implementing the Brexit deal in terms of trade between Britain and Northern Ireland.

“That is very quickly going to overshadow everything else that is happening in this summit.”

Host Julia Hartley-Brewer pointed out that French President Emmanuel Macron has already stated that there should not be a renegotiation of the Northern Ireland protocol. 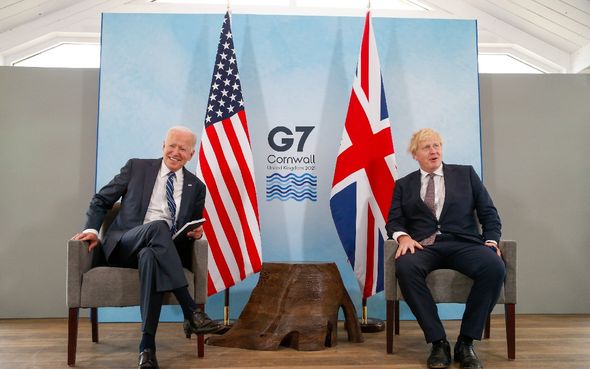 Mr Blanchard replied: “Of course, Emmanuel Macron has got a pretty big election coming up in a year or so and so he’s very unlikely to want to be seen to be giving ground to the Brits in the run-up to that.

“So I suspect that this standoff is going to continue.

“Weirdly Joe Biden finds himself in this place of trying to be the bridge between Britain and Europe.

“Traditionally, Britain would play a role between America and Europe and now the roles are being completely reversed and he’s the one who’s somehow trying to be the peacemaker between the two sides.” 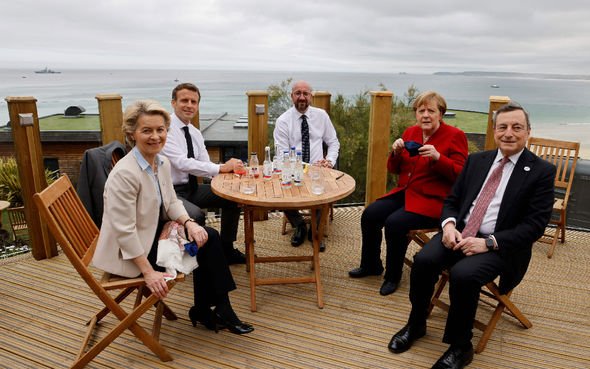 He added: “It’s very much not what Boris Johnson wanted to happen to this summit, it’s a big moment for him on the world stage to be hosting the world’s most powerful leaders, or some of them anyway.

“And he really doesn’t want to spend the weekend talking about sausages and whether you’re allowed to send them round different parts of the UK.”

Under the protocol agreed in the UK’s Brexit deal, Northern Ireland effectively remains in the EU’s single market and customs union.

World leaders at the G7 summit are expected to discuss coronavirus, climate change, and security as well as the Northern Ireland protocol.
Source: Read Full Article