Germany is struggling to tackle a third wave of the pandemic, and Mrs Merkel and several regional leaders have called for a short, sharp lockdown while the country tries to vaccinate more people. Now, a government source said, the 66-year-old had resolved to take matters into her own hands.

At an infection rate of less than 100 per 100,000 people over seven days, the states will retain control over measures to slow the spread of the virus.

The number of confirmed coronavirus cases in Germany increased by 25,464 in a day, which was 3,576 more than a week earlier, and the 7-day incidence stood at 110.4, data from the Robert Koch Institute (RKI) for infectious diseases showed today.

However, RKI cautioned the figures may be skewed following the long Easter holiday weekend, adding it expected reliable case numbers from around the middle of next week. 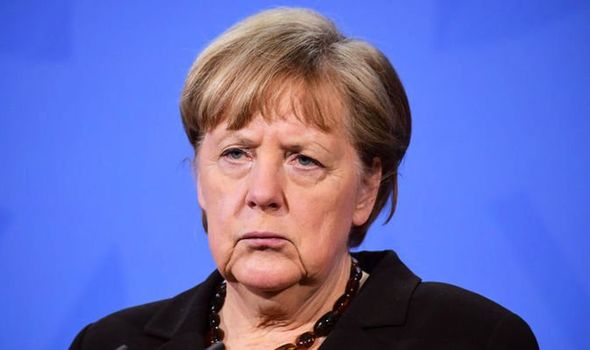 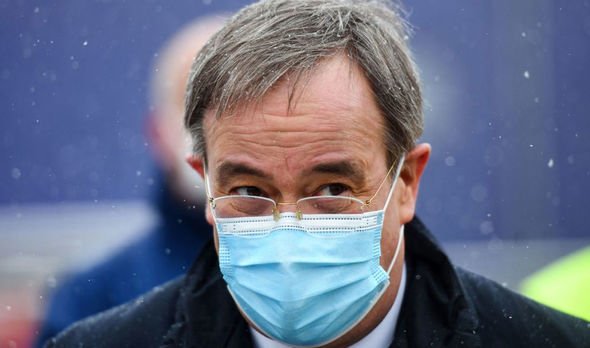 A meeting of Chancellor Merkel and the leaders of Germany’s 16 states scheduled for Monday, at which they were to discuss an extension to COVID restrictions, has been cancelled, the government source confirmed.

Backing the idea of the Chancellor taking control of the situation, Norbert Roettgen, who was defeated by Mr Laschet, Prime Minister of North Rhine Westphalia, in the CDU leadership contest earlier this year, said: “At the beginning of the crisis, the decision-making in the Minister-President Conference was okay.

“But it has become dysfunctional in the meantime. 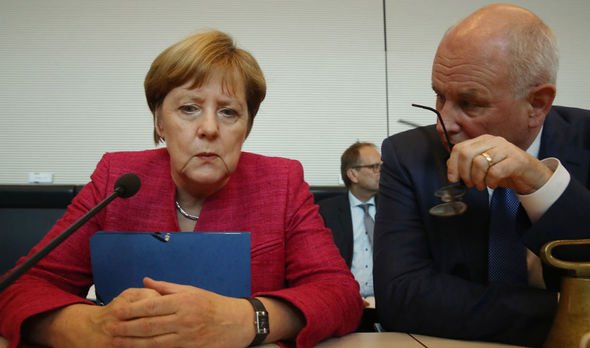 This means that we can act more nationally and, as a result, more emphatically

“It is time to return to the political decision-making as provided for in the Basic Law.”

Ex-parliamentary group leader Volker Kauder said: “This means that we can act more nationally and, as a result, more emphatically, if there is a need for a nationwide regulation.”

Meanwhile, Gernot Marx, President of the Association for Intensive Care and Emergency Medicine (DIVI) warned: “Things are on fire.

DON’T MISS
Brexit news: Spain erupts at EU for punishing UK [INSIGHT]
Under-30s in Britain will NOT get the AstraZeneca jab – MHRA confirms [REVEALED]
EU vaccine strategy on brink of collapse as EMA could U-turn on AZ jab [VIDEO] 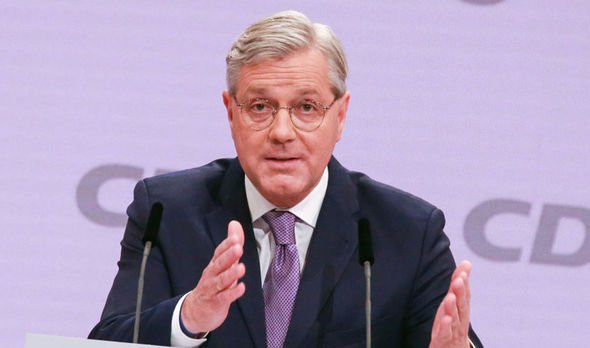 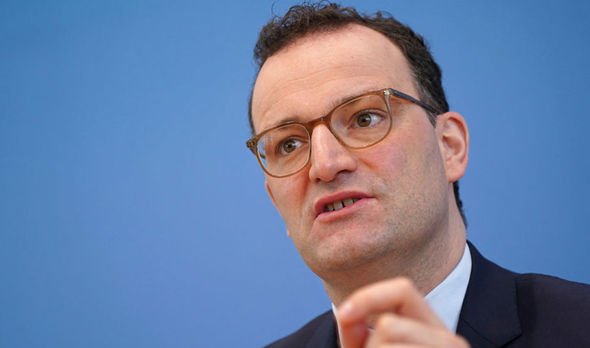 “It is a very disappointing situation that the Minister-President Conference was cancelled.

“We need decisions. We need a tough lockdown, at least two to three weeks.”

Mrs Merkel was forced to abandon plans for an Easter lockdown after widespread objections from business leaders. 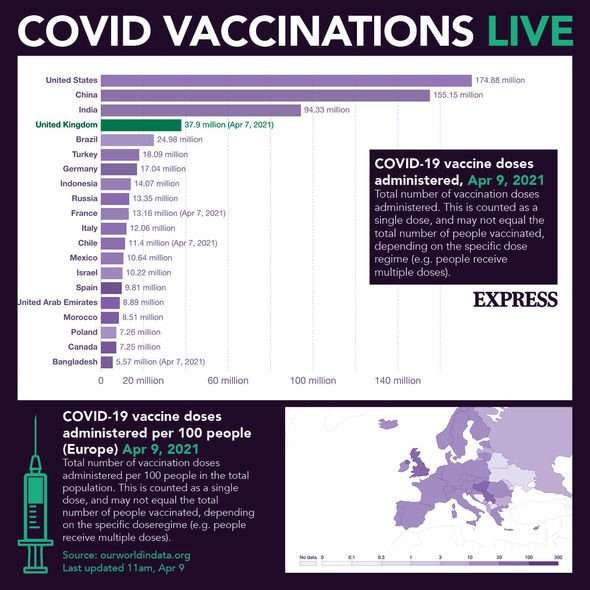 Nevertheless, German government spokeswoman Ulrike Demmer confirmed on Wednesday the Chancellor continues to support the idea of a short, tough lockdown to curb the spread of the disease.

Ms Demmer told reporters: “Every call for a short, uniform lockdown is right.

“We need a stable incidence below 100,” she said, referring to the number of cases over seven days per 100,000 inhabitants.” 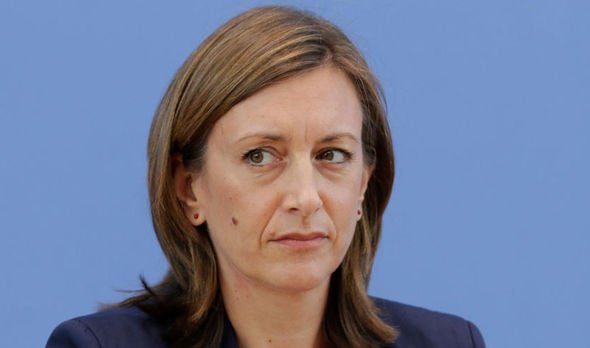 She also emphasised the need for a nationwide approach, saying: “”The range of regulations does not help acceptance.”

Merkel is understood to have pressed regional leaders on March 28 to step up efforts to curb rapidly rising coronavirus infections.

One option would be to amend the Infection Protection Act to stipulate what should happen under certain scenarios and which could enable the federal government to enforce a nationwide lockdown without getting approval of the 16 state premiers – including Mr Laschet.