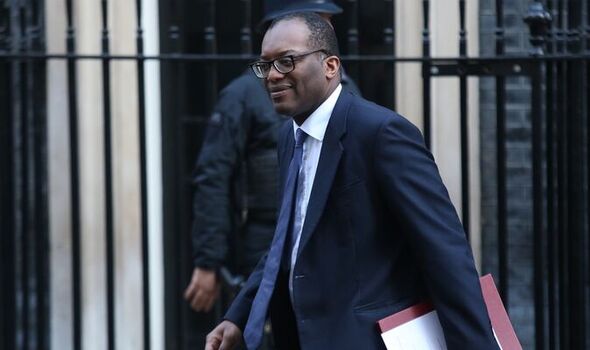 Kwasi Kwarteng made the call as more lurid claims of bad behaviour in the Commons emerged following the resignation of Neil Parish after he was caught watching pornography. The anonymous accusations include a senior MP licking the faces of male researchers in parliamentary bars, a former adviser groping staff, and a minister frequently having noisy sex in his office.

There was also a report of an MP being warned over his use of prostitutes, and a female Tory being sent a crude photograph by a colleague.

Senior Conservative Caroline Nokes, who chairs the Women and Equalities Committee, has accused the Tories of “institutional sexism”.

But Mr Kwarteng insisted the problems are down to a few “bad apples” rather than the wider culture. He said: “I don’t think there is a culture of misogyny; I think the problem we have is people are working in a really intense environment, there are long hours and I think generally most people know their limits.”

People in parliament generally “behave responsibly”, he said, and “it’s right that we should have higher standards”.

Mr Kwarteng added: “I think we’ve got to distinguish between some bad apples…and the general environment.”

Mr Kwarteng said the allegations were “extraordinary and unacceptable” but ruled out closing Parliament’s many bars.

He is working to establish a Speaker’s Conference to consider if there is a case for changing the current structure that means MPs employ their staff directly.