A managing editor of the right-wing website RedState appeared to attack Dr. Anthony S. Fauci and spread misinformation about the coronavirus pandemic while working for Dr. Fauci’s agency. 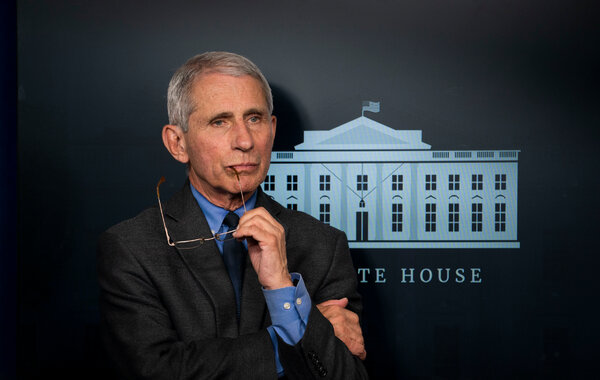 WASHINGTON — The National Institutes of Health said on Monday that one of its public affairs officers would retire after he was revealed to be surreptitiously attacking his employer and one of its directors, Dr. Anthony S. Fauci, in pseudonymous posts on Twitter and the right-wing website RedState.

The official, William B. Crews, worked for and promoted the National Institute of Allergy and Infectious Diseases while simultaneously denouncing the agency’s work and its director, Dr. Fauci, dismissing their research and public health advice in wild and conspiratorial terms under the pen name Streiff.

His work was exposed on Monday by The Daily Beast.

“We’re at the point where it is safe to say that the entire Wuhan virus scare was nothing more or less than a massive fraud perpetrated upon the American people by ‘experts’ who were determined to fundamentally change the way the country lives and is organized and governed,” Streiff wrote on RedState in June.

In another post late last month, he wrote, “If you need a mask to make it through the day without wetting yourself, well, by all means wear it,” adding, “Just don’t expect me to go along with your fantasy.”

Mr. Crews’s professional background aligns that of a managing editor of RedState, Streiff, who has repeatedly volunteered information about his insider role within the N.I.H. The writer profile associated with Streiff lists experience as an Army infantry officer and links to Mr. Crews’s LinkedIn profile. An associated Twitter account repeatedly offered knowledge of the inner workings of the N.I.H., citing personal experience working there.