France has emerged as one of the most outspoken voices in the Brexit negotiations as Emmanuel Macron pledged to protect the rights of his fishermen to access British waters after December 31. European Affairs Minister Clément Beaune reiterated his Government’s commitment to the fishing community as he warned no deal will come out of the talks if concessions are not made on fishing. Mr Beaune told The Andrew Marr Show the UK and the European Union now have a “few days” to ensure a trade deal is in place before the end of the transition period.

He said: “You cannot ask us to adjust to the Brexit choice on fisheries so let’s try to find a solution which respects both interests.

“I think it’s possible but we have a few days to reach it.”

As BBC host Andrew Marr pointed out no deal would leave French fishermen with no access to British waters, Mr Beaune said: “Yes, of course, but you cannot isolate one sector.

“We do know that if there is no deal there would be no access, legally to British waters for our fishermen. We do know and it’s also why we would like a deal.

“But you also have to look at the bigger picture. If there is no deal, there is no access to the EU market for the UK, which I don’t think it’s in the UK’s interests.”

JUST IN: What have you done?! UK’s biggest fishing error exposed – how May DOOMED Brexit talks 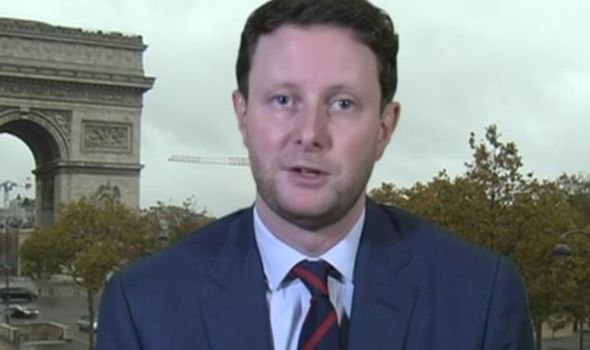