HEMINGWAY, S.C. (Reuters) – Former Vice President Joe Biden plans to stump hard in South Carolina on Friday, aiming to solidify support in the Southern state where a lead among black voters may give his campaign for the Democratic Party’s presidential nomination a needed boost. 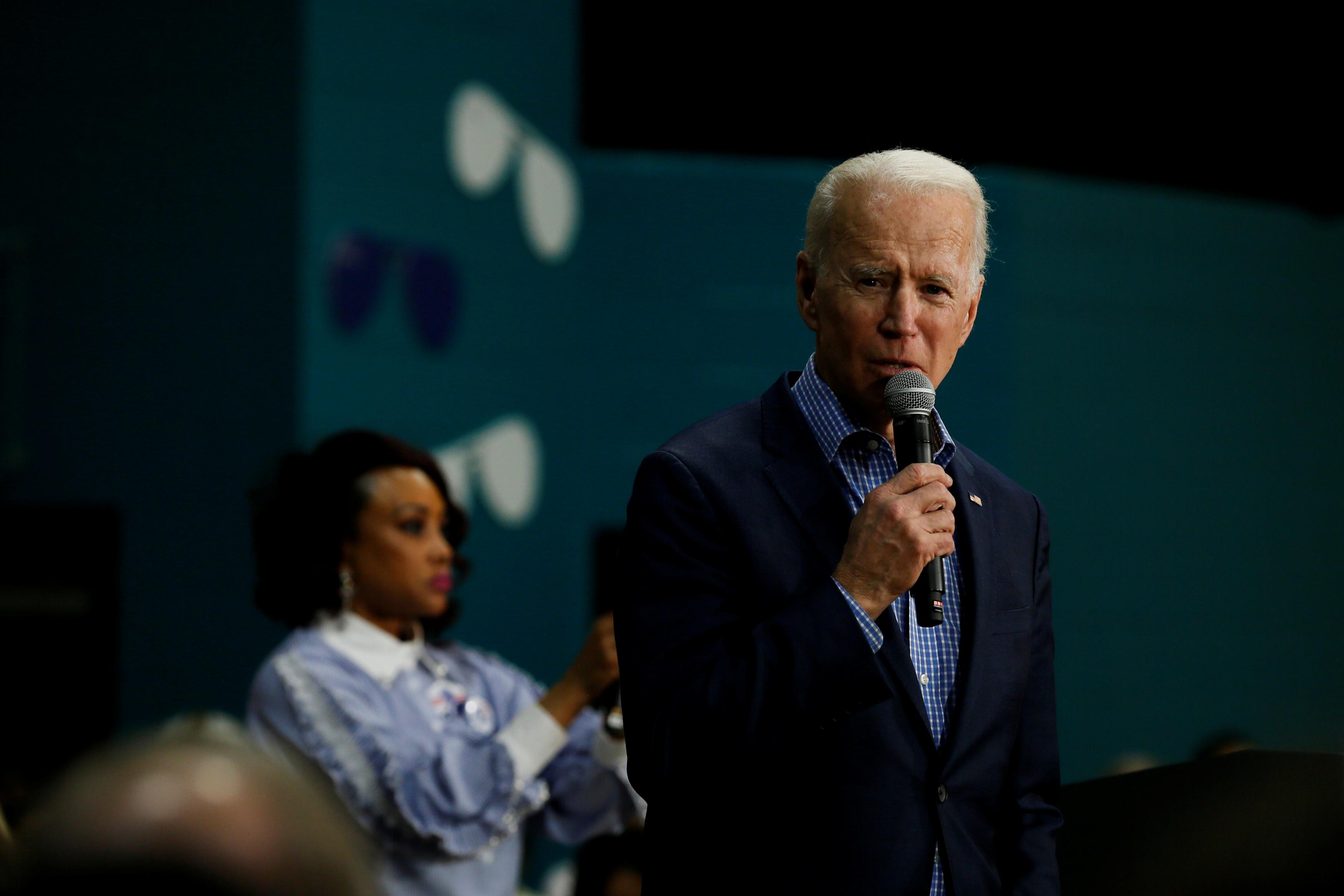 Here is what is happening on Friday:

Biden’s campaign was celebrating a $1.2 million one-day online fundraising haul, the most contributed by small-dollar internet donors since his campaign launch last year, when similar contributions added up to more than $6 million.

Biden, the former No. 2 to Barack Obama, the first black U.S. president, planned to visit three South Carolina communities on Friday, days after receiving an endorsement from James Clyburn, an influential African-American congressman from the state.

A Monmouth University poll released on Thursday showed Biden with large support from black South Carolina voters, who make up about 60% of the state’s Democratic electorate. Biden has pinned his hopes on winning South Carolina to reinvigorate his candidacy after poor showings in Iowa and New Hampshire and a distant second-place finish in Nevada.

‘PLAYING POLITICS WITH OUR HEALTH’

Democratic candidates on Thursday attacked Republican President Donald Trump’s handling of the coronavirus, as stocks plunged on fears of the growing outbreak and news that a California patient had contracted the disease from an unknown source, without having traveled to China or been in close contact with someone who had contracted the virus there.

“We need a president who does not play politics with our health and national security,” said Sanders, who advocates government-funded health coverage for all Americans.

His comments came after Trump said on Wednesday that the risk from the virus was “very low” in the United States, and put Vice President Mike Pence in charge of the response.

Sanders said Pence was “completely unqualified” and called Treasury Secretary Steven Mnuchin and White House economist Larry Kudlow “political cronies,” saying the three should be replaced in their roles in the response efforts by experts.

Former New York Mayor Michael Bloomberg said at a rally in Houston that Trump was “burying his head in the sand” over the coronavirus.

“His failure to prepare is crippling our ability to respond,” Bloomberg said.