A Cabinet Office investigation was first launched in March over allegations that Ms Patel “belittled colleagues”. She was also said to have clashed with senior officials in three different departments. But the result of the probe has yet to be revealed.

Sir Philip Rutnam, who was the Home Office’s permanent secretary, also quit earlier this year after accusing Ms Patel of a “vicious and orchestrated briefing campaign” against him.
He is also claiming constructive dismissal at an employment tribunal.

Ms Patel has expressed concern at the “false” claims and has denied all allegations of bullying.

Earlier this week the former head of the civil service Lord Sedwill told MPs the investigation was now “with” the Prime Minister.

Appearing in front of the Public Administration and Constitutional Affairs Committee this week, Lord Sedwill said: “I couldn’t tell you exactly, but the Cabinet Office, the proprietary and ethics team under me, were asked to establish the facts. 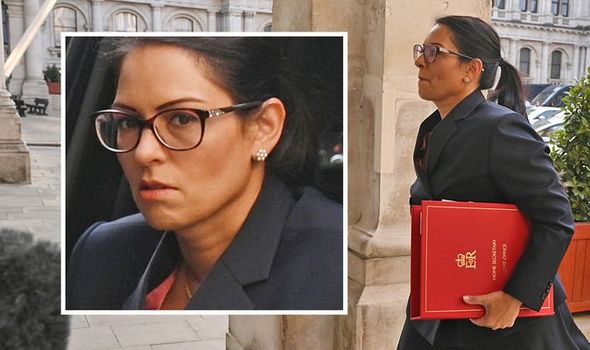 “The Prime Minister then consults his independent adviser on ministerial interests Alex Allan.

“I think Alex had been in discussions with the Prime Minister, I don’t know the exact date of when that part of the process was submitted to the Prime Minister but it was under way, it was with him, as I understand it.”

The findings into Ms Patel’s conduct are expected to be released over the coming weeks. 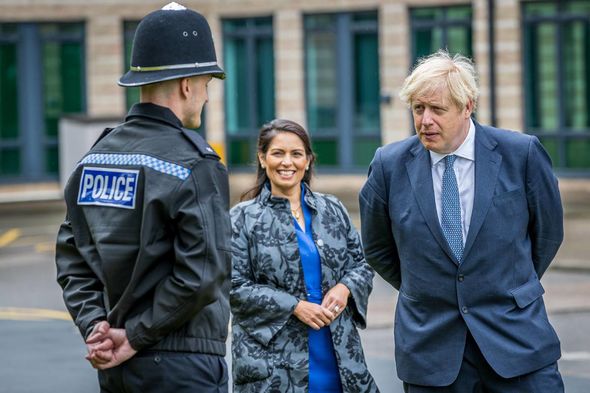 Ms Patel is expected to be handed a written warning but not lose her Cabinet post, a Government insider told the Financial Times.

There has been specualtion this could be Ms Patel’s final chance in the Cabinet after she was previously forced to step down as international development secretary in 2017 while Theresa May was Prime Minister.

She was summoned back from a trip to Uganda and Ethiopia by Downing Street after it emerged she failed to tell Mrs May about 14 unofficial meetings with Israeli ministers, businesspeople and a senior lobbyist.

Mrs May and Ms Patel met for just six minutes before she resigned.

In her resignation letter, released just after she left Number 10, Ms Patel admitted her actions “fell below the high standards that are expected of a secretary of state”.
Mrs May added Ms Patel’s decision was the correct one.

She said at the time: “I was glad to accept your apology and welcomed your clarification about your trip to Israel over the summer.”

But she added: “Now that further details have come to light, it is right that you have decided to resign and adhere to the high standards of transparency and openness that you have advocated.”

Senior Conservative party figures have now hinted Ms Patel could be moved to a different department in a new year reshuffle as Mr Johnson is allegedly “increasingly unhappy” with her management of the Home Office. 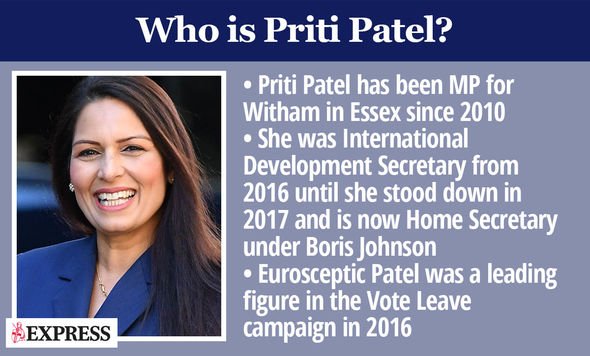 One Tory told the FT: “Her inability to control immigrants across the channel whilst constantly talking the problem up and never doing a deal with the French to arrest the flow has also annoyed the Prime Minister.”

But other members of the Conservatives have disputed this claim.

A party official told the FT: “There is no one as robust on this matter as Priti.

“If senior Tories think someone else can be tougher, then they’re deluded.” 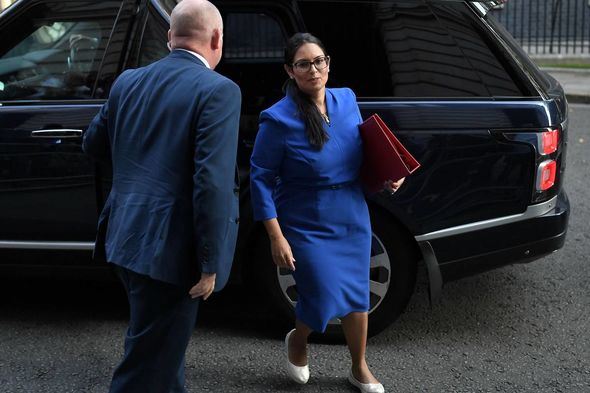 He said: “Reports that the Home Secretary is to receive a written warning for conduct in government are incredibly serious.

“The role of Home Secretary comes with huge levels of responsibility and trust. It is now vital that the full report is published without delay, so the public can have full confidence in the decision-making process.”

The Cabinet Office told the FT: “The process is ongoing and the prime minister will make any decision on the matter public once the process has concluded.”

Express.co.uk has contacted the Home Office for a response.