Priti Patel revealed the Government are launching a points-based system for immigration. The Home Secretary explained the system, which won’t discriminate, will look into what skills someone has. She announced that foreign nationals will need a job offer from an approved employer, appropriate skills for the post and be able to speak English to be allowed to come to the UK to work from next year.

“With that we have a structured framework now with points based on individual skills from citizens around the world.

“This is a global immigration system.

“It doesn’t discriminate in terms of where you’ve come from or which country you originate from but the important bit is about the skills you can bring to the UK. 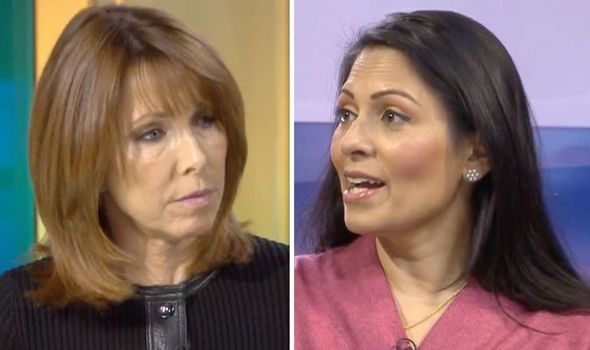 “As a result numbers will come down that is the purpose of having a system.”

She added: “The previous system still have free movement at the centre of it because we were members of the EU.

“The point is right now for the first time in over 40 years the British Government is able to set its own immigration policy and be in control of who comes into our country.

“With that control and having control measures effectively means we can keep migration down.”