Shadow Chancellor Rachel Reeves was grilled over Labour’s claims the Batley and Spen by-election was engulfed by hate campaigns from rivals, especially from candidate George Galloway who she says whipped up “hatred and division”. But Sky News’ Trevor Phillips highlighted the hypocrisy of her claim when he addressed Labour leaflets which saw Prime Minister Boris Johnson shaking hands with India’s Narendra Modi accompanied with Islamaphobia articles on the Tories. Ms Reeves stuttered and quickly deflected the accusation towards Mr Galloway.

Speaking on Sky News, Mr Philips first asked Ms Reeves who she believed was spreading hate and division in the Batley and Spen by-election to which she pointed to George Galloway.

But Mr Philips accused Labour of using similar tactics through their leafleting and brought up the hypocrisy.

He said: “It is unusual to have a foreign leader on the leaflets of a candidate in a local by-election.

“I just wanted to clear up the Labour view on the allegation that this was, I think the words are being used on dog whistle, Muslim voters.

“That actually the Tories are in some way anti-Muslim and that they identify with what is said to be an anti-Muslim government led by Mr. Modi’s.

“There’s none of that going on here?”

Ms Reeves was caught off-guard as she tried to navigate around the accusation.

She said: “I don’t accept that insinuation, Trevor.

“And what we saw in Batley and Spen was underhanded tactics by Galloway in his campaign, bringing in people from outside to whip up that hatred and division.

“With actual violence and aggression towards the Labour candidate, harassing, intimidating, chasing her down the street and also to Labour activists.

“That is the true nature of what was happening in Batley and Spen that the people of that community rose above that and returned Kim as their MP last week. 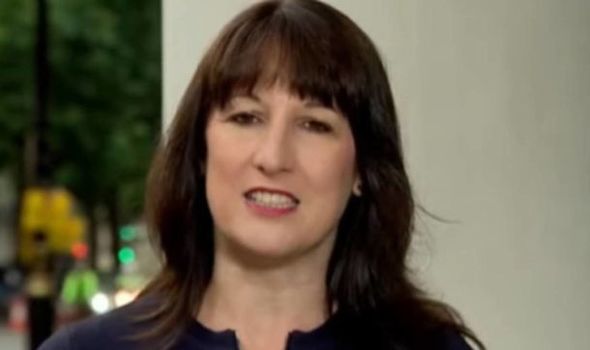