BOSTON (Reuters) – Bernie Sanders drew a massive crowd in Boston on Saturday, touting his grassroots-funded campaign in progressive rival Elizabeth Warren’s home state ahead of the Democratic primary in Massachusetts on Tuesday. 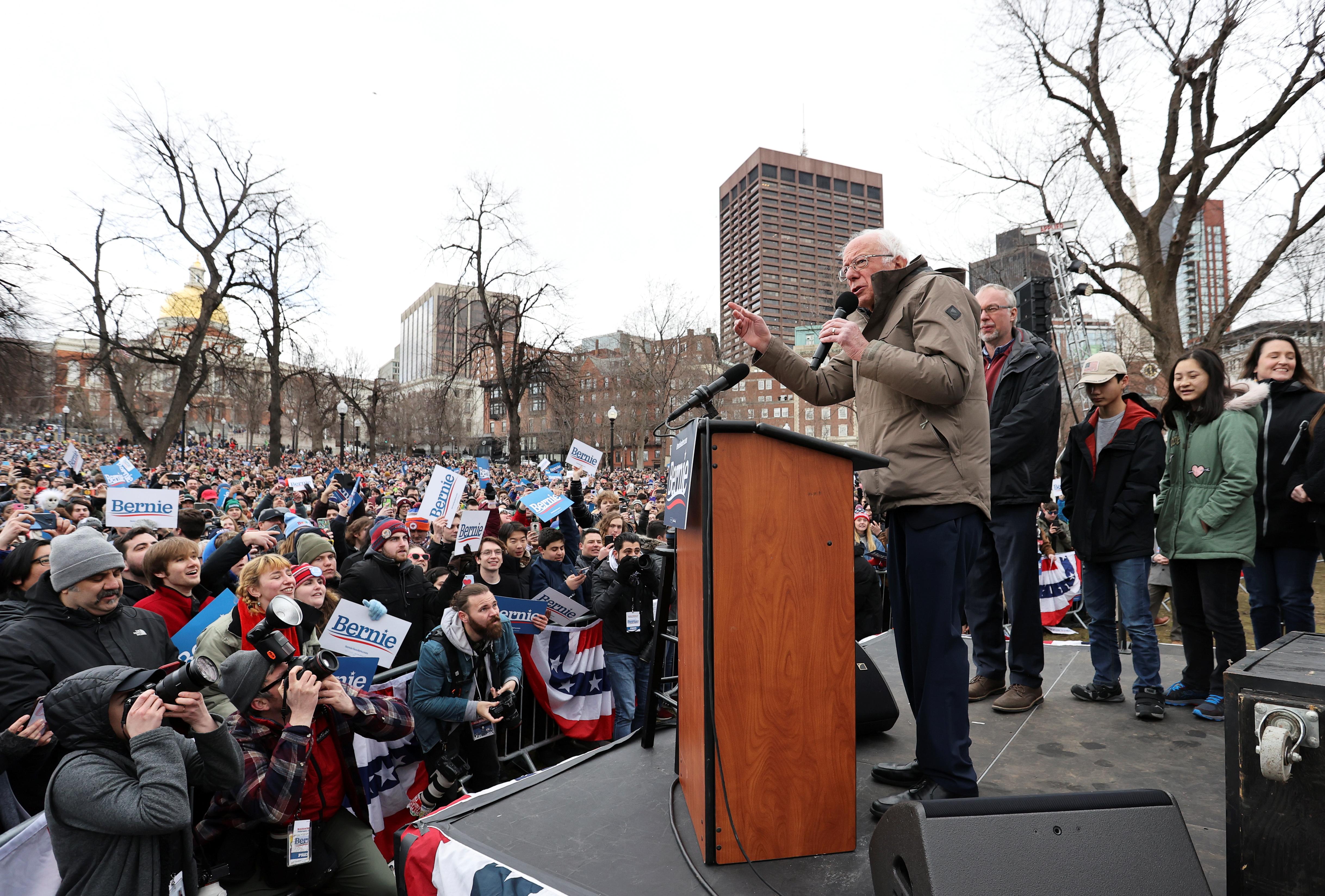 Warren, a U.S. senator for the state, had been expected to win comfortably here, but her popularity in national polls has fallen after disappointing performances in early states, while Sanders, a U.S. Senator from neighboring Vermont, has surged.

The two senators are longtime friends and allies but have been competing for some of the same voters in the Democratic Party’s nominating contest, in which South Carolina was the latest state to vote on Saturday.

Sanders did not refer to Warren in either speech, but appeared to contrast their approaches to outside money in the campaign through so-called super PACs, groups that may raise and spend unlimited sums of money to support candidates as long as they do not coordinate directly with those candidates’ campaigns.

Warren said on Saturday she had called for all Democratic candidates to oppose outside money from the start of the campaign, but her competitors had not done so.

The pro-Warren super PAC Persist has announced $12 million of spending in Super Tuesday states, and Warren’s campaign has called for it to disclose its donors.

Sanders has raised huge amounts from small-dollar donors, but is also backed by “dark money” groups – including immigration and environmental activist organizations – that can raise and spend unlimited sums of money but are prohibited from directly advocating that voters support or oppose a candidate. He is also supported by the National Nurses United, which has its own super PAC.

A survey by MassINC Polling Group published on Friday found Sanders with support from 25% of likely Democratic Massachusetts primary voters, compared with 17% for Warren. The same poll in October had Warren leading the field with 33% and Sanders in third place with 13%, behind Vice President Joe Biden on 18%.

Asked about the possibility she could lose her home state, Warren said the progressive ideas both she and Sanders are running on are popular in Massachusetts.

“So I’m sure that’s why Bernie is campaigning there,” she said.