LAS VEGAS (Reuters) – Bernie Sanders solidified his front-runner status with what appeared to be a decisive victory in the Democratic presidential caucuses in Nevada on Saturday, while Joe Biden was on track for a second-place finish that would give his struggling campaign new hope.

Sanders, a senator from Vermont, rode a wave of backing from a diverse coalition of young and middle-aged voters, Latinos, union members and white college-educated women to a win in Nevada, showing signs of expanding support for his front-running campaign beyond his longstanding core.

“We have put together a multi-generational, multiracial coalition that is going to not only win in Nevada, it’s going to sweep the country,” Sanders told cheering supporters in San Antonio, Texas.

Biden, the former vice president, appeared to score a badly needed strong finish after poor showings in the first two contests in Iowa and New Hampshire for the party’s nomination to face Republican President Donald Trump in the November election.

Sanders had 44% of the county convention delegates in Nevada with about 11% of the precincts reported, as results were slow to roll in six hours after the caucuses began. Biden was a distant second to Sanders with 25%, but ahead of former Mayor Pete Buttigieg of South Bend, Indiana, in third with 15%.

“The press is ready to declare people dead quickly, but we’re alive and we’re coming back and we’re gonna win,” Biden told supporters in Las Vegas on Saturday night.

Senator Elizabeth Warren was trailing in a disappointing fourth with 8% in Nevada, where voters poured into more than 250 sites around the state. Senator Amy Klobuchar and activist billionaire Tom Steyer were well back at 4%.

Buttigieg cautioned Democrats about nominating Sanders, a self-identified democratic socialist that he portrayed as an ideologue.

“We can prioritize either ideological purity or inclusive victory. We can either call people names online or we can call them into our movement. We can either tighten a narrow and hardcore base or open the tent to a new, broad, big-hearted American coalition,” Buttigieg told supporters in Las Vegas.

The race now begins to broaden across the country, with the next primary on Feb. 29 in South Carolina, followed by the Super Tuesday contests in 14 states on March 3 that pick more than one-third of the pledged delegates who will help select a Democratic nominee.

Biden is counting on a strong showing in South Carolina, which has a large bloc of black voters, while the Super Tuesday states will bring former New York Mayor Michael Bloomberg, who has not been competing in the four early voting states but has been rising in polls, into the race.

“The Nevada results reinforce the reality that this fragmented field is putting Bernie Sanders on pace to amass an insurmountable delegate lead,” Bloomberg campaign manager Kevin Sheekey said in a statement.

On Twitter, Trump appeared to be enjoying the Democratic race.

“Looks like Crazy Bernie is doing well in the Great State of Nevada. Biden & the rest look weak, & no way Mini Mike,” Trump wrote, the last a reference to Bloomberg. 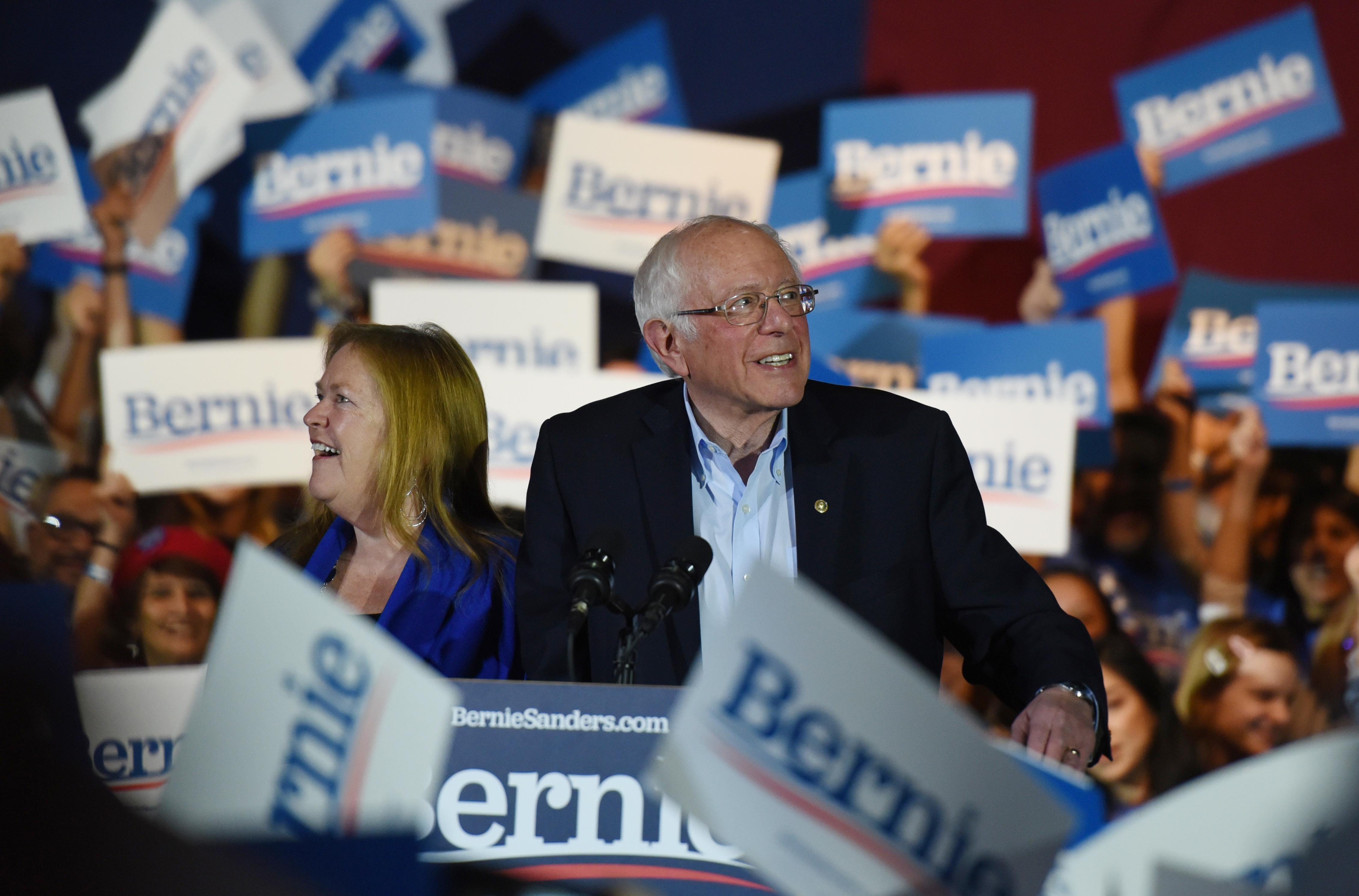 After a technical meltdown delayed results in Iowa, state officials promised a revised reporting system using a telephone hotline and photos of caucus reporting sheets would ensure a smoother process.

But precinct chairs at some caucuses reported long waits on the phone lines. Larry Van, a retired pharmacist who was the volunteer secretary at a precinct that went to Biden, said he called the phone number to report results eight times before he eventually got through.

In the final result of a caucus at the famed Bellagio hotel on the Las Vegas strip, Sanders finished with 76 votes, Biden had 45 and no other candidate ended with a vote.

Workers at the hotel, who are members of the Culinary Workers Union, streamed out of the caucus after backing Sanders despite their leadership expressing reservations about his healthcare plan.

“I went for Bernie. I’m not big into politics, but I like the things he’s going for: student loan debt, schools, free healthcare,” said Aleiza Smith, 22, a housekeeper at the Bellagio.

Four days of early voting in Nevada this week drew more than 75,000 Democrats, more than half first-time voters, putting the party in position to surpass the turnout record of 118,000 in 2008, when Barack Obama’s candidacy electrified the party.

But those early votes had to be counted along with those cast on Saturday, complicating the process.

Sanders was aided in Nevada by strong support from the six in 10 voters who said they backed a government-run Medicare for All, an entrance poll by the Edison Research agency showed.

Six out of 10 caucus-goers wanted someone who can beat Trump more than someone who agrees with them on major issues, according to the poll. 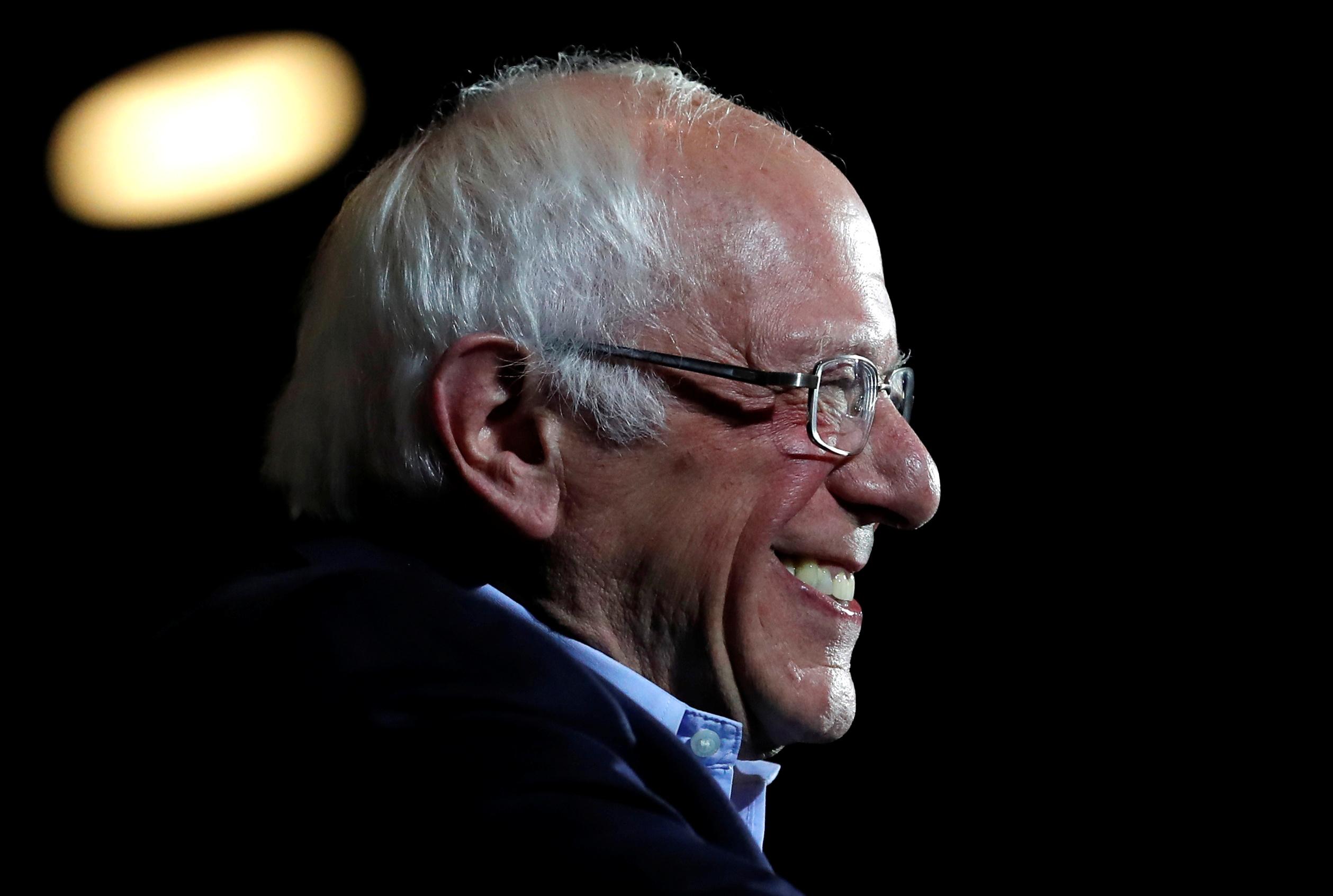 The entrance poll showed that Sanders led in Nevada across all age groups except for those older than 65. Around 54% of Latino voters said they backed him, while 24% of college-educated white women and 34% of those who have a union member in their families supported him.

On Friday news broke that Sanders had been briefed by U.S. officials that Russia was trying to help his campaign as part of an effort to interfere with the 2020 presidential election. Sanders warned Russian President Vladimir Putin not to interfere in the U.S. election.

Biden and Warren had been looking to jump-start struggling campaigns after poor finishes in the first two states. Warren and Klobuchar will face new questions about the viability of their campaigns after their poor showings.