Following a furious clash between Nicola Sturgeon and Douglas Ross, the Scottish Labour Party leader appeared to mock the pair for setting a great example for young people during the NUS Scotland debate. However, both Ms Sturgeon and Mr Ross fired their own digs at Anas Sarwar for “sitting on the fence”.

Mr Sarwar said: “A great example to children and young people across the country, fantastic.”

Ms Sturgeon replied: “All this sitting on the fence might be good for a while but sooner or later in politics, you have to decide which side you are on.”

The Scottish Labour leader asked: “Was that targetted at me, sorry?”

Mr Ross interjected: “As she was speaking about sitting on the fence, it was definitely at you Anas.” 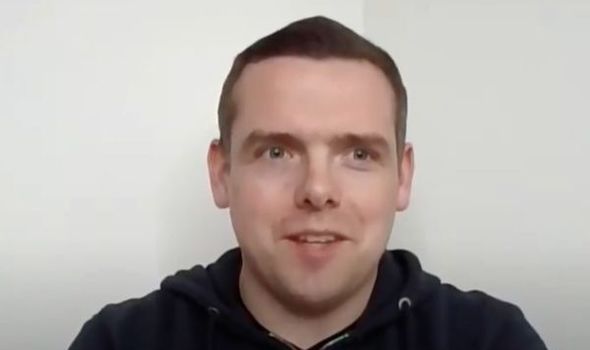 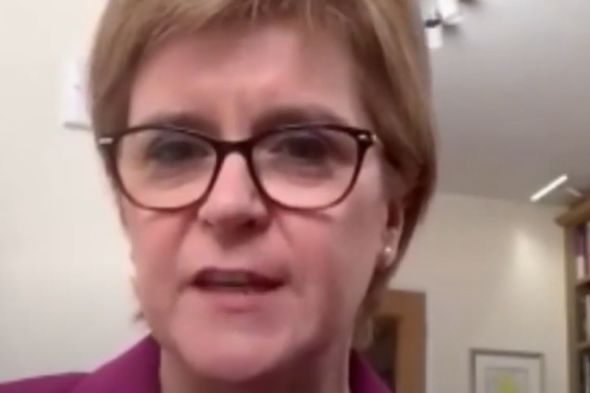 Mr Sarwar added: “I think my position is pretty clear, I just like to not forget about the half of the country that does not agree with me.”

The Scottish Labour leader made the comment regarding setting an example for young people as a heated clash unfolded between Ms Stugeon and Mr Ross over Covid vaccine rates.

Mr Ross asked the First Minister: “What is the highest percentage for an independent country in the European Union for their population to be covered?”

Sturgeon hits out at Ross for 'disgraceful' vaccine criticism

Ms Sturgeon said: “That is irrelevant, let me also remind you that at the start of this year when you were wrongly saying that the vaccination programme was running behind the rest of the UK.

The SNP leader replied: “The point is the UK chose to procure in the way that it did and you are saying it could not have done that and Scotland could not have chosen to do that with the other UK nations had we been a member of the EU. 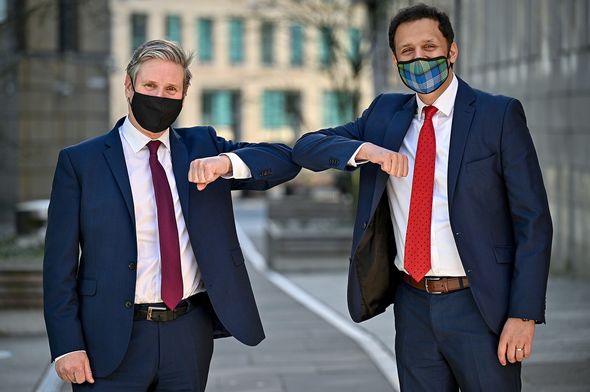 “That is quite simply not true, we procured the vaccine in the same way every year we procure the flu vaccine.

“You don’t need to tell me how many people have been vaccinated, I spent every day overseeing the programme.

“So stop talking down our vaccination programme for political purposes.

“It is disgraceful to seek to do that.”