Environment Secretary George Eustice said Scotland had failed to recruit a sufficient number of health inspectors to check fishing stocks after December 31. All fish exported to the EU in the new year will need a health certificate signed off by an environmental health officer.

But the SNP led Scottish Government has failed to higher a sufficient number of environmental health inspectors, Mr Eustice claimed.

Speaking in the Commons, Mr Eustice said the SNP led administration was short of about 100 people.

“We have around 1,000 officers now that can issue export health certificates for fish. 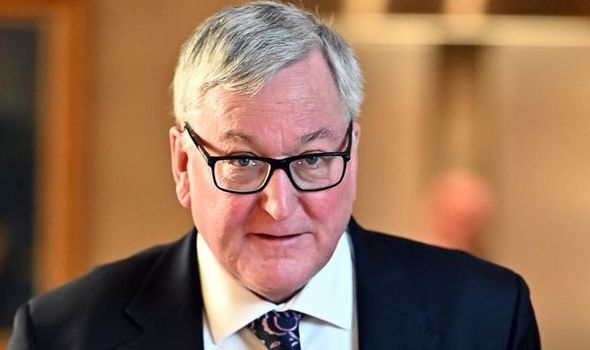 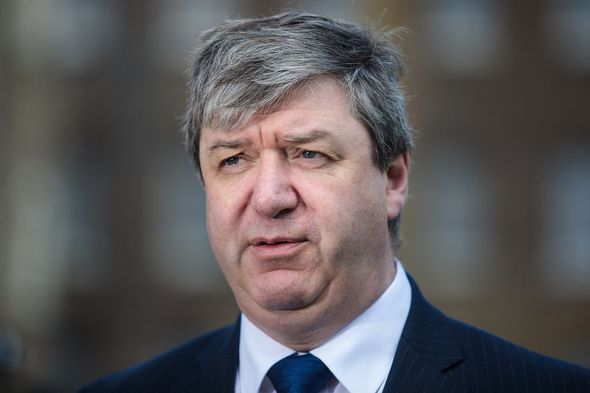 “It is the case there are some concerns in Scotland where the Scottish Government potentially has a gap in capacity of 100, we’re working with them to try to offer our help to ensure this gap can be filled.”

He added: “The SNP are never slow to laugh at the Tories for their lorry queues in Kent but if fishermen cannot even get their fish on the quay in Lerwick or Peterhead because of a lack of health inspectors, that laughter will have a hollow ring to it.

“We have known for months that these health certificates would be needed, even with a trade deal with the EU. 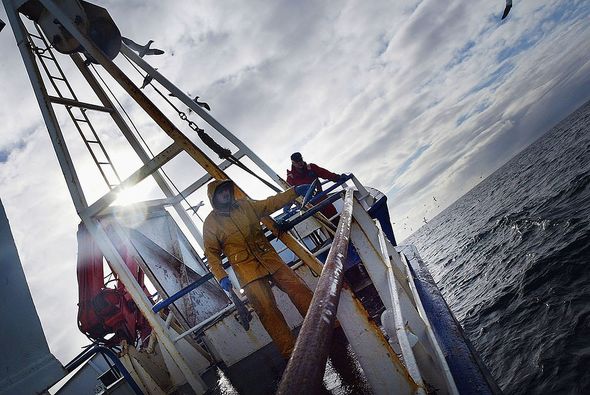 “I raised concerns about the issue almost two years ago when the Scottish Government itself had estimated that 150,000 certificates would be needed.

“They knew about the need for inspectors then so why have they been sitting on their hands since?”

But furious SNP government chiefs claimed any problem was a “mess of the UK Government’s making”.

Scotland’s Rural Economy Secretary Fergus Ewing said: “This is a mess of the UK Government’s making, certificates are only necessary as a consequence of its pursuit of a hard Brexit. 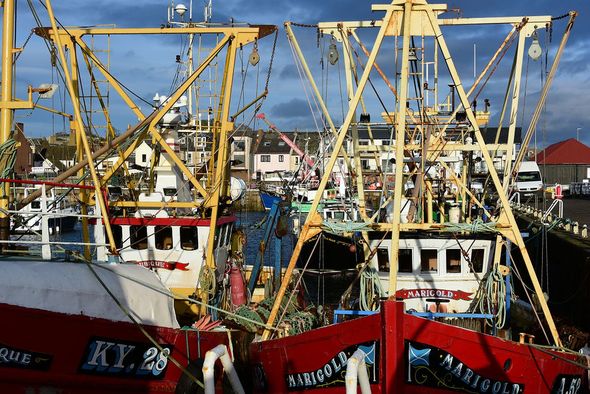 “The Scottish Government, together with Food Standards Scotland and Scottish local authorities, have been working intensively with logistics companies to provide a services at a number of central Scotland logistics hubs, thereby reducing the burden on local authorities.”

At the same time, Mr Ewing took aim at the UK government over claiming relations with the UK Government have not followed suit over “fishing”.

Fishing remains one of the three fighting points which is struggling a Post-Brexit trade deal to be secured.

Speaking during Holyrood’s Rural Economy and Connectivity Committee, Mr Ewing said despite repeated requests, Scottish Government officials were “denied the opportunity to participate in the talks about a future fisheries agreement.” 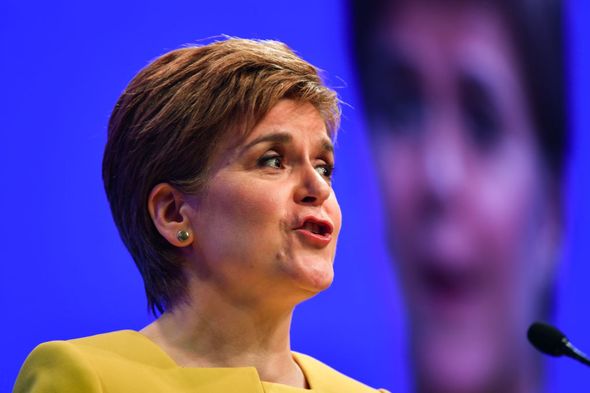 He added: “The risk in the next couple of weeks is that some last-minute shady deal is done by Mr Frost or whoever on the UK side without reference to Scotland and with unforeseen and unintended adverse consequences for Scotland.”

Boris Johnson’s official spokesman said today although time was in “very short supply”, Britain would stick at the discussions if an agreement was still possible.

But the comments appeared to be at odds with the EU’s chief negotiator Michel Barnier, who reportedly told MEPs the deadline for talks succeeding is Wednesday.

Penny Mordaunt also reiterated Boris Johnson will not compromise on fishing as part of the Brexit trade talks.

The Cabinet Office minister told the Commons: “We are a sovereign nation, these are our waters, we have plans for a resurgence of these industries and he (a fellow MP) has my assurances that the Prime Minister will not compromise.”