The SNP has been accused of exploiting chaos and divisions inside the UK as a way to promote Scottish independence. RT host Bill Dod made the accusation during a fiery interview with SNP MSP Alex Neil. He said that the SNP were “grasping” at the chaos surrounding the Internal Market Bill to “promote the independence cause”.

BREXIT BULLETIN: Sign up for our special edition newsletter with exclusive insight from this week’s crunch talks

Mr Neil branded the new Brexit bill from Westminster as a “power grab” from Scotland.

However, Dod hit back: “This is not a power grab at all, is it? Westminster is simply taking back power from Brussels on regulations.”

The SNP politician responded: “Those powers designated to Brussels were originally part of the Scottish Parliament.

“We were prepared to share those powers with Brussels and now that they are being given back to London, they should come back to Edinburgh!” 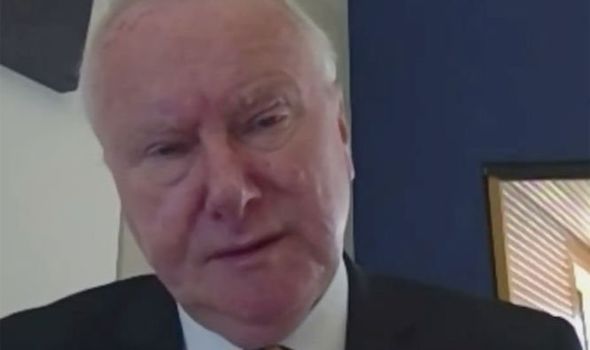 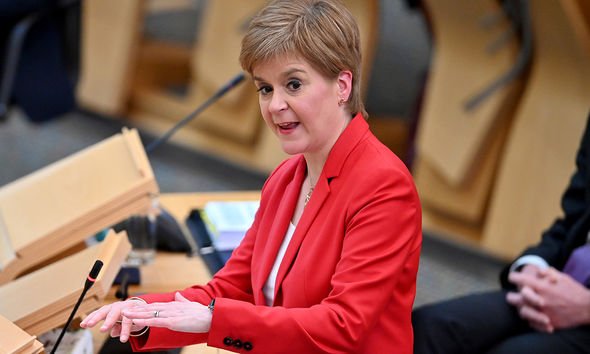 He said that the SNP was concerned about a “slippery slope” effect of powers moving from Scotland to London.

Mr Neil explained: “If they get away with this, when is the next power grab?

“What will they try to strip the Scottish Parliament of next? It would set a dangerous precedent.

“They are moving in the opposite directions of the Scottish people, because according to the latest opinion polls, over half of Scots are in support of independence for Scotland. 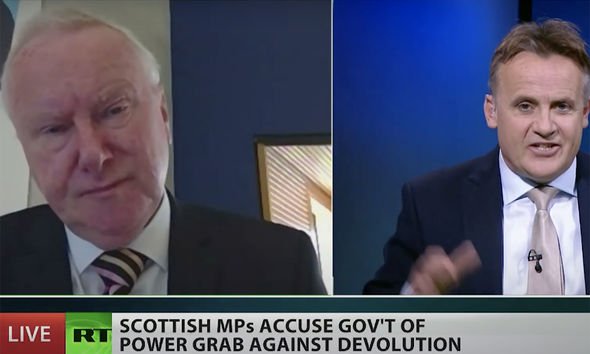 “This power grab bill will help drive more people into the hands of the SNP and the independence movement.”

This prompted Dod to ask: “So then the SNP are grasping this opportunity to stir up more divisions, and promote the independence cause?”

Mr Neil denied this, saying: “We are not stirring up anything.

“It is the UK Government that has drafted provisions to snatch powers from the Scottish Parliament. We are standing up for Scotland.” 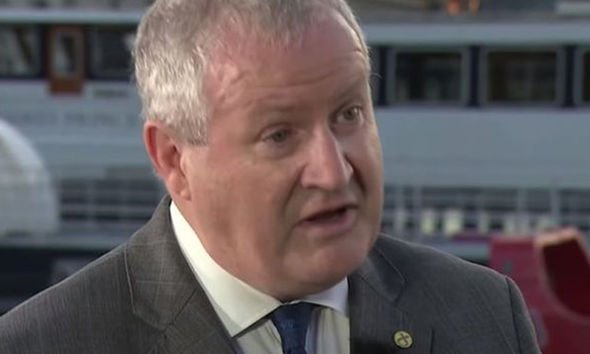 The fury between the SNP and Westminster erupted on Wednesday when the SNP leader in Westminster Ian Blackford branded Boris Johnson a liar for the alleged power grab.

The SNP MP accused the Prime Minister of creating a “rogue state” as he spoke against the Internal Market Bill, which he said amounted to “an attack on Scotland’s parliament and an affront to the people of Scotland”.

The bill has sparked headlines for breaking international law after breaching the Brexit withdrawal agreement with Brussels.

However, the bill will also see powers on state aid and spending return from Brussels to Westminster, instead of devolved administrations.