Official figures reveal Scotland has the UK’s slowest inoculation rate and also recorded its lowest daily increase. Critics have accused the SNP led Scottish government of putting a second independence referendum ahead getting Scots vaccinated with the rollout branded a “shambles”.

Finance Secretary Kate Forbes is expected to announce on Thursday funding for developing a draft independence referendum bill ahead of the Holyrood election, although campaigning costs would be borne by the SNP.

Donald Cameron MSP, the Scottish Tories tabled a confidence style motion which MSPs will debate today in a bid to get the Scottish Government to be held to account over the rollout.

Mr Cameron said in the motion: “That the Parliament believes that planning an independence referendum in 2021, during an ongoing global pandemic, would be reckless and damaging.

“[We] call on the Scottish Government to instead establish a taskforce to speed up the roll-out of the COVID-19 vaccination programme across Scotland.” 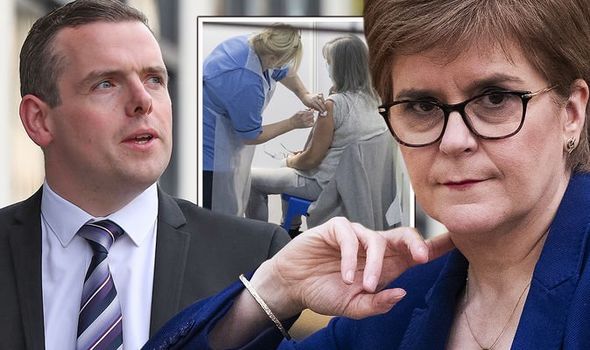 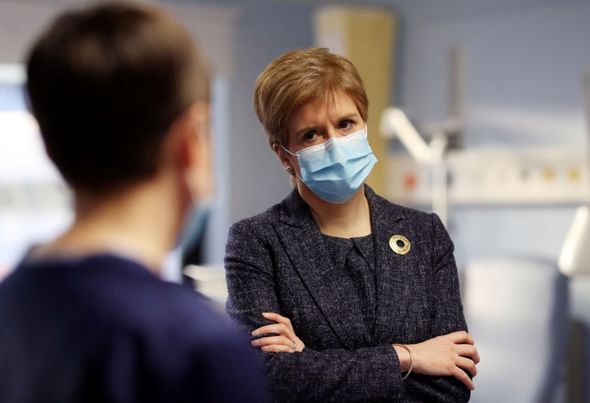 It is understood that almost one million doses have been issued to Scotland – but only 443,960 have been used.

The latest figures reveal 22,498 Scots received their first dose on Monday compared to 234,851 in England.

Following the publication of the latest Scottish Government data, Ms Sturgeon hinted a “weekend lag” could be to blame and insisted a seven-day-a-week operation is underway.

But the Tories hit back and claimed the figures exposed Ms Sturgeon’s excuse as “absolute nonsense.” 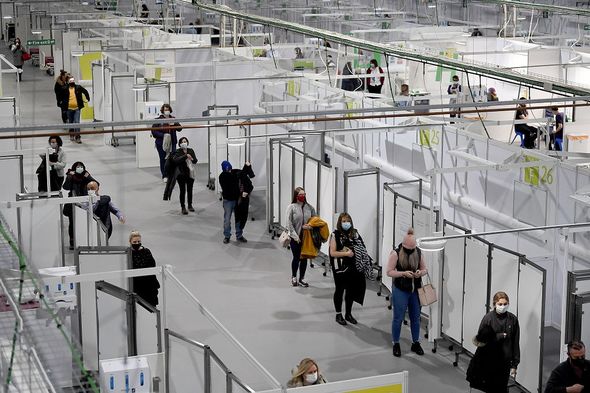 “The SNP are risking Scotland’s recovery to pursue their own selfish goal of separation.

“They need to get a grip on the vaccine rollout before they fall even further behind their targets.”

The Tories also accused the Scottish Government of sitting on around half a million doses. 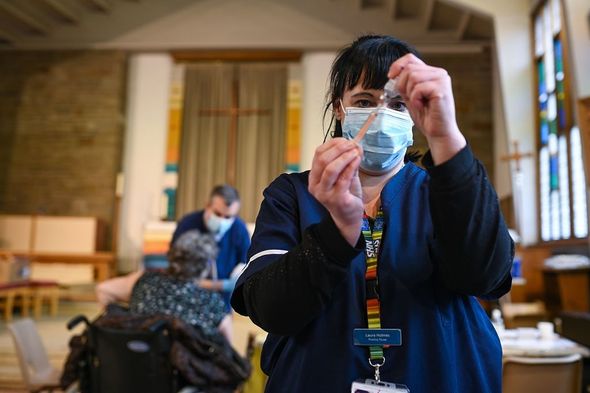 Meanwhile, Dr Andrew Buist, chairman of the Scottish General Practitioners Committee at the British Medical Association, said GPs were still being kept in the dark about supplies.

He added: “We need to get mass vaccination centres up and running in order to meet this target of the priority groups three and four by the middle of February.

Last night, Health Secretary Matt Hancock, also added: “Throughout the pandemic we have worked closely across the UK in a united front against this virus.

“From vaccines to ambulance services, we are stronger together across the UK in the fight against this pandemic.” 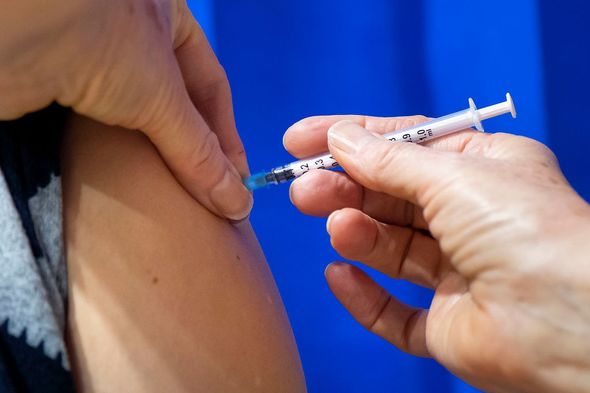 Yesterday Deputy First Minister John Swinney announced more than half (51 percent) of Scotland’s over-80s have now had a first dose.

Around 95 percent of older care home residents and a similar proportion of frontline NHS and social care workers are also in this position, with second doses set to follow in 12 weeks.

When challenged by Tory MSP Jamie Greene in parliament on Tuesday about the vaccine rollout, Mr Swinney, added: “There are not 500,000 doses of the vaccine in our hands in Scotland, able to be used at this present moment.

“There are more vaccines being allocated to Scotland than are in our hands and they will be drawn down as soon as the distributors are able to verify those supplies and distribute them on to us in Scotland and that’s the orderly path that we are taking.”

Mr Swinney insisted many of these unused doses still had to be “drawn down” from distributors, which he said was being done in an “orderly” way and denied claims that the vaccine rollout was “slow and sluggish”, he said all targets would be met.

He also claimed an independence referendum would be at the heart of Scotland’s economic recovery from coronavirus.