Brexit: Labour MP refuses to confirm if party will back deal

The Sky News host grilled the Labour frontbencher on his party’s intentions should a Brexit deal be agreed between the UK and the EU and presented to Parliament for ratification this month. Labour abstained in a key vote to introduce the latest coronavirus measures in England last week. Now Mr Thomas-Symonds refused to rule out a similar move on a potential Brexit agreement.

Ms Ridge asked: “If a no deal would be catastrophic, in your words, and the UK absolutely needs to get a deal, surely the logical conclusion is that Labour is going to vote for a deal.”

In an attempt to dodge the question, the Labour MP replied: “There’s two points there: fist of all, it’s a responsible thing to actually consider the deal that is actually agreed.

“In addition to that, we don’t know at the moment what’s actually going to be presented to Parliament.

“Will it be the deal as agreed? Will it be a piece of legislation actually giving effect to that deal in legal terms? And we’ll have to consider that as well.

“So those are the questions that we will as an opposition be considering.

“Considering those we will put the national interest first and bear in mind how important it is that we do actually find a way of leaving with a deal.

“No deal would be catastrophic at any moment but it is particularly the case as we go through this pandemic.” 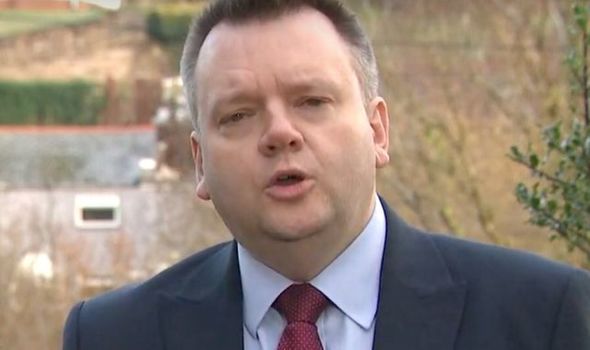 But the Sky News host insisted: “Listening to your answers, one one hand or the other hand, if feels to me like abstaining is on the table still.”

Mr Thomas-Symonds replied: “It’s a question of first of all the Government we want to get a deal, that is crucially important.

“That’s why it’s been extremely concerning.”

As he still claimed Labour would consider “various options”, Ms Ridge blasted: “I absolutely understand that you need see the legislation, but there is a serious point here.

“But that is why we elect politicians to make those difficult decisions.