The SNP’s Westminster leader was rebuked by the Speaker of the House Sir Lindsay Hoyle during a heated clash at Prime Minister Questions this afternoon. Mr Blackford skirted parliamentary rules, combining close to directly accusing Boris Johnson of lying over how renovations of the Downing Street flat were financed. Responding, the Prime Minister invited Sir Lindsay to judge whether the SNP MP’s remarks were “out of order” leading the Speaker to intervene with a stinging jibe.

Mr Blackford said: “Now parliamentary rules stop me from saying the Prime Minister has repeatedly lied to the public over the last week.

“But can I ask the question are you a liar Prime Minister?”

The senior SNP figure also stated that multiple people were willing to swear under oath and Mr Johnson had uttered those words. 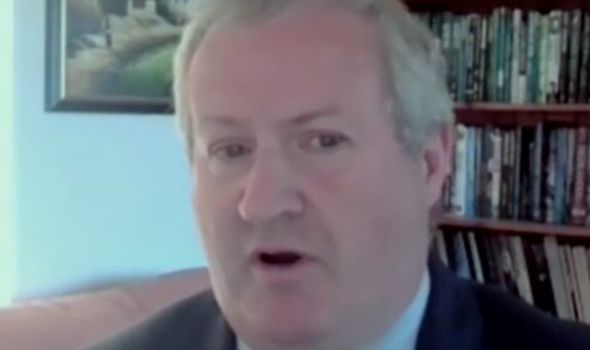 The Speaker slammed Mr Blackford’s conduct stating his remarks towards the Prime Minister were “unsavoury.”

He told the House the comments were “not what we expect.”

Standing at the dispatch box, Mr Johnson said: “If he is going to relay that kind of quotation, it is up to him in a place like Parliament to produce the author.

“The person who claims to have heard it, because I can’t find them, he says that they’re willing to go oath. 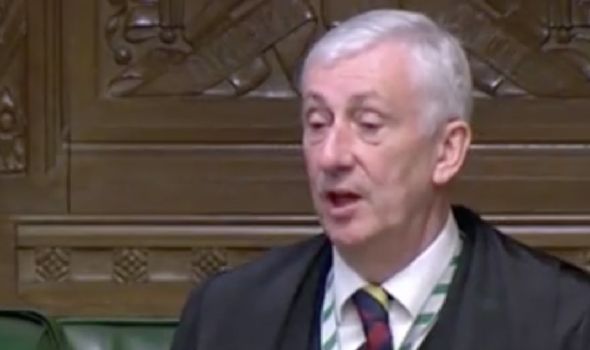 “Perhaps they’re sitting somewhere in this building, I rather doubt it because I didn’t say those words.

It comes after the Leader of the Opposition Kier Starmer demanded a “yes or no” answer from Mr Johnson on whether he made the ‘bodies pile high’ remark.

The Prime Minister strong rejected the claims he made any such a comment.

DON’T MISS:
Read BEN HABIB on how today’s Brexit deal is a shocking sell-out [COMMENT]
So much for good faith! France promises to be ‘brutal’ with UK [UPDATE]
UK didn’t get what it wanted! MEP gloats as Europe ‘stands firm’ [WATCH] 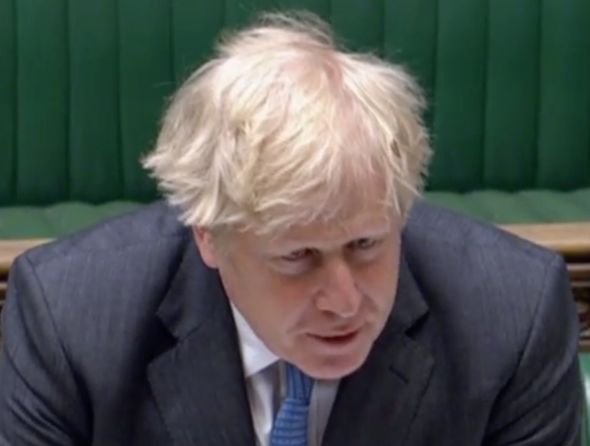 Mr Johnson said: “No, and I think the right honourable gentleman is a lawyer and I think if he is going to repeat allegations like that, he should come to this house and substantiate those allegations, and say where he heard them and who exactly is supposed to have said those things.”

He added: “It was thanks to that lockdown, the tough decision that we took, the heroic British people, that we have got through to this stage of the pandemic, where we find ourselves rolling out our vaccine, where 25 percent of the adult population have now had two doses.

“Lockdowns are miserable, appalling things to have to do, but I have to say that I believe we had absolutely no choice.”

The Prime Minister has come under pressure in the face of claims he misled the public over who funded the lavish refurbishment of his Downing Street residence.