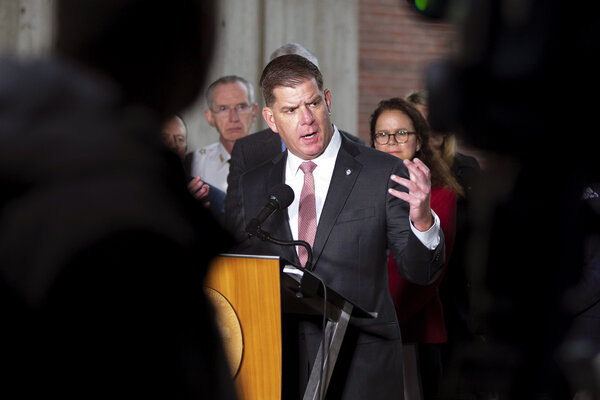 The Senate on Monday confirmed Martin J. Walsh, the mayor of Boston and a former leader of the city’s powerful building trades council, as labor secretary. The vote was 68-29.

Mr. Walsh’s nomination to the position had won widespread praise from union officials, who were enthusiastic about having one of their own oversee the department, a historical rarity. Many union officials regard his close relationship with the president as an advantage for labor groups.

“Because he enjoys mutual trust and respect with President Biden, he will be positioned to put labor’s concerns front and center on the national agenda,” Lee Saunders, president of the American Federation of State, County and Municipal Employees, said in an email.

One of Mr. Walsh’s top priorities as labor secretary will be re-energizing the Occupational Safety and Health Administration, which critics have accused of failing to protect workers during the pandemic. The safety agency recently put out new guidance to employers on protecting workers from Covid-19 and is considering a new rule that would mandate safety measures that the Trump administration declined to issue.

The department has already moved to set aside a number of rules issued by the Trump administration that weakened worker protections. One of those rules would likely have deemed most gig workers to be independent contractors rather than employees, making them ineligible for the federal minimum wage and overtime pay.

Under Mr. Walsh, the department will be charged with crafting replacements for some of these rules. It will likely move to expand other protections, such as raising the threshold below which most salaried workers are automatically eligible for time-and-a-half overtime pay, currently set at about $35,500.

Some progressive groups had urged Mr. Biden to select a candidate from a more diverse background as his labor secretary, but many union leaders touted Mr. Walsh’s record in Boston as evidence that he would be a champion of all workers.

As mayor he offered support to undocumented immigrants who federal authorities were seeking to detain; pressed contractors to set aside at least 40 percent of their work on public construction projects for racial minorities; and created gender neutral bathrooms in City Hall.

“If you know Marty Walsh, you know that he has transcended race and class lines and fights for all with a real focus on the vulnerable,” said Randi Weingarten, the president of the American Federation of Teachers.

Mr. Walsh plans to resign as mayor this evening, according to an aide.