Boris Johnson insisted refusing to back the Government’s trade deal would effectively consist in backing a no deal Brexit.

The SNP has maintained they will not vote in support of the trade agreement as Scotland did not vote to quit the European Union in the first place.

But the comments delivered the Prime Minister with an opportunity for a perfect dig at the Scottish party as he presented the European Union (Future Relationship) Bill.

Mr Johnson said: “The Scottish National Party is going to vote against the deal. They’re effectively going to vote for no deal which they campaigned against and denounced.

“This will prove once and for all the interests of Scotland, England, Wales and Northern Ireland are best served by a one nation party serving one United Kingdom.” 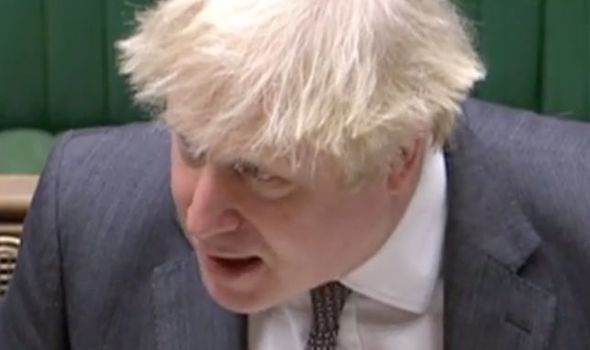