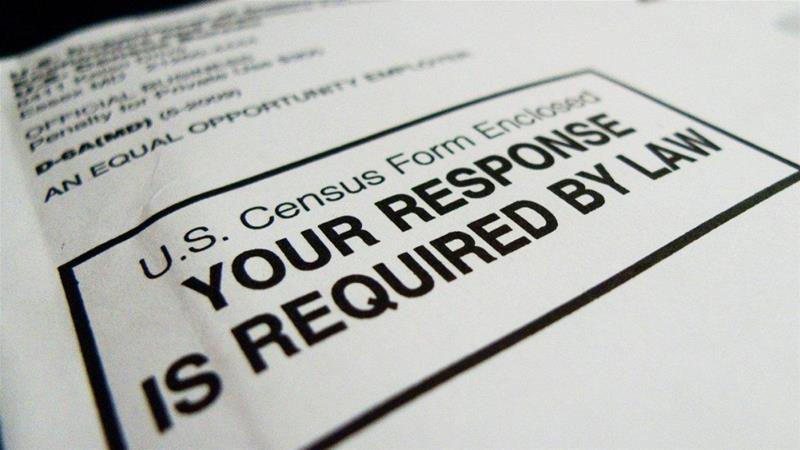 The US Supreme Court will decide the fate of a fiercely contested plan by President Donald Trump’s administration to add a citizenship question to the 2020 census.

The court agreed on Friday to an expedited review of a judge’s ruling blocking the plan.

The justices, in a brief order, granted the administration’s request to hear its appeal of Manhattan-based US District Judge Jesse Furman’s January 15 ruling even before a lower appeals court has considered the matter. Oral arguments in the case will take place in late April, with a ruling due by the end of June.

Furman’s ruling came in lawsuits brought by 18 US states, 15 cities and various civil rights groups challenging the administration’s decision to include the question. The plaintiffs said the question would scare immigrants and Latinos into abstaining from the census, disproportionately affecting Democratic-leaning states.

Furman ruled that Commerce Secretary Wilbur Ross had concealed the true motives for his “arbitrary and capricious” decision to add the citizenship question in violation of federal law.

Time is of the essence in the case, as the official census forms are due to be printed in the coming months.

Opponents have accused the administration of trying to engineer an undercount of the true population and diminish the electoral representation of Democratic-leaning communities in Congress, benefiting Trump’s fellow Republicans. Non-citizens comprise an estimated seven percent of people living in the United States.

The US Constitution mandates a census every 10 years. The official population count is used in the allocation of seats in the US House of Representatives and the distribution of billions of dollars in federal funds. There has not been a census question about citizenship status since 1950.

Trump has pursued hardline policies to limit immigration. On Friday, he declared a national emergency in a bid to fund his promised wall along the US-Mexico border without congressional approval, a step he has called necessary to combat irregular immigration, despite statistics showing it is at a 20-year low.

The administration has argued that it wants to reinstate a “wholly unremarkable demographic question about citizenship” as part of the census questionnaire. It called Furman’s ruling “the first time the judiciary has ever dictated the contents of the decennial census questionnaire.”

Ross announced in March 2018 that the administration would include a citizenship question, saying the Justice Department had requested the data to help enforce the Voting Rights Act that protects eligible voters from discrimination. Only US citizens can vote in federal elections.

In his ruling, Furman said the evidence showed Ross and his aides “worked hard to generate such a request for the citizenship question” from the Justice Department, and that he made the decision despite Census Bureau evidence that such a question would lead to lower response rates for the census.

The judge found a “veritable smorgasbord” of violations of a law called the Administrative Procedure Act.

Democrats call the citizenship question part of a broader Republican effort at the federal and state level, also including voter-suppression measures and redrawing of electoral districts, to diminish the voting power of areas and groups that typically back Democratic candidates, including immigrants, Latinos and African-Americans. Republicans reject the accusation.

A decision by the justices to take up a case like this one before an appeal is handled by one of the regional federal appeals courts is rare. According to the court’s rules, it takes up such requests only when the case is of “imperative public importance” warranting immediate review.

The last time it decided a case officially filed in advance of judgment by an appeals court was in 2005. That case, during President George W Bush’s administration, involved a challenge to criminal sentencing guidelines.