WASHINGTON (Reuters) – President Donald Trump’s long-time adviser Roger Stone is set to be sentenced on Thursday after being convicted on charges including lying to a congressional panel investigating Russian interference in the 2016 U.S. election in a case that has roiled the Justice Department and drawn Trump’s ire. 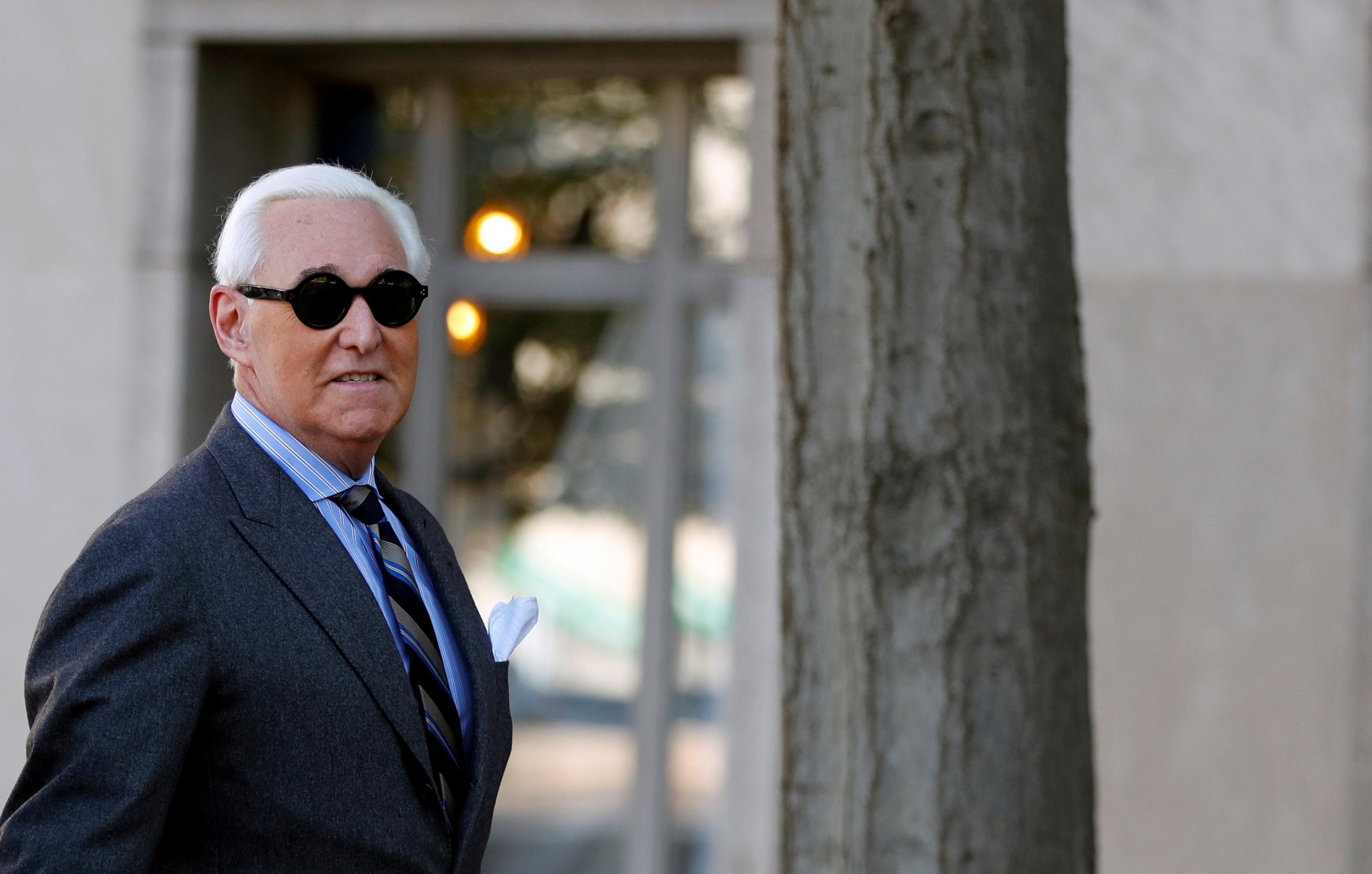 U.S. District Judge Amy Berman Jackson is scheduled to sentence Stone, whose career as a Republican operative has stretched from the Watergate scandal era of the early 1970s to Trump’s campaign four years ago, at 10 a.m. EST (1500 GMT) in Washington.

A jury of nine women and three men convicted Stone, 67, on Nov. 15 on all seven counts of lying to Congress, obstruction of justice and witness tampering. The charges stemmed from Special Counsel Robert Mueller’s investigation that detailed Russian meddling in the 2016 election to boost Trump’s candidacy. Stone was one of several Trump associates charged in Mueller’s inquiry.

Trump, who on Tuesday granted clemency to prominent convicted white-collar criminals including financier Michael Milken and former Illinois Governor Rod Blagojevich, has sidestepped questions about whether he will pardon Stone. “We’re going to see what happens,” Trump said on Tuesday.

Prosecutors said Stone lied to the U.S. House of Representatives Intelligence Committee about his attempts to contact WikiLeaks, the website that released damaging emails about Trump’s Democratic election rival Hillary Clinton that U.S. intelligence officials have concluded were stolen by Russian hackers.

Trump, emboldened after his Senate acquittal in his impeachment trial, has attacked the prosecutors, jurors and judge in the case. After prosecutors last week recommended that the judge sentence Stone to serve seven to nine years in prison, Trump blasted them as “corrupt” and railed against this “miscarriage of justice.”

U.S. Attorney General William Barr then intervened and the Justice Department withdrew the sentencing recommendation, prompting the four prosecutors to resign from the case. Congressional Democrats have accused Trump and Barr of politicizing the U.S. criminal justice system and threatening the rule of law.

Trump kept up his attacks even after Barr said in an ABC News interview that Trump’s comments “make it impossible for me to do my job.” Barr has considered stepping down, according to a source familiar with the matter.

Stone, who has labeled himself a “dirty trickster” and “agent provocateur” and famously has the face of former President Richard Nixon tattooed on his back, was arrested in January 2019 in a pre-dawn FBI raid on his Florida home.

He repeatedly pushed the boundaries set by Jackson. He violated her orders not to talk about the case or post on social media, and the judge accused him of “middle school” behavior. At one point, Stone posted an image of Jackson on Instagram with what looked like the crosshairs of a gun over her head, later apologizing to the judge in court.

The sentencing caps a roller coaster of a case that featured references to the 1974 film “The Godfather Part II,” a Bernie Sanders impression and testimony from figures in Trump’s political inner circle including former White House strategist Steve Bannon and former Trump campaign deputy Rick Gates.