Trump said two sides could not reach an agreement over sanctions, lower-level negotiations to continue.

Hanoi, Vietnam – US President Donald Trump has said North Korea’s demand that the US lift economic sanctions in their entirety forced the US to walk away from reaching an agreement at a summit in Vietnam.

The announcement, made in a short statement from the White House on Thursday, confirmed that “no agreement was reached at this time.”

The “Joint Agreement Signing Ceremony”, as well as a working lunch scheduled for Thursday afternoon in the Vietnamese capital, Hanoi, were cancelled following the announcement.

“It was about the sanctions. They wanted sanctions to be lifted in their entirety and we couldn’t do that,” Trump told reporters at a press conference in Hanoi, which was brought forward by two hours due to the turn of events.

The announcement came as a surprise after Trump and North Korean leader Kim Jong Un appeared confident and optimistic when talking to the press earlier on Thursday as well as on Wednesday.

“North Korea is willing to denuclearise but we couldn’t give up all the sanctions for that. He has a certain vision and it’s not exactly our vision,” Trump said.

“We are a lot closer than we were a year ago. Eventually, we will get there but on this particular visit, we decided we had to walk”. 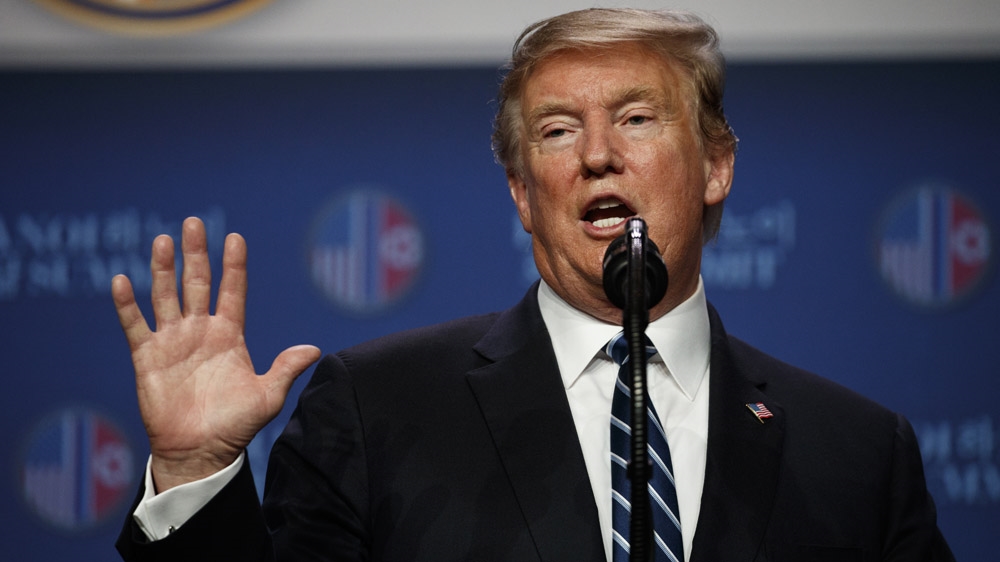 Trump added that the two days of talks had advanced ongoing negotiations on denuclearisation and relations between the two countries.

“We want to keep that relationship. He promised me he isn’t going to test rockets and nuclear missiles. I trust him and take his word for it. I hope it’s true,” said Trump. “It just wasn’t appropriate to sign an agreement today. We had the papers read but I just didn’t think it was appropriate.”

There was no indication from Trump or the White House that the two leaders will meet again.

The collapse of the talks will raise questions about the Trump administration’s lack of preparation in advance of the summit. It follows criticism of the outcome of the last set of talks between the two leaders – in Singapore in June 2018 – where the lack of a specific and tangible plan to achieve targets was heavily criticised.

“Whether this moves the process of reaching [an] agreement [going] forward or not remains to be seen but with the kind of information received today, the US didn’t really need to send its president halfway across the world to find out,” Daniel Pinkston, a North Korea expert told Al Jazeera.

“But these processes usually work from the bottom up. The working-level experts have not had the opportunity and time to do all that work and fulfil all the required steps to draft a comprehensive agreement.

“But I think it’s better to walk away than sign a bad agreement. This means that it will now go back to the lower levels.” 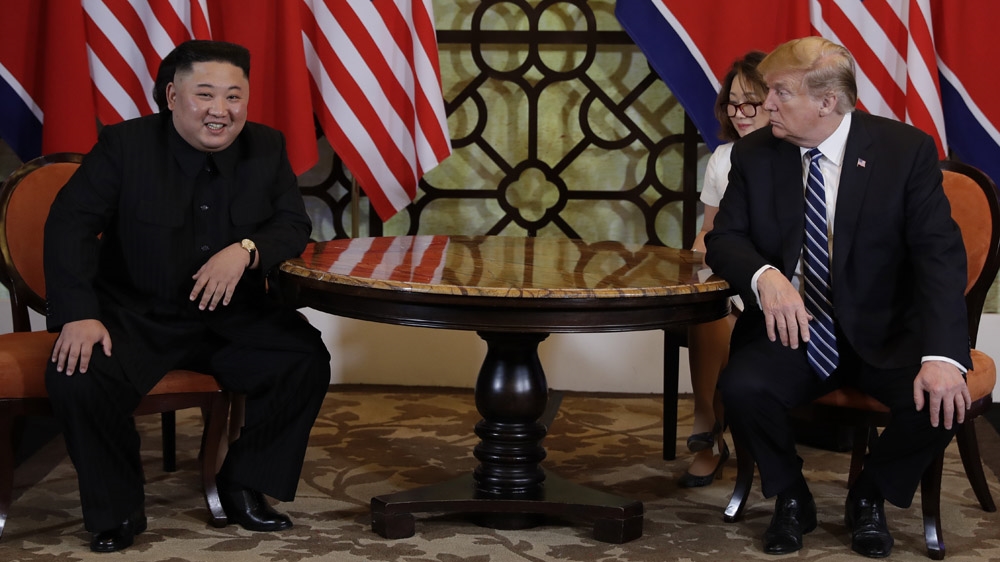 US Secretary of State Mike Pompeo, who accompanied Trump to the meeting, said the US and North Korea were “certainly closer today than they were 36 hours ago”.

During the two days of talks, Trump repeatedly talked about improving the state of North Korea’s economy, saying there was much potential and that he wanted to help the country to become “something economically very hard to compete for many countries”.

In the lead up to the summit, Trump sought a continuation of the pause in Pyongyang’s weapon’s testing, adding that he was in no rush to achieve denuclearisation.

The US also wanted North Korea to agree to get rid of all weapons capable of mass destruction, as well as produce a concrete plan of action on how it would achieve that goal.

In return, Kim wanted the easing of sanctions and a formal declaration to end the Korean War, which drew to a close following an armistice in 1953.

North Korea was also calling for the relaunching of some inter-Korean economic projects and the opening of a US liaison office in Pyongyang, according to US officials.

“No deal is a surprise, especially as they were both all smiley last evening,” said Lim Soo-ho, senior research fellow at the South Korea-based Institute for National Security Strategy.

“But no deal today doesn’t mean there won’t be one in coming months. It means the stakes were too high for the two leaders to give another wishy-washy statement like they did in Singapore.”