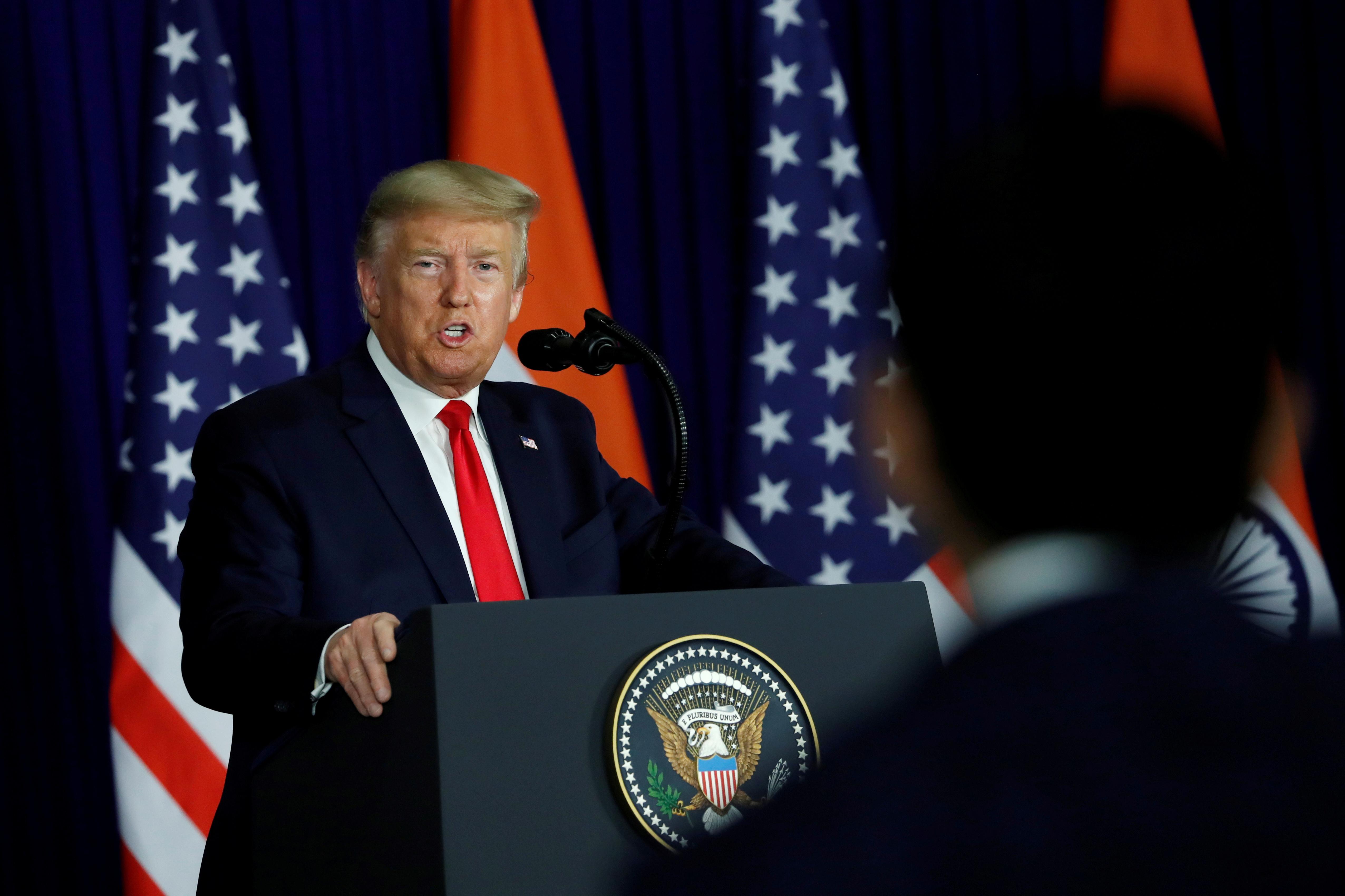 NEW DELHI (Reuters) – U.S. President Donald Trump said on Tuesday that no country was trying to help him win the November election, after a top intelligence official told lawmakers Russia was interfering in the 2020 presidential vote to help Trump win a second term.

After the congressional briefing, Trump ousted the acting intelligence chief, Joseph Maguire, and replaced him with a political loyalist.

At the news conference, Trump denied reports that Maguire had been ousted from the top spy job, saying he needed to be replaced because of “statute.”

Trump has said he will announce his pick soon for the job, which requires Senate confirmation.

The U.S. intelligence community concluded that Russia had meddled in the 2016 election, though Moscow has denied the assessments. Trump, who is sensitive to doubts over the legitimacy of his win, has questioned those findings and repeatedly criticized American intelligence agencies.

U.S. officials have also said recently that Russia has been mounting disinformation and propaganda campaigns to help Vermont Senator Bernie Sanders, who is seeking the Democratic presidential nomination in this year’s election.

The United States would act against Russia or any other country if they tried “to undermine our democratic processes,” U.S. Secretary of State Mike Pompeo told reporters in Washington.

He did not provide details on what responses Washington would consider, or what kind of activities by foreign actors would solicit a U.S. retaliation.