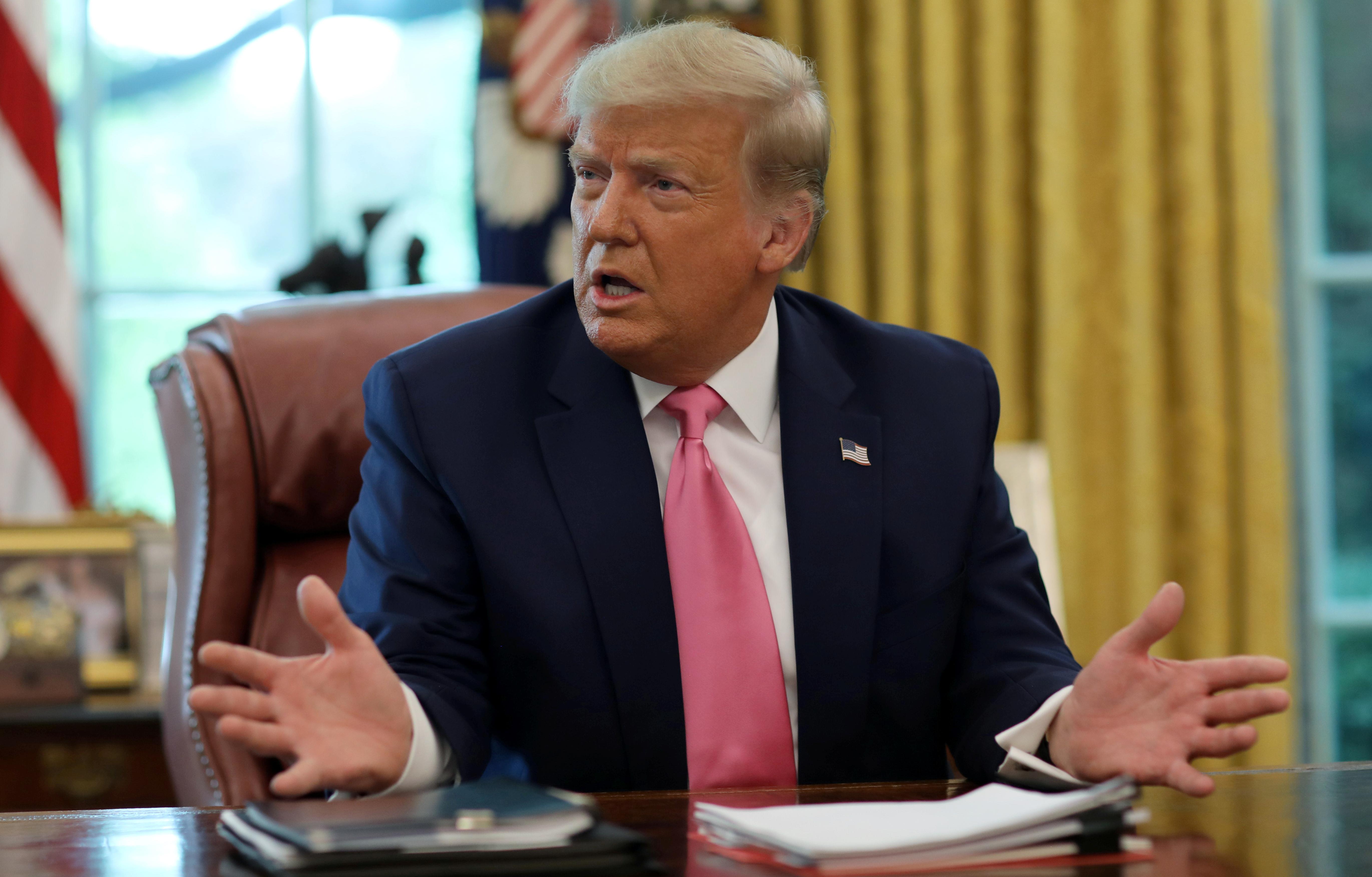 Some agents wore camouflage and used tear gas following more than 50 nights of protests over the May 25 death of George Floyd in Minneapolis police custody.

New York Mayor Bill de Blasio and Chicago Mayor Lori Lightfoot said they would sue here if Trump followed through, while predicting he would not.

“The president is not the king,” said Kent Greenfield, a Boston College law professor specializing in constitutional law. “The president does not have the ability to require states to enforce their laws in a certain way, or to elbow aside their law enforcement abilities.”

Federal law gives Acting Secretary of Homeland Security Chad Wolf power to deputize agents to protect federal properties, such as the federal courthouse in Portland, and people there.

White House Press Secretary Kayleigh McEnany said on Tuesday that this enforcement power may extend beyond the physical boundaries of federal properties.

“Where you have someone shooting off a commercial-grade firework and then running across the street, we don’t believe that that extends past our jurisdiction,” she said.

Most protests nationwide about police misconduct and racism have been peaceful. And while some crime rates, including for murders in Baltimore and Chicago, are high, many major U.S. cities are safer than they once were.

“There is no federal statute agents are enforcing by engaging with protesters,” said Jimmy Gurule, a University of Notre Dame law professor. “My concern is whether their protection of federal property is a ruse to interfere with protesters’ free speech.”

Wolf on Tuesday defended the Portland deployment, saying at a press conference that agents are identifying themselves as law enforcement, and “only targeting and arresting those who have been identified as committing crime.”

Under the U.S. Constitution, state governors generally have authority to maintain order within their states’ borders.

That idea is reflected in the Posse Comitatus Act, which generally bars the federal military from participating in domestic law enforcement.

However, Ohio State law professor Peter Shane said that law allows unilateral action when it is impracticable to otherwise enforce U.S. laws in court, or local authorities are depriving some people of equal protection.

He said neither situation exists now, and Trump’s references to Democratic-led cities “heightens the concern” he is depriving them of due process.

“It suggests his rationale is pretextual,” Shane said.

Greenfield distinguished the current situation from 1957, when President Dwight Eisenhower sent Army troops to stop violence over the integration of a high school in Little Rock, Arkansas, and 1962, when President John F. Kennedy sent federal agents to help integrate the University of Mississippi.

“Those were cases when a state was refusing to enforce federal law, or was hostile to enforcing it,” he said. “You don’t have open rebellion.”