Former First Minister Alex Salmond appeared on talkRADIO to discuss his election campaign and faced a grilling from host Julia Hartley-Brewer. After discussing how Mr Salmond hopes to win his “supermajority” to increase pro-independence MSPs in Holyrood, Ms Hartley-Brewer pointed to a poll that suggests two-thirds of respondents believe he his unfit for office. The Scottish politician was taken aback as he went on to defend his party by highlight his alternative growing support in Scotland.

Speaking on talkRADIO, host Ms Hartley-Brewer asked Mr Salmond: “After all these allegations made against you and everything that was brought back up again during the Holyrood inquiry.

“After you were exonerated in a court by a jury, two-third of voters said in a poll they think you are unfit for office.

“Why do you think they still think that?”

Mr Salmond sighed and said: “Well because all they’ve heard from me for two and a half year is the trials and tribulations. 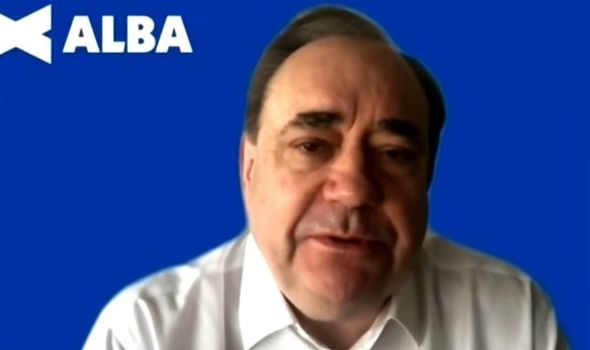 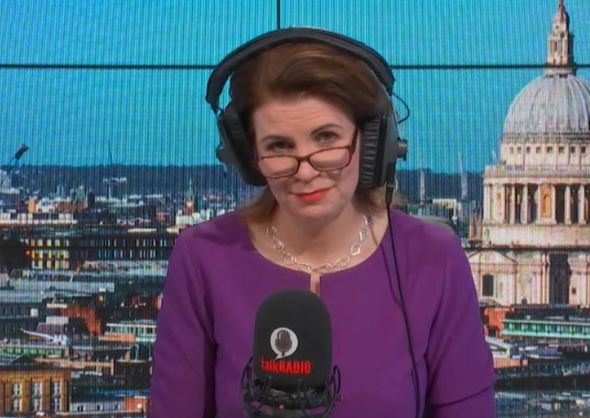 “I haven’t been able to talk about politics during that time.

“As you see us speaking about politics and the future of the country then you’ll see that dial shift as well.

“And incidentally, if Alba is doing so well after three weeks of getting registered support and gaining MSPs with me as leader then there must be something really strong behind the Alba message.

“We will see that shift as we talk about what I always believe to be the most important and noble cause of all, independence.” 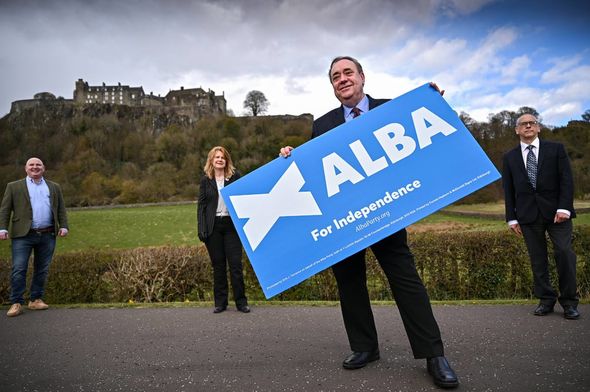 The Scotsman commissioned a poll that asked over a thousand Scots their opinions of party leaders in the UK.

Mr Salmond ranked bottom on the poll with a net favorability rating of -51 percent, which is 23 points lower than Prime Minister Boris Johnson.

Around two-thirds who responded said Salmond was “untrustworthy, dishonest and disingenuous.”

A shocking 63 percent said Mr Salmond was unfit for office.

But nearly 50 percent said they did believe the Alba party leader was is intelligent. 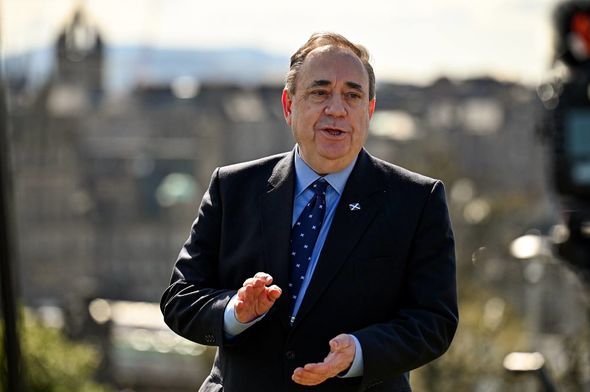 Mr Salmond hopes to achieve his “supermajority” by increasing the number of pro-independence MSPs in Holyrood to give a mandate for a referendum.

Alba will only campaign in regional list seats – an area the SNP do not typically do well in – to not split support.

Scottish voters are given two votes as part of the Additional Member System which votes for a constituency and a regional MSP.

But the system punishes parties who do well in constituency seats by limiting the number of eligible votes they receive in regional seats.

While the SNP gains a lot of votes in both areas they are ultimately punished and have their powers limited because of their constituency success.