WASHINGTON (Reuters) – U.S. Attorney General William Barr said on Wednesday that mail-in ballots for the Nov. 3 election could be vulnerable to fraud, echoing an argument President Donald Trump has made to denounce the use of voting by mail. 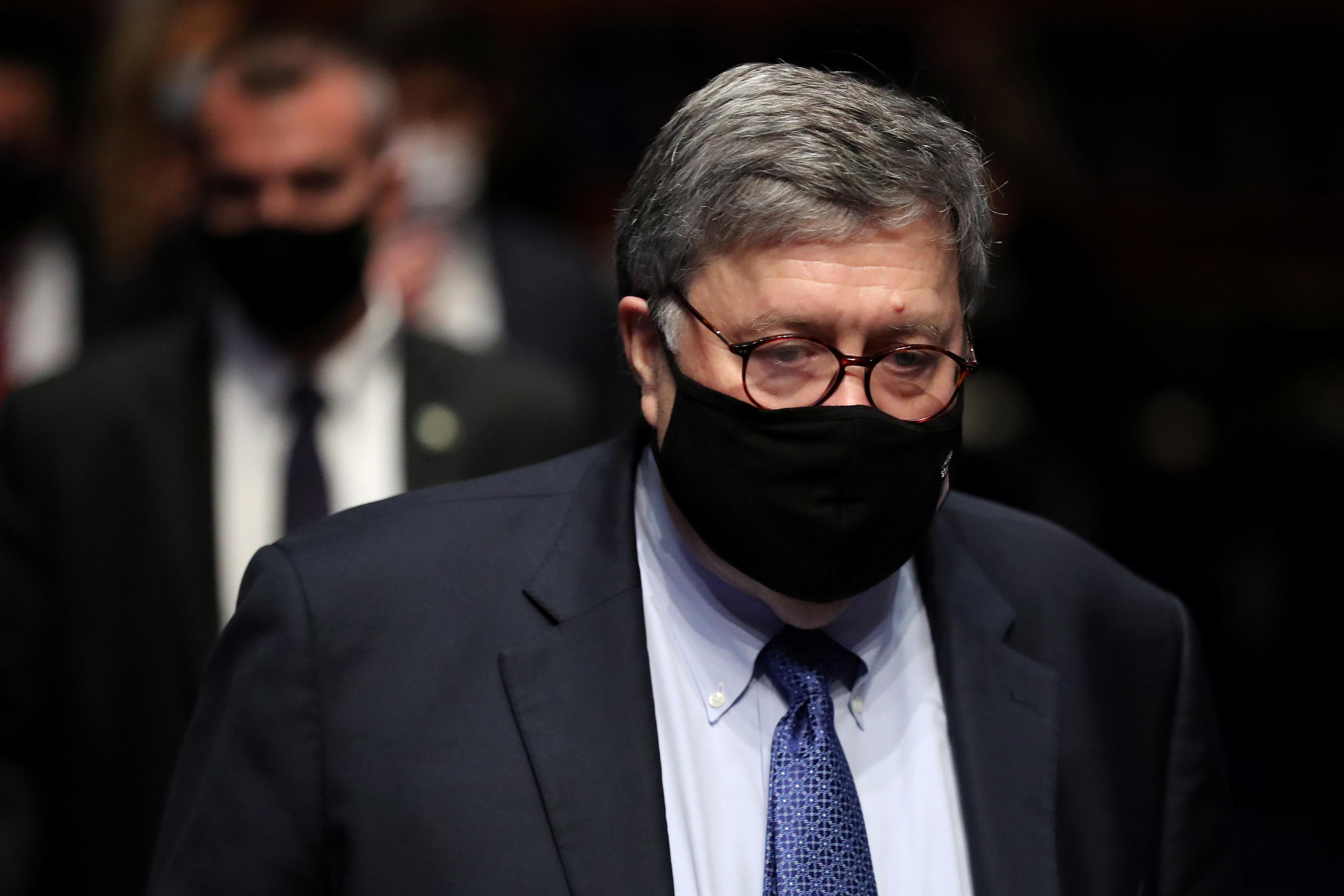 “People trying to change the rules to this methodology, which, as a matter of logic, is very open to fraud and coercion. It’s reckless and dangerous, and people are playing with fire,” Barr said in an interview with CNN.

Barr cited a 2005 report by the Commission on Federal Election Reform bit.ly/3jGm9Rb, chaired by former President Jimmy Carter and former Secretary of State James Baker, which concluded that absentee ballots are the largest source of potential voter fraud.

“Since that time, there have been in the newspapers, in networks, academic studies, saying it is open to fraud and coercion,” Barr said. “The only time the narrative changed is after this administration came in.”

He said there are a number of ongoing investigations into voter fraud, “some very big ones in states.”

A record number of mail-in ballots are expected for the Nov. 3 election due to concerns about in-person voting during the coronavirus pandemic.

Trump has accused Democrats of trying to steal the election by pushing the use of mail-in voting. Democrats have said Trump and fellow Republicans are attempting to suppress the vote to help their side.

In an interview with WECT-TV in Wilmington, North Carolina, Trump suggested voters should vote twice, once by mail and once in person, to make sure their vote was counted.

“So, let them send it in and let them go vote,” he said. “And if the system is as good as they say it is then obviously they won’t be able to vote” in person. Voting more than once in an election is illegal.

Barr said arrangements could be made at polling stations to protect people from the coronavirus and that people with pre-existing conditions who are particularly vulnerable could get an absentee ballot.

He also raised the specter of a foreign government counterfeiting U.S. ballots, although he said he had seen no evidence of such an effort.

Barr said he believes China is more of a threat than Russia when it comes to interfering in the election. “I’ve seen intelligence. That’s what I’ve concluded,” he said, without offering details.

But Barr said there was “some preliminary activity that suggests” Russia might try to interfere again in the election. “It wouldn’t surprise me if Russia tries something again,” he said.

Former Special Counsel Robert Mueller concluded that Russia used a campaign of propaganda and hacking to boost Trump’s candidacy in the 2016 election.